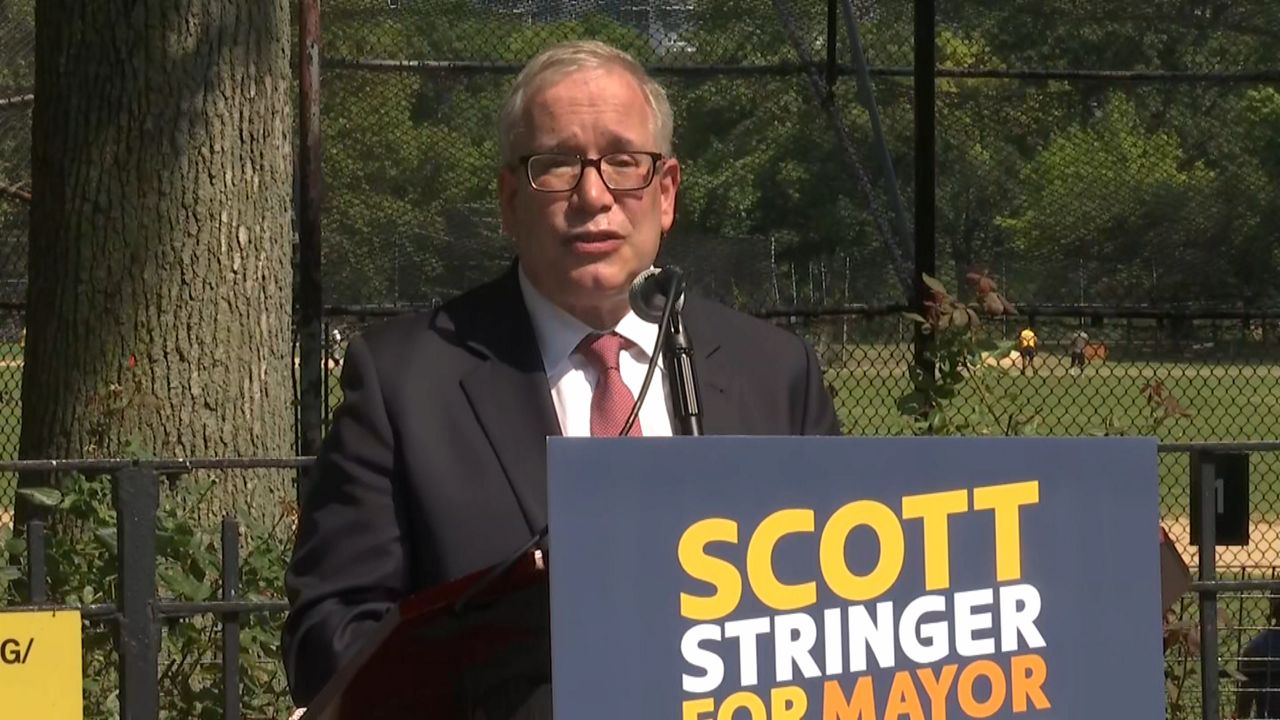 City Comptroller Scott Stringer, who has spent more than 20 years as a politician with deep ties to Manhattan's Democratic establishment, officially announced his bid for mayor on Tuesday, seeking to brand himself as a progressive candidate with the managerial experience to lead the city as it weathers one of the most significant crisis in recent years.

"This city deserves leadership as good as its people — as tough, as creative, and as determined," Stringer said during a news conference in Inwood Hill Park, not far from the neighborhood where he grew up in northern Manhattan. "We can and we must bring leadership back to City Hall and build a city for everyone. I am announcing my candidacy for mayor of the great city of New York."

In his remarks, Stringer took aim at Mayor Bill de Blasio and his legacy, saying the current administration has done more to exacerbate the city's inequalities despite a vow more than seven years to close the wealth gap. He said those inequalities have been further exposed by the COVID-19 pandemic, which disproportionately impacted low-income people of color in the city's poorest neighborhoods.

"The fact is, we never closed the book on the 'Tale of Two Cities," Stringer said in reference to de Blasio's campaign slogan in 2013. "If anything, over the last eight years we've written more chapters."

Stringer made the announcement flanked by family and supporters. He spoke of his upbringing in the neighborhood, raised by a single mom whom he recently lost to the coronavirus.

"It is because we love this city that we must acknowledge that we have a public health crisis, an economic crisis, and a social justice crisis raging all at once," Stringer said. "And I believe we can overcome them all. I believe in this city’s future."

Stringer, who was elected as city comptroller in 2013 after serving as Manhattan borough president, sought to paint a picture of a city still deeply divided along racial and economic lines all put in stark detail as a result of the pandemic.

"I do not presume to know what it was like to live through this pandemic in a place where it hit the hardest. I do recognize that Elyse and I have a level of privilege that is shared by a relative few in this city and that our challenges do not compare to the trauma experienced by many," Stringer said.

Stringer's official jump into the race had been expected for months and he has publicly spoken about his intentions to run for office, in addition to raising money for more than a year. He is the first to officially enter what is expected to be a crowded mayoral field ahead of the 2021 primary.

On Tuesday he was backed by several supporters who touted his record and platform, including State Senators Jessica Ramos, Alessandra Biaggi and Assemblywoman Yuh-Line Niou, progressive candidates whom Stringer endorsed during their races in 2018. The three women would go on to unseat Albany incumbents and have become rising political stars in the state's Democratic Party.

Stringer, a white middle-aged man, will face off against what is expected to be a diverse field of candidates seeking to capitalize on the ongoing national reckoning over race and sexism. He is also likely to be painted as a establishment candidate who has been in public office most of his adult life. Stringer will also be running in the city's first municipal election to include ranked choice voting.

The thought seemed to be present, as he walked the streets of Riverdale during the first stop of his mayoral campaign tour meeting voters and asking them to "make sure you vote number one."