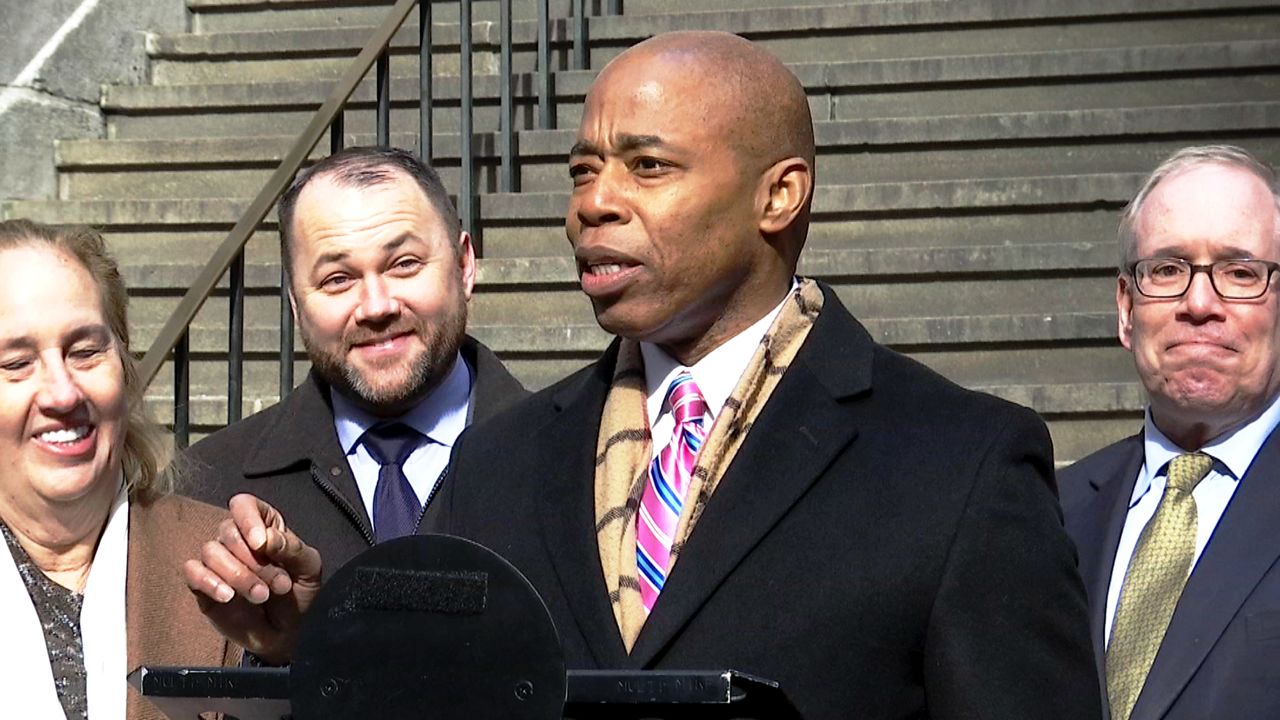 NEW YORK - The way New Yorkers vote in municipal elections is about to change and there is little more than a year to learn the new system.

Lawmakers, good government groups and supporters of the new system held a rally on the steps of Federal Hall on Wednesday, calling on the city to increase voter outreach to inform New Yorkers about the upcoming changes.

"It's so important to make sure that all New Yorkers have the information that they need to rank their ballot in June of 2021," Lerner said.

So in a show of unity -- at least for now -- three high profile officials, including Council Speaker Corey Johnson, City Comptroller Scott Stringer and Brooklyn Borough President Eric Adams -- who are all expected to run for mayor gathered to pledge support. They said they are willing to hold information sessions, town halls and even set aside tax payer dollars to educate voters.

"We're united all of us, who are running for office across New York City," Johnson said.

And here is how it will work: Instead of filling out the bubble next to a candidate, voters would rank their candidates in order of preference. If no one gets a majority, the worst performing candidate is eliminated and their votes are redistributed until someone gets more than 50 percent of the vote. Supporters of the new system are hoping it will lead to less negative campaigning, more substantive elections and remove some of the bare knuckle tactics that have routinely characterized running for office in New York.

Some of the future candidates are hopeful.

"It really should motivate candidates, not just citywide but locally to be in every neighborhood, to talk to every constituency to try to build that consensus," Stringer said.

Meanwhile others are ready to get in the ring.

"Trust me, it's going to be a dirty campaign, but the key here is a good system becomes a great system when you spread the information," Adams said when asked how ranked choice elections would affect his eventual campaign style.

Another concern comes around the reporting of actual results from ranked-choice voting.

Experts say in a change from current practice, we may not know the final tally until well after primary day.