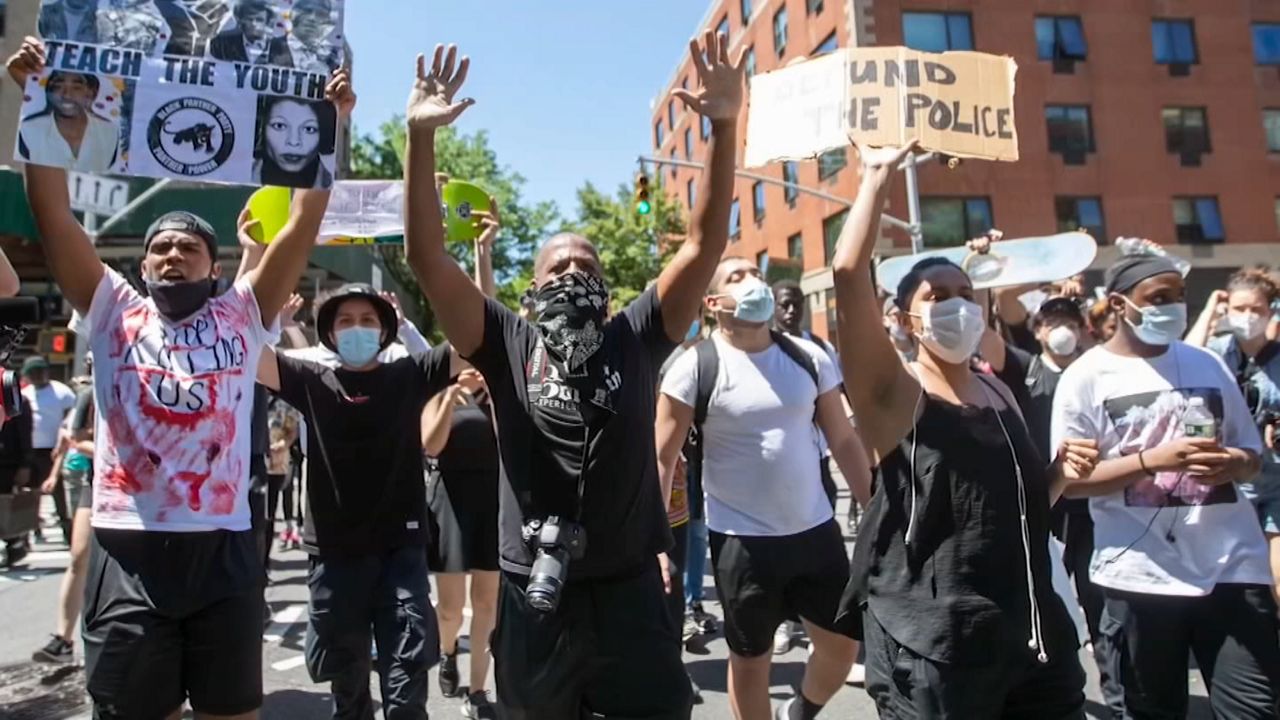 New Yorkers won't begin the process of picking Bill de Blasio’s successor until next June, but the 2021 race for mayor already appears to be changing by the day.

Camille Rivera, a political strategist and former labor organizer at New Deal Strategies, said it's not too early to discuss the upcoming mayoral race.

"If the candidates in the mayoral race haven't started to revamp and rethink their campaigns, they're late to the game," Rivera said.

Christina Greer, associate professor at Fordham University, said the ideal candidate should speak to all issues that most New Yorkers are thinking about now: the ongoing COVID-19 crisis and city-wide consternation about the relationship between police and communities of color.

"A successful candidate would be able to weave together a narrative that makes sense for New Yorkers," Greer said. "Making sure they touch on unemployment, crime, and COVID in one larger tapestry that affects New Yorkers."

When COVID-19 hit in March, it killed more than 20,000 New Yorkers, sunk the local economy and caused a fiscal crisis that is still deepening. Now, unemployment is climbing, hundreds of thousands have taken to city streets demanding police reform, and concerns are growing about a spike in crime.

In a New York minute, the political ground has shifted for those with their eyes set on City Hall.

Three of the most prominent likely mayoral contenders are rethinking their campaigns. A bruising budget battle over NYPD funding, which left both left wing police reformers and centrist Democrats unhappy, has left City Council Speaker Corey Johnson on the defensive.

"Was it the exact amount of money that I wanted? No. I wanted more," Johnson said Tuesday during a radio appearance on The Brian Lehrer Show. "I understand why people are disappointed, this is the beginning, not the end. We are not going to solve policing in New York City in five weeks."

Scott Stringer has enjoyed the benefit of directly criticizing de Blasio and Johnson's budget compromise from his perch in the comptroller's office, without the pressure of having to make major decisions for the city.

"Trying to get to this false $1 billion was a way I think of mollifying some of these protesters and the advocates who really want to see fundamental changes in policing and also resources in communities that have been challenged by the covid virus," Stringer said Wednesday.

Then there is Brooklyn Borough President Eric Adams, a former member of the NYPD who is viewed as a possible law and order candidate, but he will have to balance his experience as a police officer with the calls for police reform and those who are worried that the city's recent uptick in shootings and rampant unemployment is a volatile mix that spells a decline in city life.

During a rally on the steps of Brooklyn Borough Hall on Wednesday, Adams stressed gun violence in the city primarily impacts communities of color.

“One hundred and one people were shot in a seven day period, look at the ethnicity. Not one white," Adams said. "The response was deafening from the black community, but it was also deafening from the white community. The victims of gun violence are black and brown."

Political observers say all candidates have readjustments to make.

"All of them have pros and cons, things that they have to challenge. I think this race is wide open. Voters want to see experience and ability to rein in a system they feel they are not in control of," Rivera said.

There could also be other candidates waiting in the wings, including Maya Wiley, a former counsel to Mayor de Blasio who has been building a national profile speaking on issues of policing. She has said she is seriously considering a run.

Another unknown will be the fallout after the upcoming presidential election — whether President Trump is reelected or the Democrats recapture the White House.