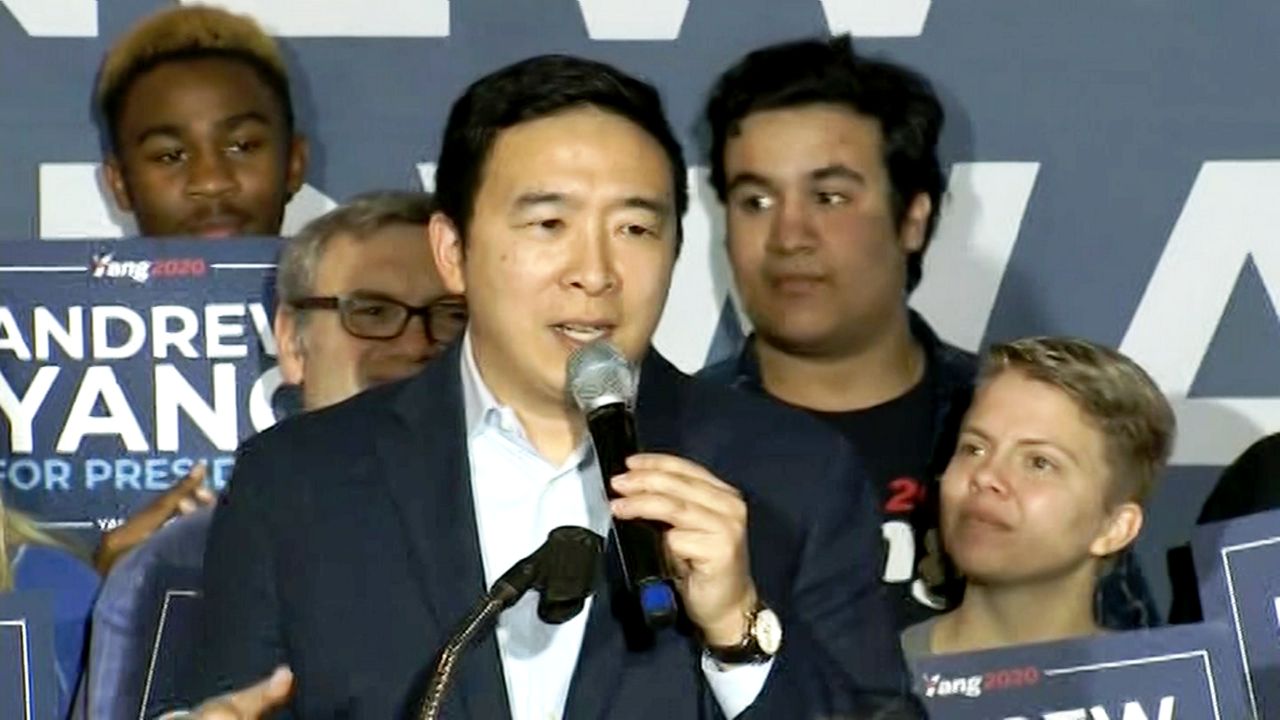 NEW YORK - Andrew Yang shut down his campaign for president following poor performances in Iowa and New Hampshire, but he’s opened the door to other opportunities, including a bid for mayor next year.

“It’s incredibly flattering to be thought of in that role," Yang told MSNBC. "I am a New Yorker and I think Mike Bloomberg did a great job as mayor, so he would know. We haven’t ruled anything out at this point. I will say I’m more attracted to executive roles than legislative ones because I think you can get more done, you can get your hands dirtier.”

The Manhattan entrepreneur, who ran an unconventional campaign based on a universal basic income proposal, was responding to an encouraging tweet by a top aide to former Mayor Michael Bloomberg. Yang’s would-be opponents for City Hall were diplomatic about his prospective entry into the race.

“I think he’s an exciting candidate who’s done a tremendous amount at the national level in putting forward UBI," City Council Speaker Corey Johnson said. "I think he outperformed everyone’s expectations. He’s a New Yorker. He has a great story.”

“I will consider him No. 2. I have to,” City Comptroller Scott Stringer said with a smile.

“I would love to see something next from Andrew Yang in a public realm, because I think that even though the Yang Gang movement isn’t about him," said Jennifer Mahlman, who volunteered for his campaign. "It’s about the policies. It’s about the ideas. He as an individual has brought those policies to the forefront and has given so many of us the hope towards the future.”

These fiercest backers — many of whom said they were not politically active before this race and spent weeks canvassing for Yang in early states — said the movement is just at its beginning.

“I think that’s one of the wonders of this campaign is that it has inspired so many young people to step up and realize that there may be a path forward in local politics," said campaign volunteer Grainne Feick. "There’s so many things that we’ve taken for granted previously. And I thank Andrew’s campaign for instilling in me the idea of wanting to pursue local office.”