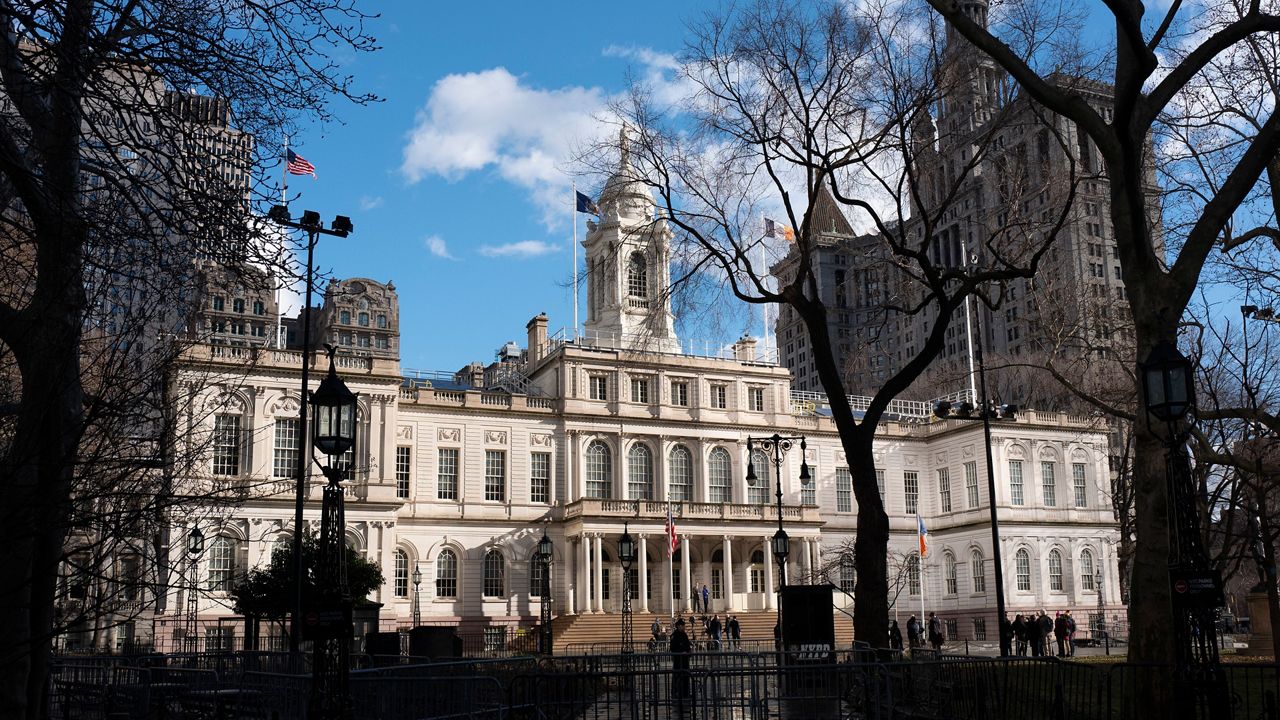 A file image of New York City Hall in the distance. AP.

2021 Race for Mayor is Heating Up, But No Clear Progressive Candidate Has Emerged


Whoever occupies City Hall next will have more than the usual full plate: The city is in an economic tailspin and likely won’t be out of it by 2022. One million people and counting are out of work. Coronavirus ravaged the five boroughs in ways New Yorkers are still struggling to comprehend, and now a slow reopening effort is a daily reminder the New York City of the not-so-distant past may not return for a while.

In the midst of this, there has been a sudden political energy in the city.

Months of quarantine broke off into weeks of anti-police brutality protests. Thousands of New Yorkers took to the streets demanding structural change, culminating in an ugly fight over NYPD funding. And yet, no clear progressive champion has emerged.

"I think what we're seeing is an incredible amount of energy for transformative, progressive change and no incremental adjusting along the edges," said Monica Klein, a political strategist who works with progressive candidates. "We have politicians who are running who have been around for years — there is clearly a disconnect between what voters are looking for and what the mayoral field looks like right now.”

That energy has already resulted in results at the ballot box. The left secured a round of primary wins in recent weeks after a handful of Democratic Socialists of America-backed candidates unseated incumbents in the state legislature. Those aligned with the left flank of the party are hoping to take that same energy into the 2021 mayoral cycle, but they acknowledge no clear candidate has emerged yet.

Chi Anunwa, co-chair for the New York City Chapter of the Democratic Socialists of America (DSA), said there is still time for a candidate to emerge. Anunwa stressed DSA backing comes with more than “just a paper endorsement.” According to Anunwa, candidates who receive the group’s help can also tap into their vast grass roots network and volunteers.

"For the mayoral race, the left would want to coalesce around a candidate that is aligned with the movement," Anunwa said. "A rising movement against austerity, against police brutality, against the status-quo. So far I don’t think that candidate has emerged.”

There are some familiar faces in what is expected to be a crowded Democratic field. City Council Speaker Corey Johnson, City Comptroller Scott Stringer, and Brooklyn Borough President Eric Adams have all been publicly eyeing mayoral runs for months.

All three have been reshaping their strategies for a mayoral campaign in the age of COVID-19.

Johnson was badly bruised by a budget fight that angered activists and made no one happy; Stringer has managed to levy criticism at both the mayor and Johnson while not having to actually make hard decisions; and Adams, a retired police captain, has latched on to a recent increase in gun violence to suggest the city is heading in the wrong direction. 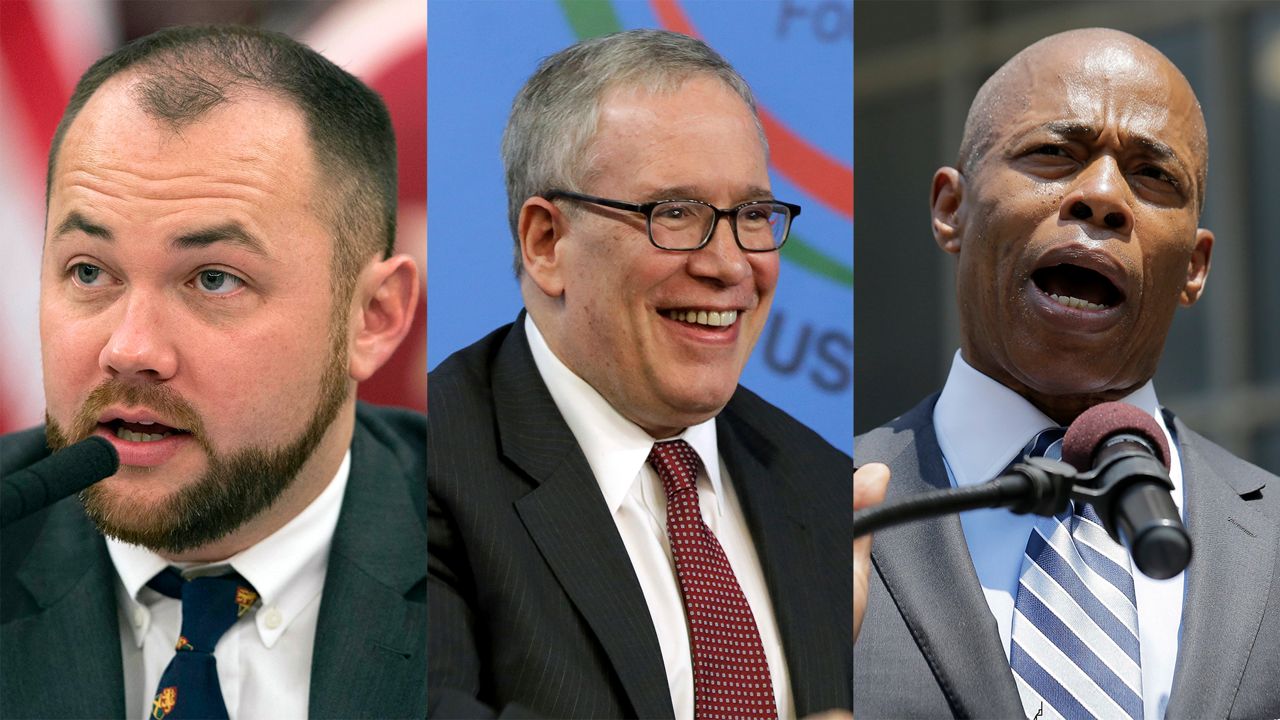 But, as the primary starts to come into focus, it's not clear if the same issues animating protesters now will drive them to the ballot box in 2021.

Longtime political observers suggest the next mayoral race will also be defined by where the candidates were while the city was in the throes of the most severe economic crisis in years. Mitchell Moss, Professor of Urban Policy & Planning at New York University, said voters will be looking for a candidate who understands how to help the city recover from the COVID-19 crisis.

There are also the lesser known, still rumored, and the officially declared candidates: Loree Sutton, who formerly lead the Department of Veteran Services, and Dianne Morales, a nonprofit executive seeking to become the city's first Latina mayor. Raymond McGuire a Wall Street executive, is said to still be eyeing a mayoral run, along with Shaun Donovan, a former housing secretary and budget director under President Barack Obama.

And on Tuesday, Maya Wiley, who formerly served as Mayor Bill de Blasio's chief counsel and has been working as a prominent political commentator on MSNBC, appeared to be taking another step towards making a run.

A spokesperson at MSNBC confirmed Wiley will no longer appear on the network as she continues to explore a potential run. Sources close to Wiley say she has not made a final decision, but she has been calling lawmakers in recent days letting them know of her interest in running. 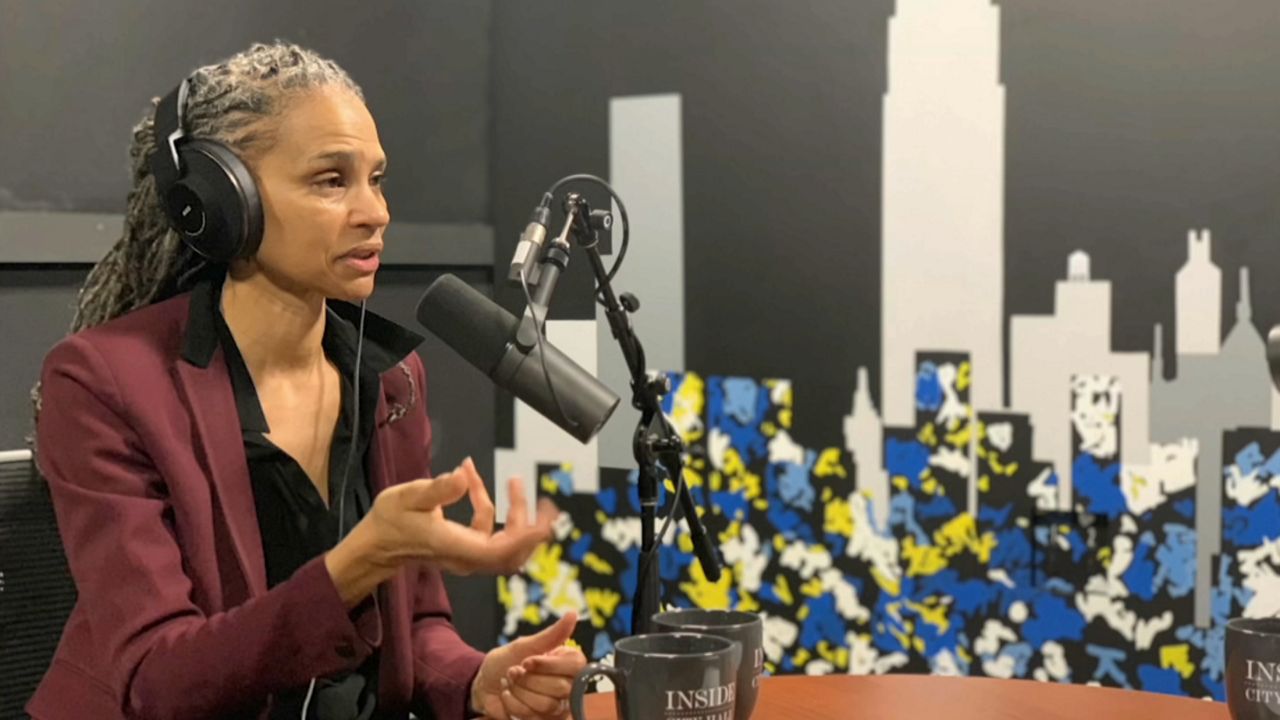 (Maya Wiley, a former top aide to Bill de Blasio, may join a crowded Democratic primary field in the race to succeed him at Gracie Mansion.)

With no clear ally on the left, progressives acknowledge there is the risk for a backlash candidate to capture a wide section of the vote. A recent increase in crime and an economy on the edge of collapse could give way to a centrist. The city will also be in dire need of help from Albany and the federal government, which will both play key roles in the city’s recovery effort.

"The biggest thing we need probably in a mayor that is neither progressive or not — it just has to do with who you are, what your personality is, we need an ambassador in Washington and in Albany,” said Ravi Gupta, co-founder and managing partner at Arena, a nonprofit and political action committee which helps train and support candidates and campaign staff.

As candidates refocus their campaigns toward a platform that tackles life in a post-pandemic city, one thing looks clear: New York voters of every stripe will likely be looking for a big change after eight years of de Blasio.

"Whether you are a conservative in Staten Island or you're a liberal in the West Village, you are probably frustrated with this mayor, so what that means is whoever comes in has an opportunity to do something big,” Gupta said.