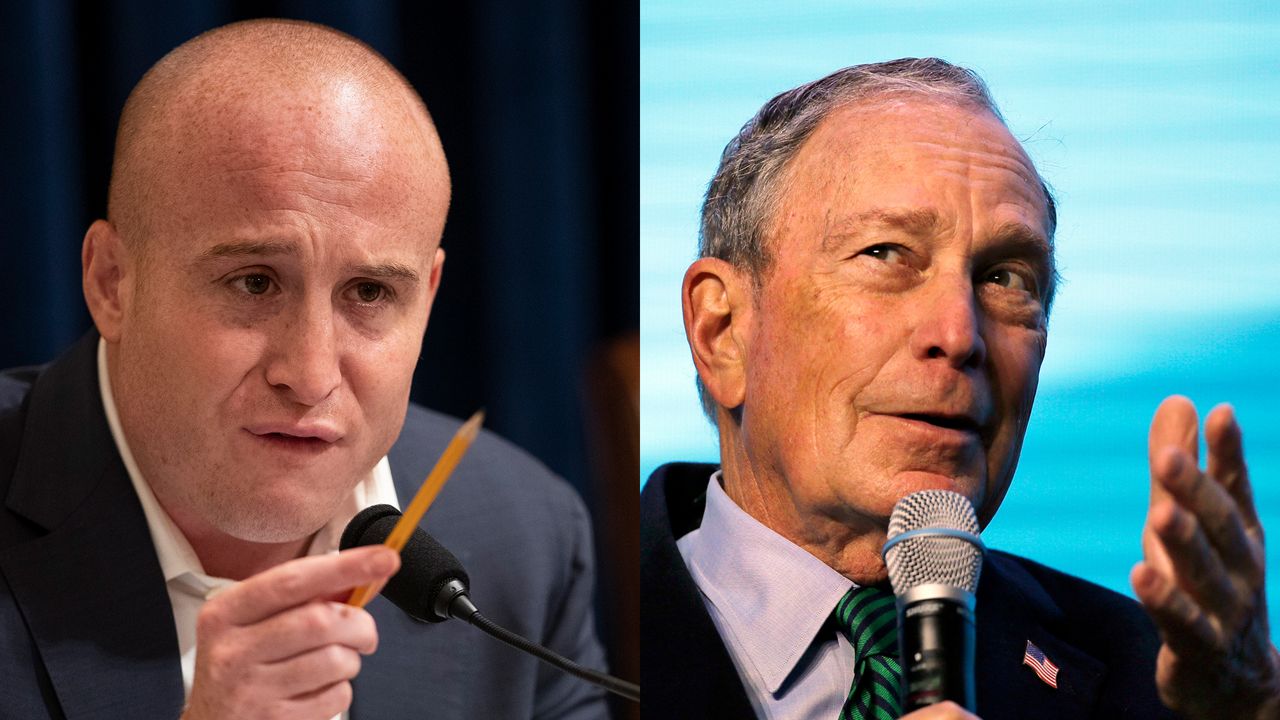 A small group of fellow mayors across the country have backed Mayor Michael Bloomberg's longshot run for the White House.

But on Monday an endorsement came from much closer to home: Staten Island Rep. Max Rose officially endorsed Bloomberg's bid for president.

It is the first congressional endorsement for Bloomberg. Back in 2018, Bloomberg actually supported then-Rep. Dan Donovan. Rose beat Donovan, a Republican, to flip the seat to Democratic hands.

In a statement, Rose said, "Mayor Bloomberg's even keeled and visionary leadership is what we need to reduce the chaos, partisanship and hyper-vitriol that has overtaken Washington."

Rose was not available to go on camera.

It follows a busy few days for the former mayor. On Monday, he released an op-ed saying the primary calendar needs to be re-ordered to prioritize more diverse states. That came after he crisscrossed Texas by bus with his biggest endorsement yet: Judge Judy.

Over the weekend, Bloomberg reiterated his commitment to helping the Democratic nominee —even if it isn't him — beat President Donald Trump. He could spend a billion dollars on that effort.

Bloomberg's campaign, and the millions of dollars of spending on advertising that goes along with it, is clearly getting some attention.

The president went after this ad Monday morning, tweeting that "Bloomberg is spending a lot of money on "false advertising."

Mini Mike Bloomberg is spending a lot of money on False Advertising. I was the person who saved Pre-Existing Conditions in your Healthcare, you have it now, while at the same time winning the fight to rid you of the expensive, unfair and very unpopular Individual Mandate.....

That tweet from the president was criticized and widely found to be inaccurate.