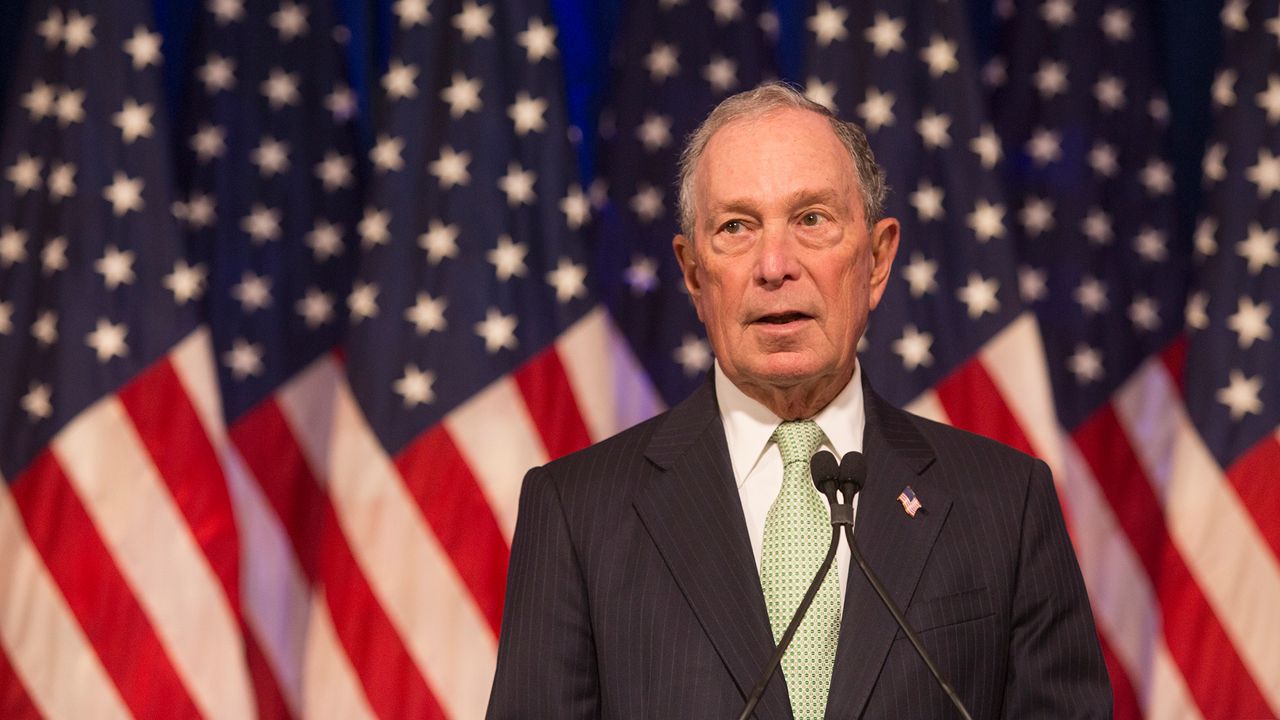 Michael Bloomberg during remarks to the media at the Hilton Hotel on his first campaign stop in Norfolk, Virginia, on November 25, 2019. Bill Tiernan/AP.

Mike Bloomberg is one of the wealthiest people in the world — 14th richest, according to Forbes, with a current net worth of about $54 billion.

Already, his fortune has allowed him to buy up more than $30 million worth of campaign ads in states across the country, but it's also made him a target.

"Multi-billionaires like Mr. Bloomberg are not going to get very far in this election," Democratic presidential candidate Vermont Sen. Bernie Sanders said at a campaign event.

Bloomberg's wealth would seem to be a handicap in a Democratic primary dominated by talk of wealth inequality, corporate greed, and the corrupting influence of money in politics.

Sanders says "billionaires should not exist." Fellow candidate, Massachusetts Sen. Elizabeth Warren, has made her wealth tax a campaign centerpiece. Bloomberg in January said her proposal is probably unconstitutional, and defended our capitalist system, invoking Venezuela as a cautionary tale.

And it's that stance — pro-business, defender of Wall Street — that could hurt Bloomberg.

As mayor, he defended the likes of JPMorgan Chase CEO Jamie Dimon when protesters marched to his Upper East Side home.

"Jamie Dimon is one of the great bankers. He's brought more business to this city than maybe any other banker," Bloomberg said at a 2011 news conference. "To go and to picket him, I don't know what that achieves."

"The First Amendment protects speech. It does not protect the use of tents and sleeping bags to take over a public space," the former mayor said.

Self-funding a campaign, meanwhile, does allow you to make the case you're beholden to no one. But accepting no donations will also shut Bloomberg out of the Democratic debates, which have as a qualifying threshold a certain numbers of donors.

"Mike will accept no contributions," Kevin Sheekey, Bloomberg's campaign manager, said on CNN's At This Hour.

Q: So you're not going to make any debate stage?

Sheekey: Well, not until the DNC [Democratic National Committee] changes the rules, and we'll respect them until they do."