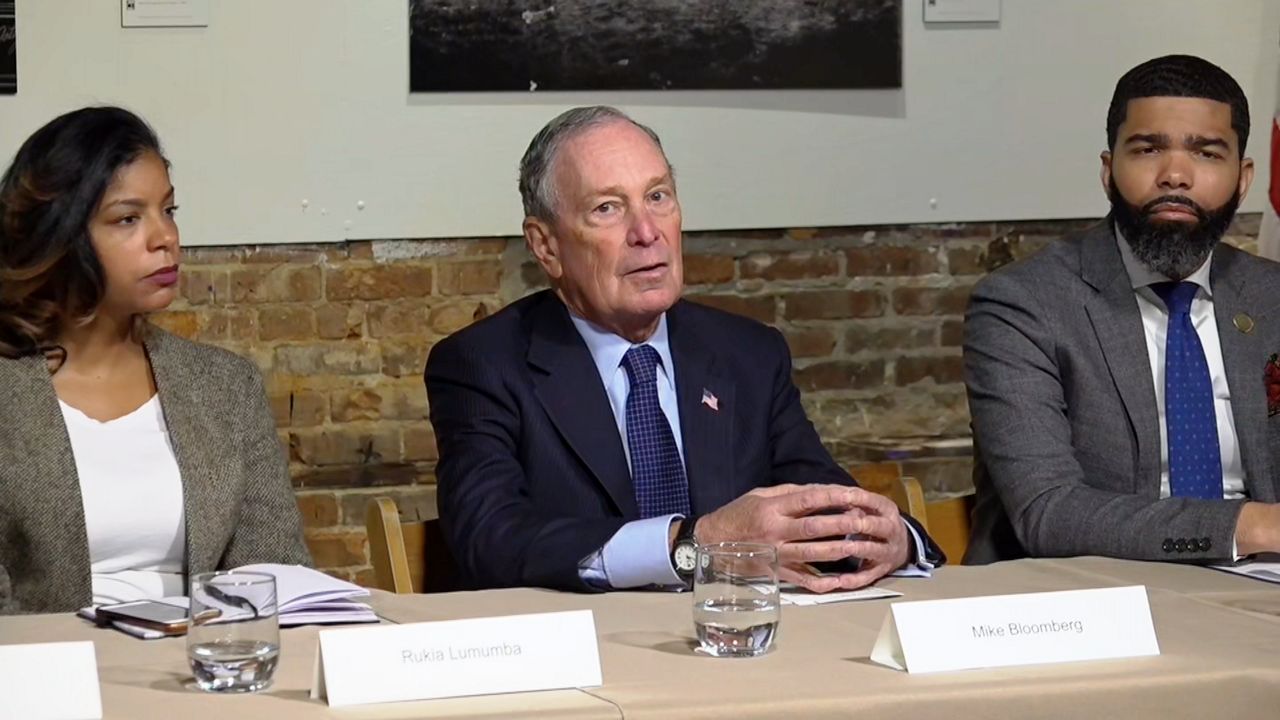 Friday afternoon, the signs were just going up on 125th Street.

It's a familiar name to New Yorkers. This is Mike Bloomberg's first field office here since his re-election campaign in 2009. It will open on Saturday.

"We're just excited to be here opening up our first offices in New York," said John Calvelli, the Bloomberg campaign's New York State director. "We are going to be opening 20 offices across the state, from Buffalo to the tip of Long Island. We are going to make sure we are going to have an opporunity to meet as many voters, constituents as possible to get them to know a little more about Mike Bloomberg and why he is going to be the next president of the United States."

Saturday is a big day for the Bloomberg campaign. His aides are calling it "Day One" of its national campaign to defeat Donald Trump. They say they’re hosting 150 events in states across the country.

"What we have been doing over the last several weeks is really putting together a structure, and we are calling it day one because this is the first day we are all going out there and doing over 100 events across the country," Calvelli said.

Bloomberg already has 800 staffers in 30 states. He says he’s committed to keeping a big portion of them on through the November general election, even if he isn't the Democratic nominee.

His campaign spending, according to one tracking firm, surpassed $200 million  on Friday.

"The U.S. economy is working just fine for people like me. But it is badly broken for the vast majority of Americans," Bloomberg said in Chicago.

All that is topping off a big week for the former mayor, who released his jobs and voting access plans as he criss-crossed the country, and got an endorsement for a household name: Judge Judy.

"He is a brilliant, self-made guy who runs and manages thousands of people and has for 30 years," Judge Judy said.

On Saturday, the former mayor will be about 1,800 miles away from this office in Harlem. He will be aboard a bus criss-crossing Texas.

Bloomberg is skipping the first four primary contests, so we will have to wait almost two months before we know if this strategy will have an impact.