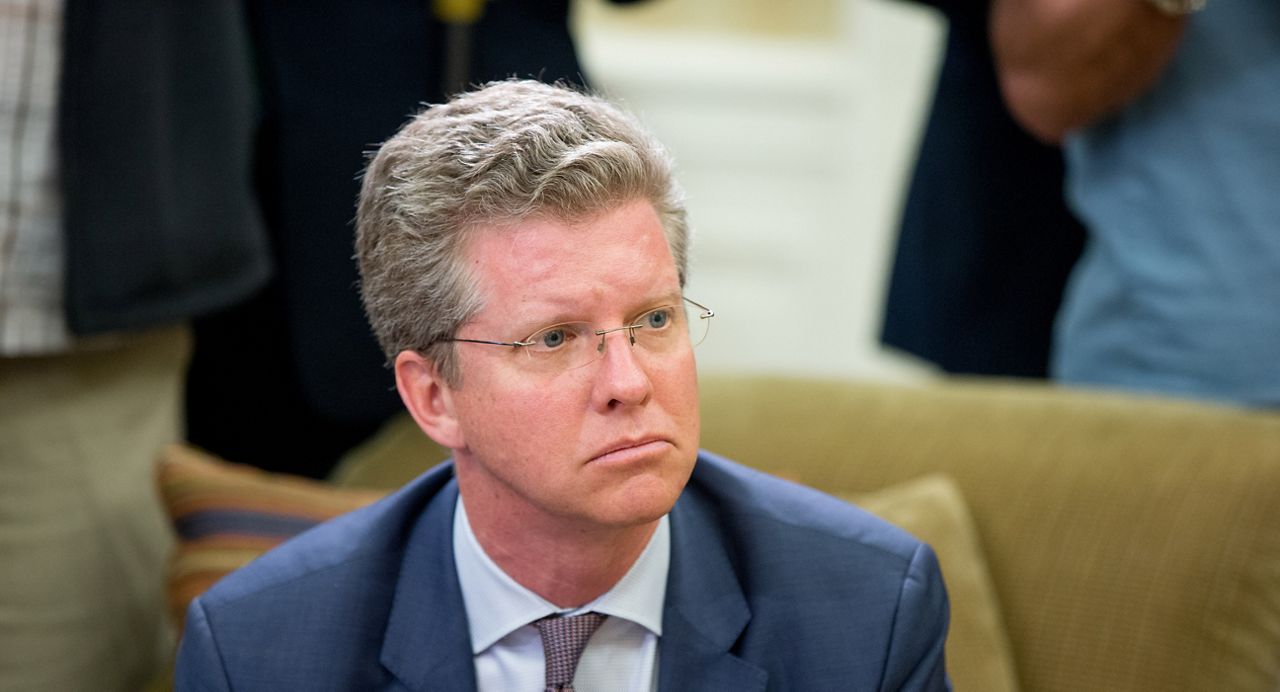 A May 20, 2016, file photo of Shaun Donovan, former budget director for President Barack Obama, in the Oval Office during a press briefing. Andrew Harnik/AP.

NEW YORK — Joined by his wife and sons, with the Manhattan skyline as backdrop, Shaun Donovan on Tuesday officially announced his candidacy for mayor from a windy rooftop in the south Bronx.

We are in crisis. There is fear that the New York we love won’t recover; that the damage will be too much to overcome.

But in my bones I believe we will come back. And I know that we can come back stronger.#ShaunWorks4NYC

The latest entry into the race to succeed Bill de Blasio says his many years of government experience is what the city needs as it fights to recover from a historic set of challenges.

“I believe I’m a unique candidate in this moment of crisis, to lead this city back, to repair, to rebuild and reimagine,” Donovan said.

Donovan served as housing commissioner for Mayor Michael Bloomberg before joining the Obama administration as Secretary of Housing and Urban Development and later serving as budget director.

He was instrumental in creating affordable housing developments like the one in the south Bronx, from where he gave his campaign launch speech.

Among his policy proposals, he wants every New Yorker to be a short walk from a good public school, a park, fresh food, and public transportation.

“We want to create 15-minute neighborhoods for every resident of this city,” he said.

Donovan was supported on his launch day by the former mayors of New Orleans, Miami, and Philadelphia, all who joined via Zoom.

Absent from that group: his former boss, Bloomberg, who was also not featured in Donovan’s launch video, unlike Barack Obama.

Donovan is hoping his experience and relative moderation, in comparison to other more left-leaning candidates, will help him find a lane in the crowded primary, which is a little more than six months away. 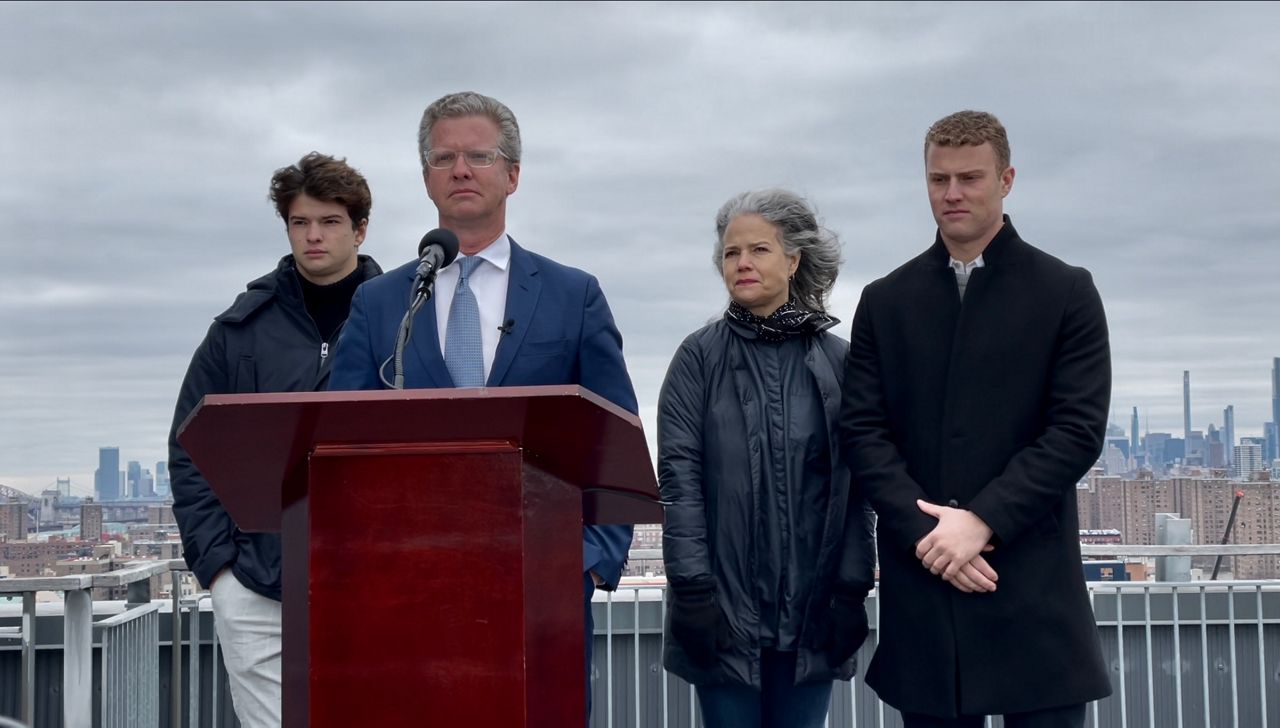 Shaun Donovan, at the podium, at a news conference in the south Bronx on December 8, 2020, officially announcing his campaign for mayor. Juan Manuel Benitez/NY1.

But what about his connection to a three-term mayor who won each of his campaigns with the support of New York’s Republicans?

Asked repeatedly whether he would seek out Bloomberg’s endorsement, Donovan wouldn’t say.

This is Donovan’s first run for office.

Donovan has been raising funds for his mayoral run since early this year. According to the latest data from the New York City Campaign Finance Board, he currently has more than $450,000 in his campaign war chest.

Other candidates in the June Democratic primary for mayor include:

Raised in Manhattan, Donovan now lives with his wife and two sons in Brooklyn.

He’s said he would take the subway every day if elected mayor.