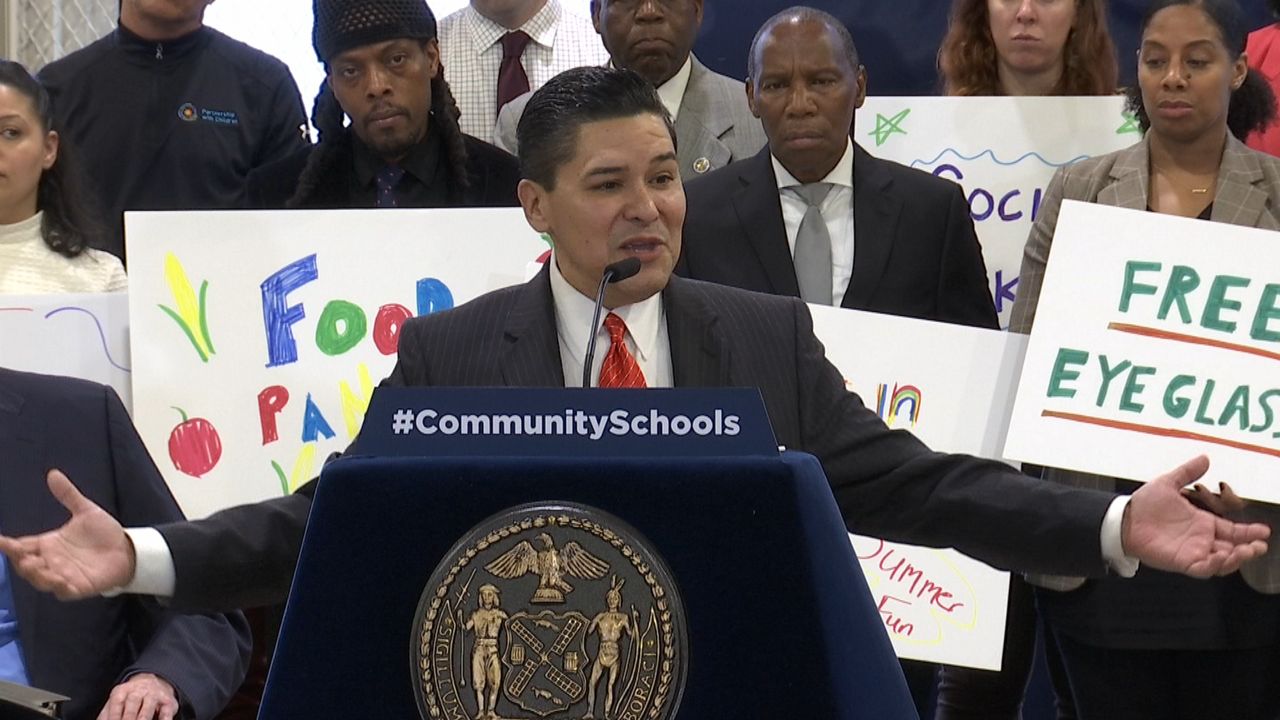 Schools Chancellor Richard Carranza on Tuesday offered a fiery defense of his decision to leave a combative town hall meeting this month.

"It was a setup," Carranza said at an unrelated news conference. "I will talk to parents, I will meet with parents, but I will not be set up, especially when that meeting could not be controlled."

The meeting was in School District 26 in northeast Queens, where parents were on edge after video of one student being physically assaulted at M.S. 158 went viral, and another parent alleged his child was sexually assaulted during the school day. A parent of each child shouted at Carranza at the meeting.

"I don't even know if they were parents. They said they were parents, but there were two individuals that came out of the audience that refused to follow any directions from the chair," Carranza said. "Somebody that stands in the middle of a meeting shouting — not asking questions or asking for answers, but shouting — about their situation and revealing personal information, as an educator, as a professional, that's not about getting answers; that's about creating a show."

He said the two parents helped to rile up people he called "agitators" from outside the district who attended the meeting. That's a reference to protesters who follow Carranza from event to event, shouting that he should be fired. Carranza said some in that group are racist.

"Just look at the posting that gets posted on Twitter and other social media. Just look at the abject racist things that are said about me, go back where I came from, 'taco-eating Carranza,' 'Fire Carranza, ay yi yi,' with the exclamation points in Spanish," Carranza said.

The comments came during an appearance by Carranza and Mayor Bill de Blasio to celebrate a new study that found community schools launched by de Blasio have increased student attendance, discipline, and the likelihood a student will be promoted to the next grade. The schools offer services like vision care, food pantries, and counseling.

The mayor backed up his schools boss while saying he understands the Queens parents' concerns.

"Some people have it out for the chancellor because he is ideologically different than them and because he is trying to shake things up," the mayor said. "That being said, we are going to take care of this situation in this school 110 percent."

Why NYC Public Schools Have Gone to the Dogs