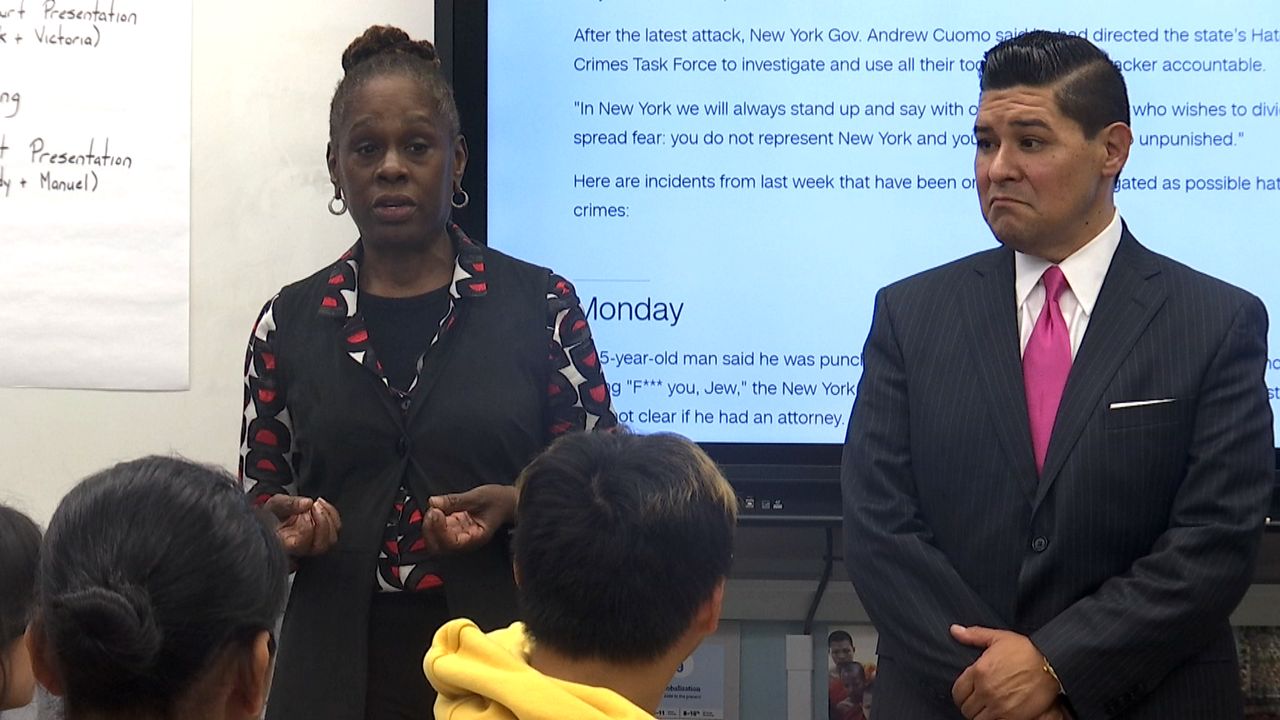 After a spike in anti-Semitic attacks around the city, the city is stepping up anti-hate education in the public schools.

"What is hate? What is a hate crime? What is hateful speech? We want to be very specific in helping teachers have tools and resources so they can be very specific about that particular topic, and we're targeting three districts in which we have a significant population of Jewish New Yorkers," said Schools Chancellor Richard Carranza.

"We're here today in solidarity with our Jewish brothers and sisters because of the terrible anti-Semitic attacks that are really sending ripples of pain across so many of our communities," McCray said.

The city says the school curriculum already teaches about anti-Semitism and the Holocaust, but lessons on Jewish culture and hate crimes will be added in selected districts.

At Franklin Roosevelt, Carranza, McCray and other city officials took part in discussions with sophomores about the recent attacks.

This public school shares a neighborhood with many yeshivas - those are Jewish day schools - and the schools chancellor says that even if students aren't attending the same schools, the more they know about one another and one another's cultures, the less likely they are to hate one another.

Carranza said he has experienced hateful comments himself as a second-generation Mexican-American.

The additional anti-bias education will be added to districts in Crown Heights and Williamsburg and this one in Borough Park, communities in Brooklyn with large concentrations of Orthodox Jews.