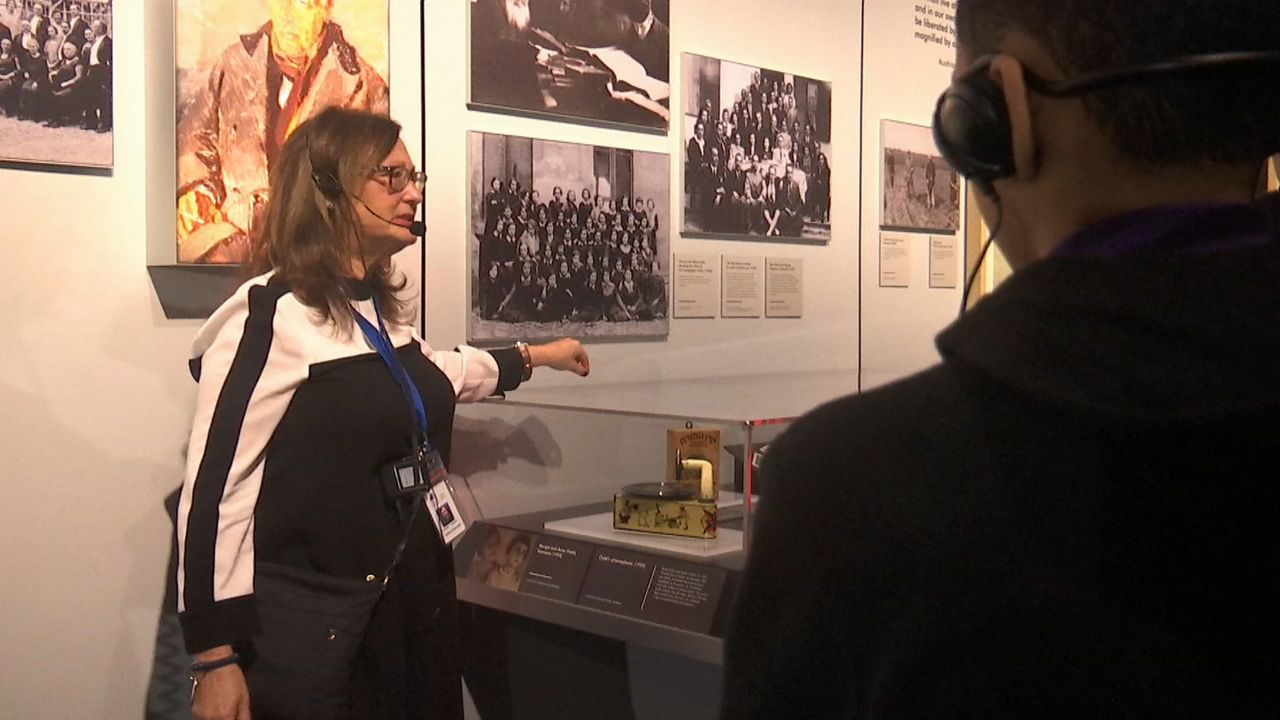 To Combat Anti-Semitism, NYC Students Are Heading to the Museum of Jewish Heritage

Students from Brooklyn got an up close look at the horrors of the Holocaust this week. It's part of an expanded partnership between city schools and the Museum of Jewish Heritage that will bring 14,000 students on field trips to see an exhibit called “Auschwitz: Not long ago, not far away.” It’s part of an effort to stem a spike in anti-Semitic hate crimes.

"The history we tell about this institution is not just what hate did 80 years ago, but what hate can do here and now in our own community," said Jack Kliger, the president of the Museum of Jewish Heritage.

All eighth and tenth-grade students in Williamsburg, Crown Heights and Borough Park neighborhoods with large numbers of Jewish residents will visit the museum this school year.

"We know what the result is of not having this exposure,” said Schools Chancellor Richard Carranza. “We're going to tour a museum that is testament to what happens when we don't have this exposure."

In addition to those field trips, every New York City public school student will have an opportunity to visit this museum, and see this exhibit, for free.

Students can show their ID or report card to get up to four free tickets.

"And I'm going to ask you, when you visit this exhibit, bring your friends," Carranza said to a group of students.

Officials say they hope exposure to the history of the Holocaust will make young graffiti vandals think twice about scrawling images of swastikas.

"When they are interviewed, many of them will say, ‘I knew I was doing something wrong, I didn't understand the message it was portraying,’" said Deborah Lauter, from NYC’s Office for the Prevention of Hate Crimes.

Many of the students in attendance Wednesday were from a Williamsburg middle school. They say that’s exactly what happened to them when they saw the exhibit for themselves.

"I feel like seeing all of these artifacts and speaking to people who have ancestors who experienced the Holocaust first hand, it will really change your mindset," one student said.

"This is horrible that it happened, you know. It [makes] me emotional to really see that people think to do things like that to other people," said another.