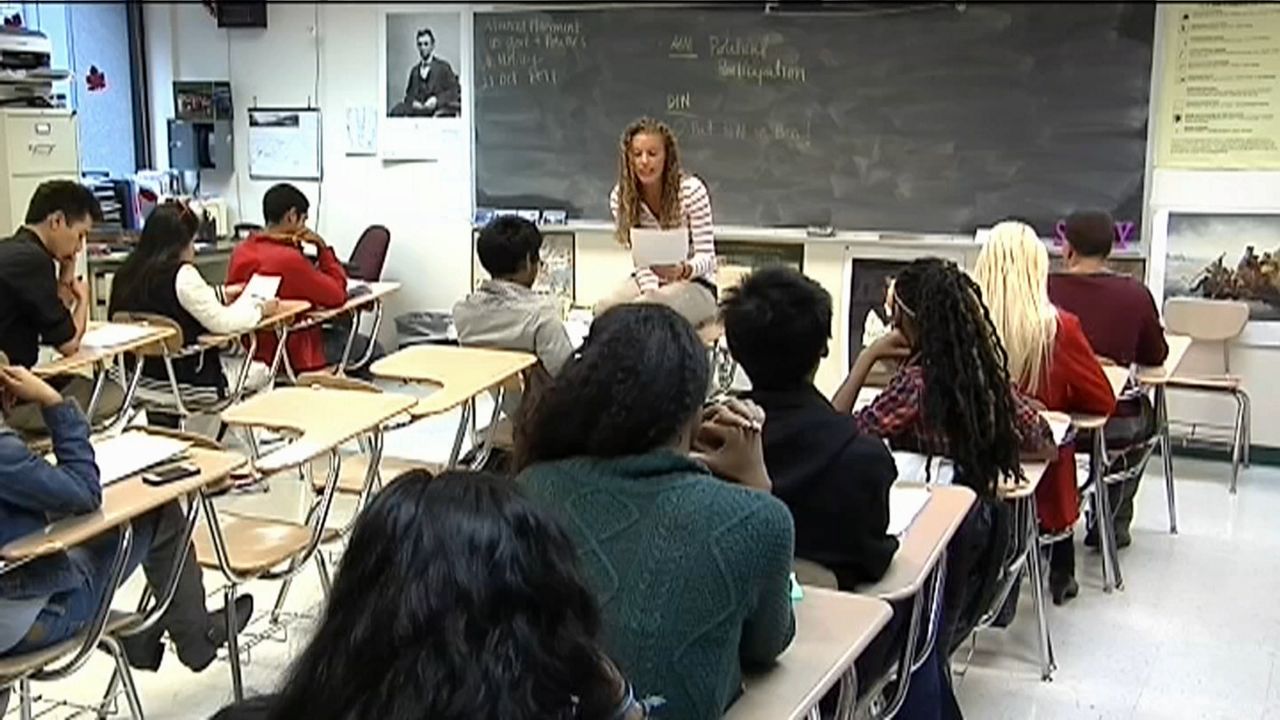 The number of city high school students turning the tassel is up slightly.

77.3 percent of high school students graduated on time in 2019, an increase of 1.4 percentage points compared to the year before.

That includes students like Linette Mercedes, a senior who found academic success at the Community Health Academy of the Heights. 76 percent of students at the northern Manhattan school graduated on time last year, meaning within four years.

"I am an immigrant who has defied the odds, my parents still don't speak English but next year I will attend a four year college on a full ride scholarship," said Mercedes, a student.

The rate reflects the percentage of students who entered ninth grade in 2015 and earned their diplomas within four years, by last August.

The city's graduation rate has been increasing since 2005, when less than half of students graduated on time. However, some critics say some of the improvement is probably the result of relaxed state requirements for a diploma.

One thing that has not changed is the racial divide of diplomas.

Schools Chancellor Richard Carranza touted an improving graduation rate for English language leaders with 40.9 percent of such students who entered high school in 2015 graduating last year. That’s an increase of 6.2 points, or more than twice the gain statewide.

The Chancellor said the borough of the Bronx made the largest gain in the overall graduation rate, up 2.8 points over the previous year.

"There are great things happening in the Bronx as well. These improvements aren't happening in a vacuum or in certain parts of the city. There's incredible work happening in all of our schools, in every borough, every day,” said Carranza.

Both Mayor de Blasio and Carranza say there is steady progress but still work left to be done in terms of college readiness.