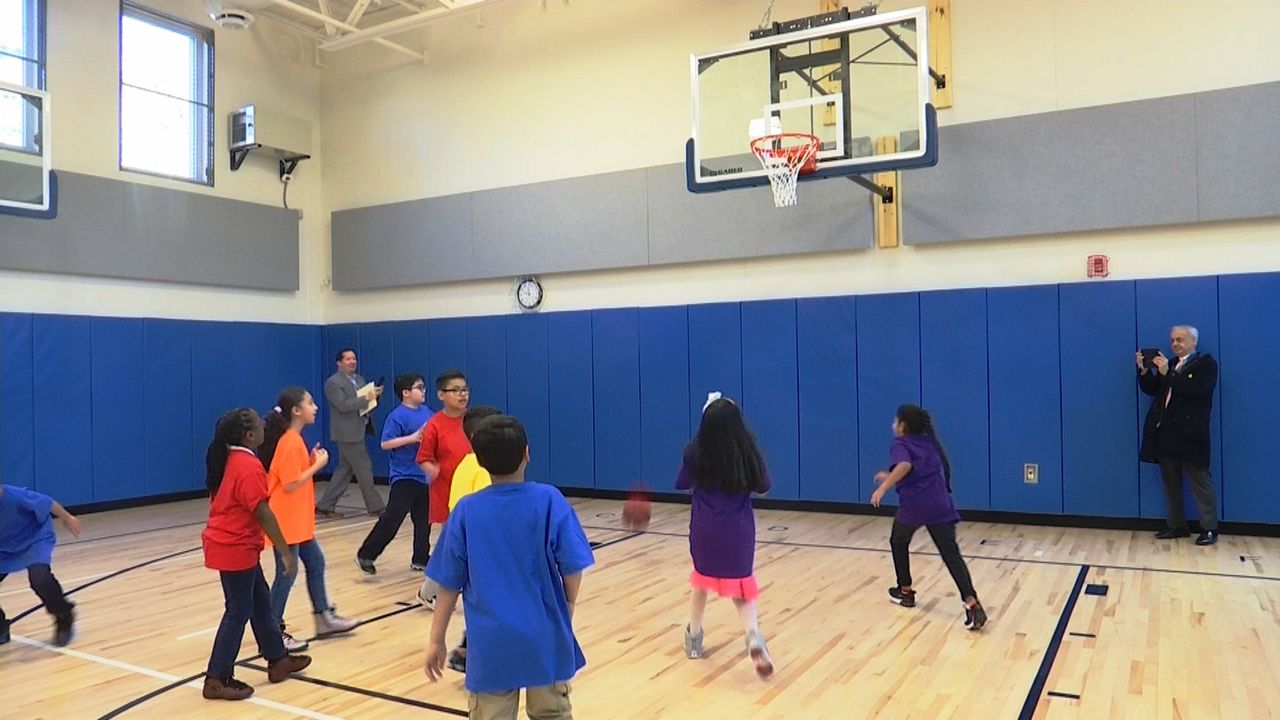 QUEENS, N.Y. - Students in Queens are getting a new place to play and exercise - the borough's first stand alone school gym.

"It feels terrific to watch the children come in here and start screaming and smiling that's why we do what we do," School Construction Authority president Lorraine Grillo said.

The gym is among the first completed under Mayor Bill de Blasio's "Universal Physical Education" which began in 2017, an effort to fully comply with a 1957 state law mandating gym classes in public schools.

He made that announcement at P.S. 81 in Queens which at the time provided physical education in a multi-purpose room that was also used as an auditorium.

That meant juggling gym with performances and assemblies.

"Using one area is very difficult, you have to maneuver a lot," Diamond added.

It was one of about 200 schools around the city where makeshift locations were designated as gym space. Which in some cases was an excuse not to have gym at all.

"Classroom, in cafeteria sometimes, a lot of these buildings had no real open space  for these  kids," Grillo said.

Since then, the School Construction Authority has started building gyms for 27 schools, and it's developing plans for 47 others including leasing nearby space for a gym. But many of the new gyms, like at P.S. 81, are standalone buildings, built on a former playground.

The gym is already getting rave reviews from students who came by for a sneak peek and to shoot some hoops.

"It's amazing. I like it very much," said Aaden Sanchez, a student.

The old gym setup left a lot to be desired.

"It used to be two poles in the middle and it used to block us from running and now there's no two poles here," said Julio Avelino, a student.

With the support columns out of the way, students can better chase the ball and chase their dreams.

"It gets your body activated and it gets your blood flow running," said Maribella Rodriguez, a student.

"I want to play soccer when I'm older. I want to be a champion of soccer," Sanchez said.

P.S. 81 is also getting a new playground, complete with a soccer field. The principal says students will start using the gym immediately.

"It's not only beautiful it's necessary and the children deserve it, the staff deserves it and we just can't wait to use it," Diamond said.