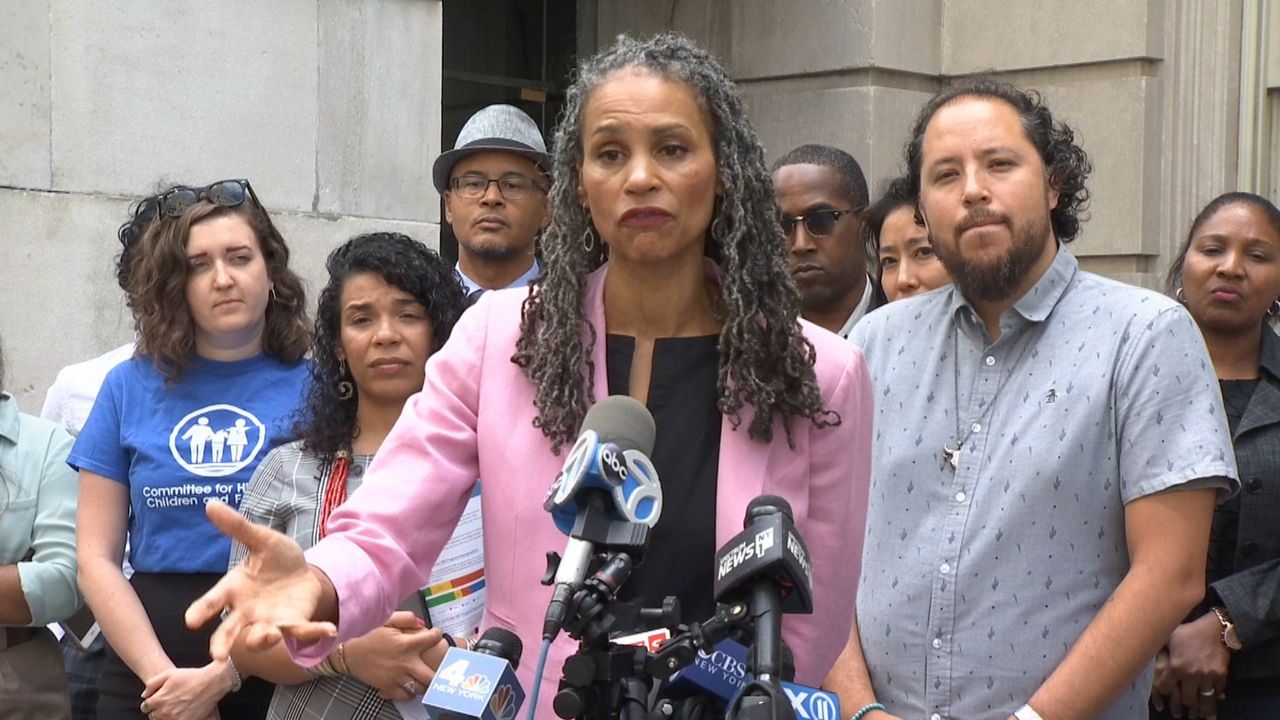 Maya Wiley, the co-chair of the panel, speaks at a news conference in New York City on August 27, 2019. Jillian Jorgensen/NY1.

Facing backlash from some parents and politicians, a mayoral panel that recommended ending gifted and talented programs in New York City's public schools insisted that advanced students would still get the instruction they need.

"Every single parent who says, 'I'm now afraid because I don't want to lose the opportunity for my child to be challenged,' and we say, 'Yes, we agree,'" Maya Wiley, the co-chair of the School Diversity Advisory Group that made the recommendation, said at a news conference Tuesday.

But some high-profile supporters of the gifted and talented programs, which admit students based on tests administered as early as kindergarten, stepped forward as the panel officially released its recommendations.

The city teachers' union said the programs should be revamped and the testing of very young children end, but that the classes should not be eliminated. In a statement, Michael Mulgrew, the president of the United Federation of Teachers, said, "Every community has children who could thrive in a gifted and talented program, and it is our responsibility to help our children reach their full potential."

City Council Speaker Corey Johnson also said the programs should continue, but with an enrollment better reflecting the city's diversity.

Some leaders of the city's Asian American community were more outspoken.

"We're pitting communities against each other," Queens Assemblyman Ron Kim said. "We're blaming people and we're blaming the system, instead of fighting for more money and resources so that every child — doesn't matter where you come from — has more access to good education."

Enrollment in gifted and talented programs is overwhelmingly white and Asian in a school system that is largely black and Hispanic.

Although she said gifted and talented programs should be replaced by "new models of enrichment," a leader of the mayoral panel said it was up to the education department to develop those models and how students should be selected for them. However, she said advanced students should receive that enrichment as they attend classes alongside students of other abilities.

"The research shows that we actually have advance learning happening when we have a classroom that reflects multiple levels and experiences and levels of learning," Wiley said.

Mayor Bill de Blasio sidestepped whether he embraces the recommendations of his hand-picked panel.

"We want kids to learn together in diversity, we want to break down barriers, we also want to make sure we have the academic strength and we're positioning kids for their futures in a world where education determines economic destiny more than literally any point in history," he said on MSNBC.

The proposal calls for phasing out gifted and talented classes over a period of several years. It could be months before de Blasio decides if he will accept the recommendations.