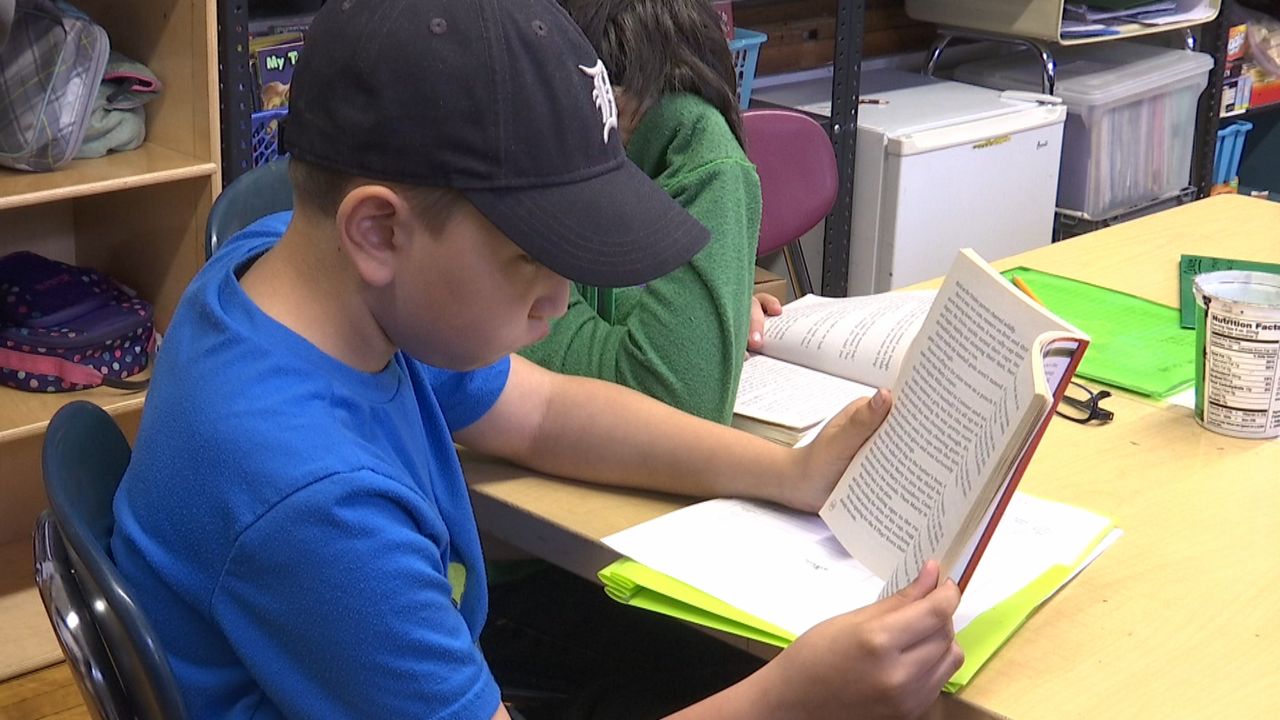 A file image of a student in a New York City classroom.

The report, which is expected to be officially released Tuesday, was commissioned by School Diversity Advisory Group, whose members Mayor Bill de Blasio appointed. The final decision is up to the mayor, whom, for over a year in response to pressure from activists, has called for an overhaul of admissions to address school segregation. Since then, the city has moved to end the use of a single test, the Specialized High School Admissions Test (SHSAT), for entrance to elite public high schools.

Gifted and talented programs test elementary and middle school students. These are programs where students typical test into a class separate from their peers.

Despite representing roughly 70 percent of the student body at city public schools, black and Hispanic students are disproportionately underrepresented in gifted and talented programs; about 75 percent of students admitted are white or Asian.

While some lawmakers, including State Sen. Leroy Comrie, have proposed increasing gifted and talented classes in an effort to diversify the top high schools, Schools Chancellor Richard Carranza has been skeptical.

While the state legislature would have to approve the end of the SHSAT at Bronx High School of Science, Brooklyn Technical High School, and Stuyvesant High School, the three elite high schools required by law to admit students based only on the exam, the state does not have any say in the local programs.

In a statement, de Blasio said he was reviewing the recommendations. "Every child, regardless of zip-code, has the right to attend a school where they can thrive. Through initiatives like Universal Literacy and AP For All, we're working tirelessly to build a more equitable system and ensure all our students have the tools they need to succeed. "

It's not clear when the mayor would make a final decision.