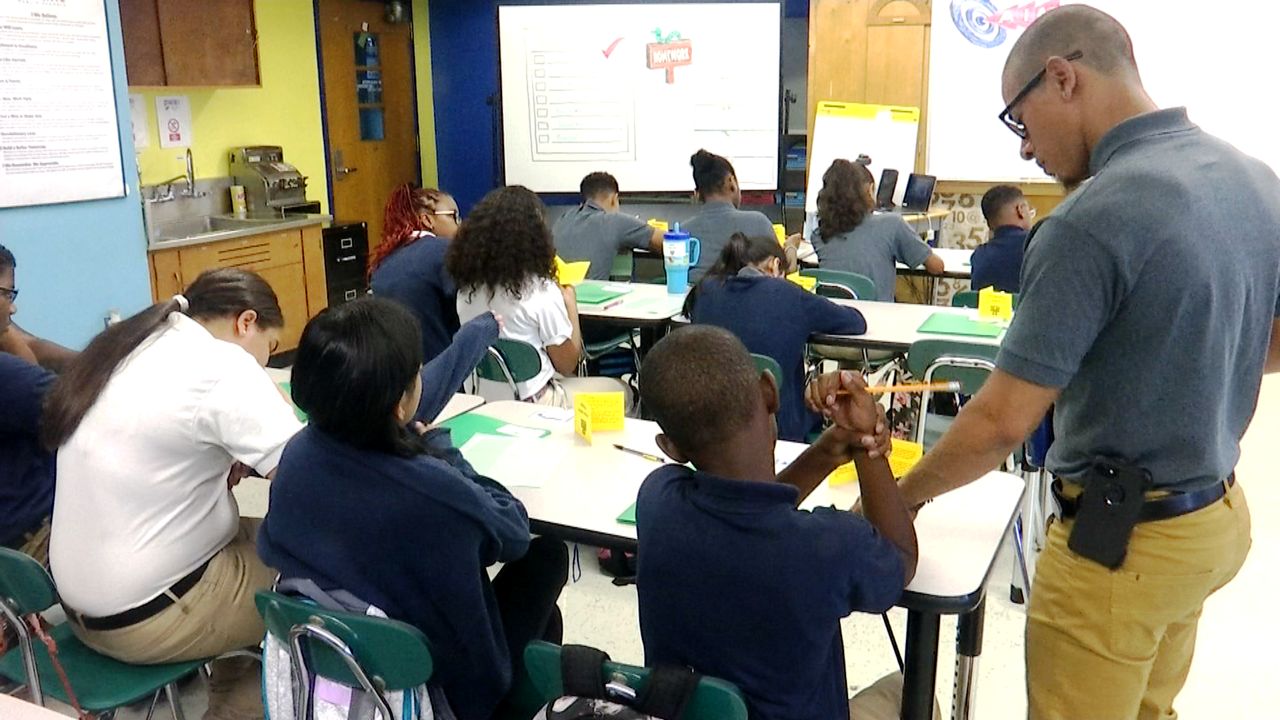 Why Classes Are Already in Session for Some NYC Students

BRONX, N.Y. - Temperatures are in the upper 80s and August is far from over, but for some city students it's time to hit the books again.

"I'm excited, knowing that this is a new year and a new me, it's time to start over," Mia Melvelle said.

Mia is one of the children who returned to class Monday at the KIPP Academy middle school on East 156th Street in the Bronx. About 4,600 students in KIPP charter schools across the city went back to school Monday or Tuesday, about two-and-a-half weeks before the nearly 1 million children in the city's traditional public schools resume classes Sept. 5.

But there was little sulking about their abbreviated summer.

"A lot of kids see us in the community and they're always asking when do we start anyway so a lot of them are excited to come back," teacher Jordan Ramos said.

Ramos -- who once attended the school where he is now working -- said the earlier start allows students to get in the groove and start learning quicker than other children.

"We get the little routines and exercises out the way, so that when the regular school year starts, we're running smooth and we don't have to worry about setting those routines and expectations up," he said.

Students started their day Monday by gathering in the school yard -- going over school rules and shouting out their plans for the future.

"We graduate from high school and go to college!" came the reply.

KIPP's elementary and middle school students are not alone in starting early.

The Success Academy schools, the city's largest charter network, open next Monday...and several other charter schools also will be in session before Education Department schools open.

Mia was also ready to get going.

"I'm looking forward to this year's basketball season and finally being an eighth grader," she said.

In June, charters typically begin summer vacation sooner than Education Department schools.. but many have longer school years and school days, a point they advertise in trying to lure students and, more importantly, their parents..

Many parents NY1 spoke to say they appreciate the head start for academic reasons ...

"Gives them a kick start and a head start to get the work done and start growing,"  Keisha Melvelle said.

"We get to send them back to school instead of having them in the house driving mommy and daddy crazy," said Jose German's dad, also named Jose German.