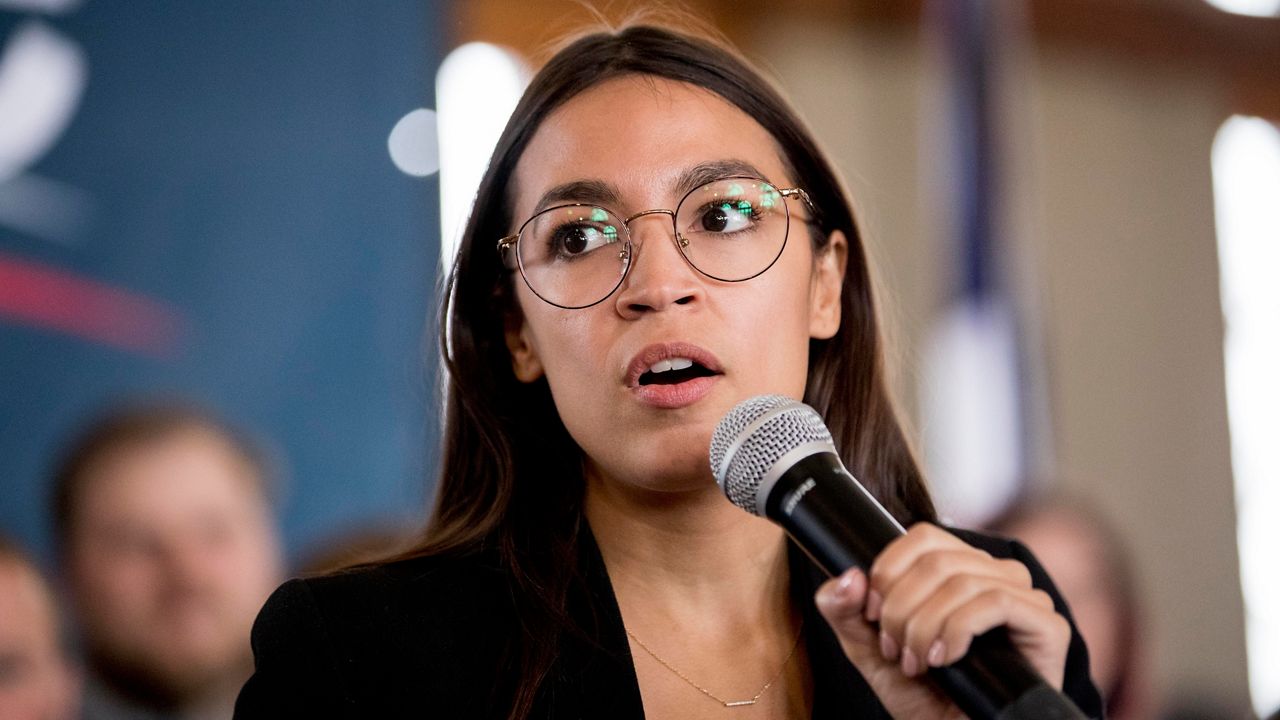 “You were a registered Republican your entire life and just registered as a Democrat [inaudible] years ago," Rep. Alexandria Ocasio-Cortez said.

“I changed my registration in 2015 and you didn’t become a registered Democrat until 2016," Michelle Caruso-Cabrera responded.

It was a furious face-off between the national standard-bearer of the progressive movement and her more moderate Democratic challenger.

Ocasio-Cortez is defending her Bronx and Queens seat against former TV journalist Caruso-Cabrera.

They aimed attack after heated attack at each other in a NY1 debate.

Caruso-Cabrera was slamming Ocasio-Cortez for being the only Democrat to vote against a coronavirus relief package in April.

“I voted for the ‘HEROES Act’ and I voted against the ‘CARES Act’"’ Ocasio-Cortez said. "And what Ms. Caruso-Cabrera is declining to tell the public is that the ‘CARES Act’ included half a trillion dollars in Wall Street giveaways.”

Moderator and NY1 Political Anchor Errol Louis asked the congresswoman if she would have voted against the “CARES Act” if hers had been the deciding vote.

She responded that she would have negotiated its terms.

Also in the debate was community leader and activist Badrun Khan, who’s raised far, far less money than the other two candidates.

The congresswoman apologized to Khan for an ad targeted at Caruso-Cabera, whom Ocasio-Cortez criticized for taking Wall Street money.

“I want to apologize to you if you have been included or if your name was in any way associated with Ms. Caruso-Cabrera’s reprehensible support, so I want to thank you for running that grassroots campaign," Ocasio-Cortez said.

The three candidates all said they back legislation to ban chokeholds in policing and oppose the program allowing for military equipment to be transferred to local police.

Khan added criticism of the 50-a state law that shields the disciplinary records of police officers.

“That needs to be repealed, because you can’t get information for misconduct, what happens with our police officers?" she said.

Ocasio-Cortez said she also supports “defunding the $6 billion NYPD budget that costs us books in the hands of our children and costs us very badly needed investment in NYCHA and public housing.”

The debate is part of a series hosted by NY1. Primary Day is June 23.