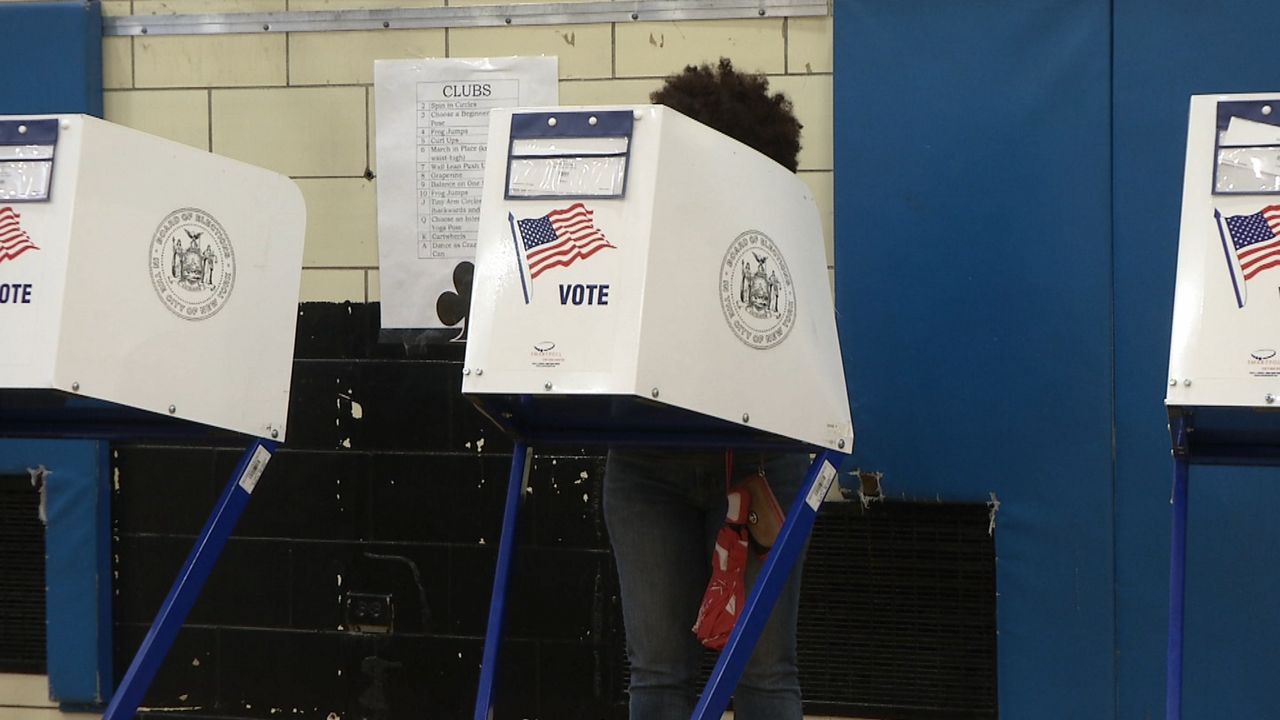 Michael Ryan reached across his desk and grabbed a large white ball. On it is his agency’s branding.

That’s supposed to be a welcome invitation to the polls from the leader of New York City's Board of Elections.

“Either use an absentee ballot process or use the early voting process so we aren’t waiting until the last minute, and you don’t have to wait on this line and you’re concerned you are not going to be able to vote on Election Day,” Ryan said.

After being cooped up for months, New Yorkers will have an opportunity to vote in person in just about two weeks. Early voting starts June 13, and Primary Day is ten days after that, on Tuesday, June 23.

Election officials are encouraging voters to apply for an absentee ballot so they can stay at home. Those applications hit millions of mailboxes this week. Still, Ryan says the board is implementing other safety measures for those who want to vote in person.

That includes markers on the floor to keep voters six feet apart, and sanitizing wipes will be available. So will masks. The number of voters inside will be limited.

“What you are used to going to the store is what you will see at the poll sites,” Ryan said. "We purchased 10,000 acrylic screens that will be set up on the ED/AD tables, the check-in tables. They will have a cutout that will allow the electronic poll pad to be passed, so they will have that further barrier."

Advocates have praised the board’s work so far. But there is more to do, for sure.

Less than a month away from Primary Day, when more than 1,200 poll sites will be open across the city, the board is still not sure how many poll workers will be able to work. Normally there are 32,000.

“If it turned out that no poll workers wanted to come, then we would be able to keep the early voting sites up and running because there are less than 100,” Ryan said. "That’s not true on Election Day when you are dealing with 1,200 sites.”

Meanwhile, Democrats and Republicans on Staten Island have called for election workers to get prioritized for antibody testing because they are front-line workers. In a letter to City Hall, the chairmen of both parties, Brendan Lantry for the GOP and Assemblyman Michael Cusick for the Democrats, requested these workers be made a priority.

Over the course of the pandemic, the Board of Elections has lost three people to COVID-19.