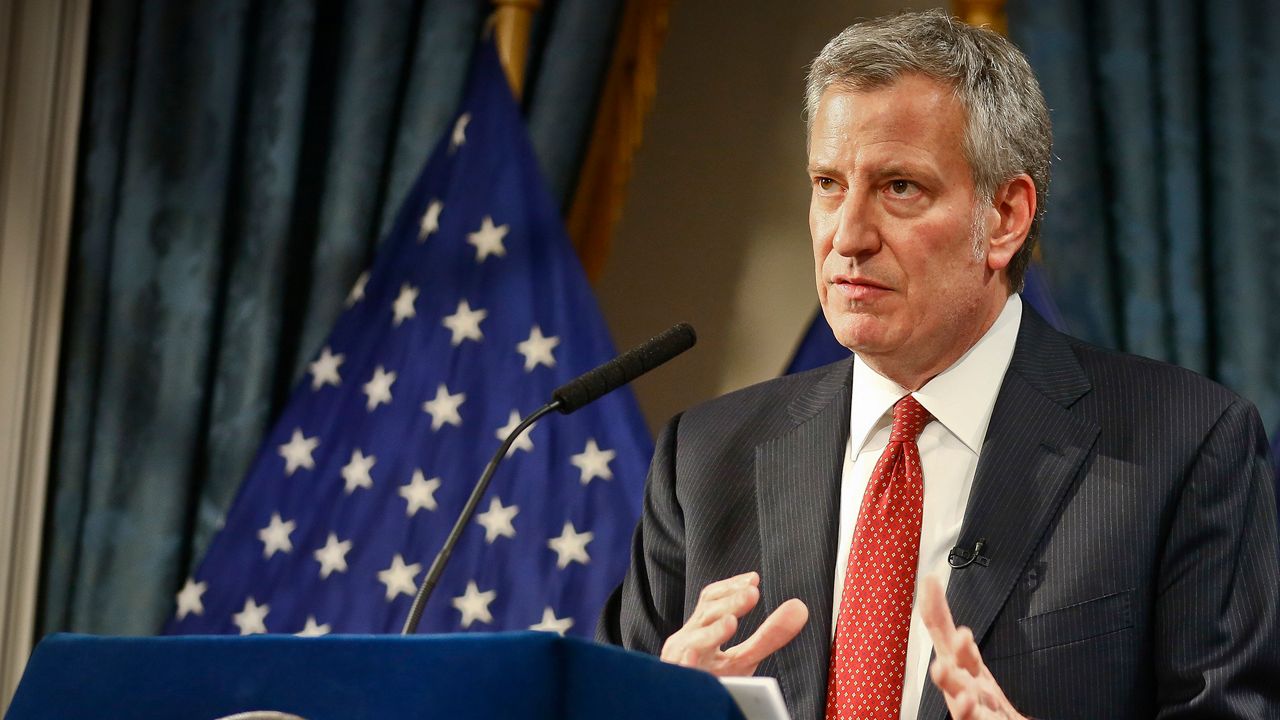 As de Blasio Leaves the Presidential Race, a Long to-do List Awaits Him at City Hall

Presidential hopes dashed and a campaign now behind him, Mayor Bill de Blasio has a long to-do list back at City Hall.

"You're going to be seeing a lot more over the next 2 years, 3 months, and 11 days," de Blasio told reporters outside Gracie Mansion on Friday after announcing he would drop his bid for the White House.

"Public housing, affordable housing, the affordability crisis, the subways — there are things we can focus on now, and I think he can do that now that he's back and not traveling," Johnson said at the Climate Strike in Manhattan.

During his time on the campaign trail, de Blasio acknowledged the difficulties of running for the White House while being mayor. But he insisted he could manage both.

"I've been working constantly throughout the last four months," he said.

Those who once worked for him say it's a key moment in the de Blasio mayoralty.

Camille Rivera, a former de Blasio adviser who runs a political consulting firm, said the mayor has the opportunity for a fresh start.

"All of this is an opportunity for him to be able to do what he was doing when he was out there in Iowa and other early primary states: having a discussion about income inequality and what New York is doing to remedy that," she said. "So he has a really good opportunity here, and I think he's ready for it: to be able to create a legacy that finishes what he started when he ran."

It wasn't just everyday New Yorkers who didn't want to see their mayor seeking higher office; City Council members questioned how much he would be able to accomplish in New York if he stayed in the race. He will need them to pass new proposals, like mandatory paid time off for all workers, which he talked up on the campaign trail.

"New Yorkers and Council members are alike: they are always wanting their district, their city, to be the center of attention and to be the focus," Johnson said. "So of course there's been some council members that have been upset, but ultimately we are focused on the work."

A recent poll shows the mayor's favorability rating at 33 percent, a record-low. As he faces down the next two years, some of his allies, like State Sen. Jessica Ramos, believe there is room for improvement.

"I think you'll see a Bill de Blasio that is very focused," the Queens Democrat said. "He's a leader who actually largely leads with his heart. I think it's always been at the right place, can be easily misunderstood, and it will be up to him to really ensure that he's the best messenger for his own goals and his own accomplishments."

Even as he resets his time back at City Hall with a little more than two years left in office, the race to replace him is slowly warming up.