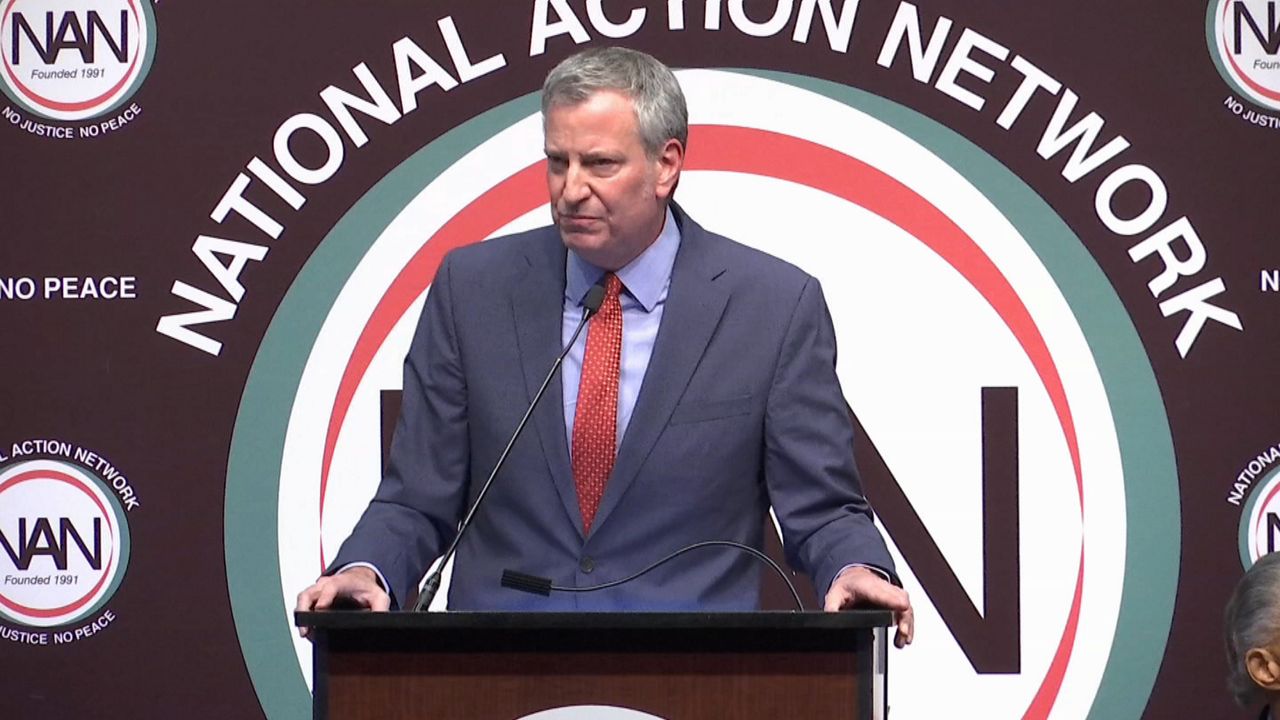 New Yorkers are trying to send Mayor Bill de Blasio a message: Don't do it!

According to a new Quinnipiac University poll of city voters, 76 percent of those surveyed say he should not run for president. That was a sentiment that held true among New Yorkers of every race, age, gender, and borough group polled. The margin of error was +/- 3.8 percentage points.

The poll comes just before de Blasio is scheduled to leave town for a weekend in Nevada, an early presidential caucus state. He says he isn't ruling out a run for the White House.

Even at home in the city, he is sounding more and more like a candidate for president. He appeared Wednesday at the Rev. Al Sharpton's National Action Network's annual conference in Midtown. Other declared presidential candidates, including Beto O'Rourke, delivered speeches there as well.

It is a line he has used during political trips to Iowa, South Carolina and New Hampshire in recent weeks.

At an earlier event Wednesday that The Atlantic magazine hosted, de Blasio again sounded like a candidate, arguing that there is a limit to what he can do on the local level. He said the federal government needs to step up.

The mayor has not yet said when New Yorkers can expect a decision from him about whether he intends to run for the White House. For now, he's simply packing his bags and heading out to Nevada.