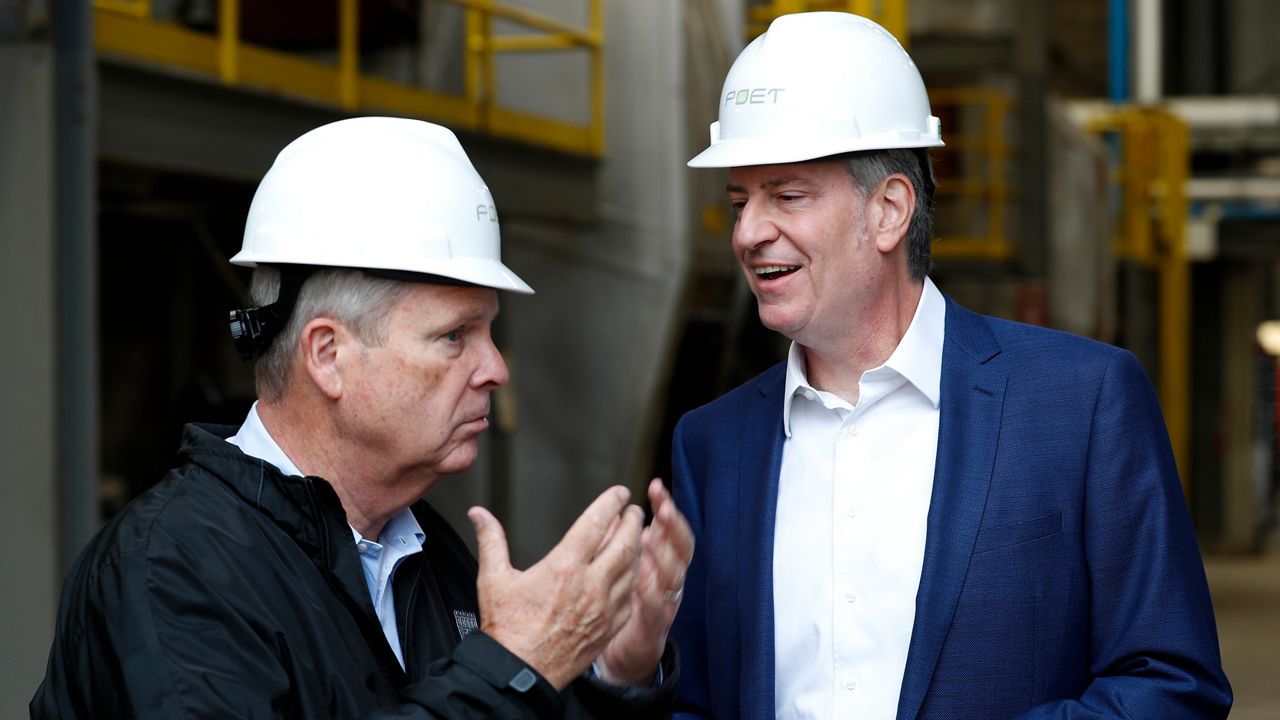 A file image of Mayor Bill de Blasio, right, touring an ethanol plant in Gowrie, Iowa on May 17, 2019. Charlie Neibergall/AP.

Looking Back at Bill de Blasio on the Presidential Campaign Trail

If you are the mayor of New York, campaigning for the White House means spending a lot of time far from home.

There are ethanol plants to tour in Iowa, and farmers to talk with and embrace.

"It's all about working people. It doesn't matter if you are in Gowrie, Iowa or if you are in New York City," Mayor Bill de Blasio said while campaigning in Iowa in mid-May.

In his four-month campaign for president, de Blasio cast himself as a champion for working people. He argued he could do for the country what he has done in New York: enacting progressive policies like universal pre-kindergarten and paid sick leave.

He managed to get onto the national debate stage. But his big moment was marred by protesters, a reminder of how unpopular his campaign was with many New Yorkers back home:

Protestors shouting “Fire Pantaleo” are led out of the Fox Theatre in Detroit. pic.twitter.com/m0G7a1yrPb

De Blasio got in trouble for quoting Che Guevara in Miami, where the Cuban revolutionary is reviled.

And when Midtown, Manhattan plunged into darkness during a massive power outage, the mayor was campaigning in Iowa and did not immediately race back.

Candidate de Blasio relished the national media spotlight, but when he alone headlined events, the mayor struggled to draw a crowd:

The polls showed he had little support. But still, he pressed on. "The reason why I'm standing here — and I want the other candidates to do it, too — is to make Puerto Rico an election issue, make Puerto Rico a front-burner issue in the 2020 election," de Blasio said on the island to members of the media.

In the end, there simply was not a path forward. So the mayor is returning, full-time, to his day job: running the largest city in America.