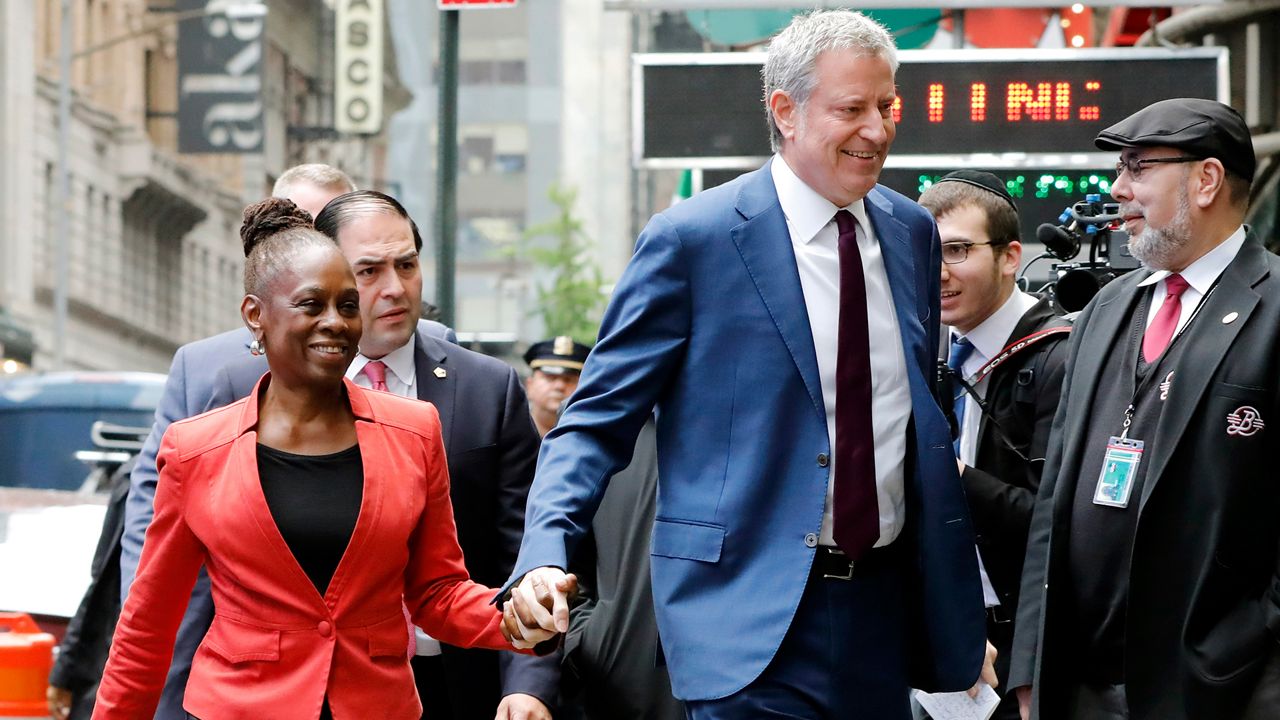 When an electrical disturbance at a ConEdison substation caused a massive blackout along the West Side of Manhattan on Saturday, politicians here at home were ready to jump into the vacant and slightly darkened spotlight.

"Mayors are important. And situations like this come up, you know. And you have to be on-site," said Governor Andrew Cuomo calling into CNN as shots of a city draped in darkness played on the screen. "I think it’s important to be in a place where you can always respond, but look, everybody makes their own political judgment, and I'm not going to second-guess anyone either."

With de Blasio out of town and on the presidential campaign trail, City Council Speaker Corey Johnson — who is considering a run for mayor — provided minute by minute updates as the blackout continued. The subways shut down; there were fears of people trapped in elevators and confusion about the source of the power failure.

Nevertheless, New Yorkers jumped into action. They directed traffic, moved concerts onto the streets and made the best of a ruined Saturday evening.

Miles away, de Blasio would not commit to returning to work right away.

"I'm going to get more information in the next hour or so and will adjust my schedule accordingly depending on what I hear," de Blasio said Saturday evening during an appearance on CNN from Iowa.

Johnson, who left the city for Long Island earlier in the day turned around shortly after receiving the first reports.

"I just spoke to the CEO of ConEdison who told me there were six sections from that west 49th street substation having the disturbance," Johnson said on Saturday.

Saturday's blackout illustrated one of the biggest challenges of running for president while running the biggest city in America: More than a four hour drive from the nearest airport, de Blasio was forced to spend the night away from home. He was driven to Chicago Saturday night and made a national cable news appearance defending his absence the next morning.

"When you're a mayor or a governor you're going to travel for a variety of reasons; the important thing is to have a hand on the wheel and make sure that things are moving effectively even from where I was I was able to do that for the people of New York City," de Blasio said.

By the time de Blasio returned to the city on Sunday, things were back to normal but the political damage was already done.

"When I heard about the incident, I was waiting to see exactly what was going on so we could make that decision,” de Blasio said. “In this job, any public CEO today, you have to take charge from anywhere you are and I did that. As soon as it became clear we did not have an immediately resolvable crisis, I started moving."

Temperatures are expected to rise into the mid 90's next week. De Blasio said he will work with ConEd officials to ensure the system can handle it. It's not clear when his next out of town trip is scheduled.