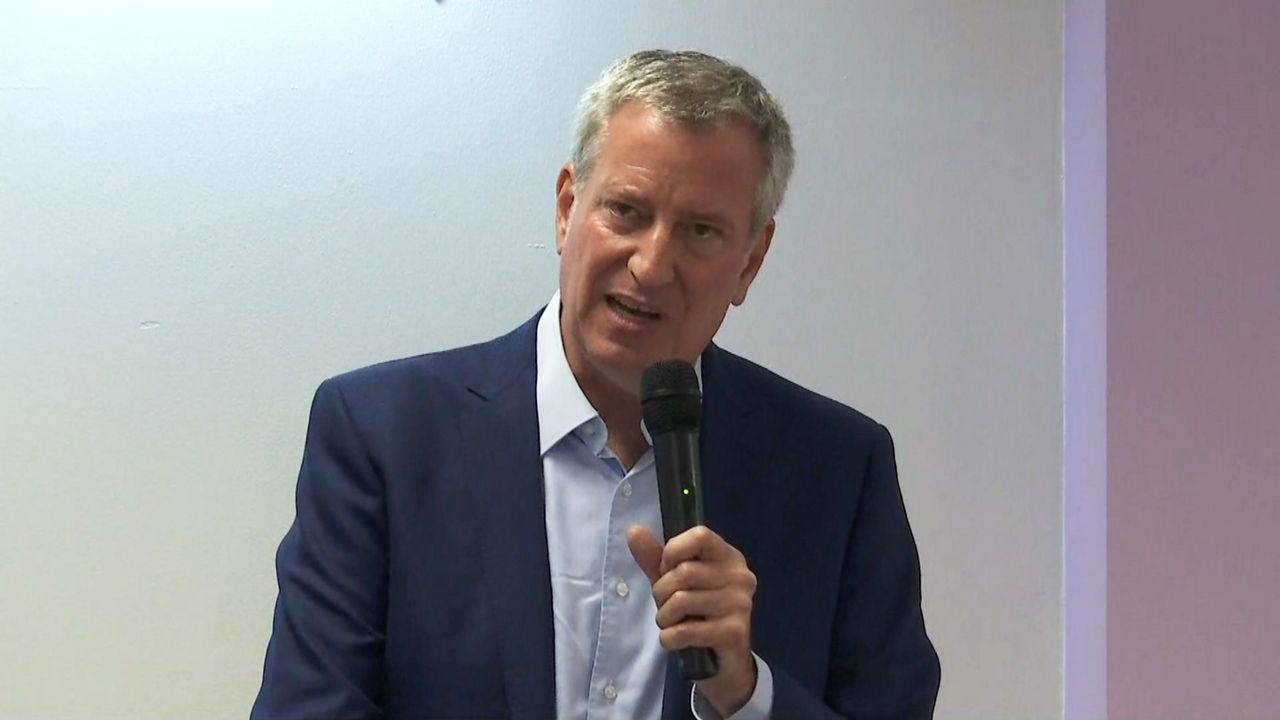 He didn't make the requirements to debate this Thursday, but Mayor Bill de Blasio wants his rivals in the race for the Democratic nomination for president to talk about one place in particular.

"The reason why I'm standing here — and I want the other candidates to do it, too — is to make Puerto Rico an election issue, make Puerto Rico a front-burner issue in the 2020 election," de Blasio said on the island to members of the media.

This Monday in San Juan, he did just that. At the headquarters of the progressive Puerto Rican Workers Union, presidential candidate Bill de Blasio offered his vision for this U.S. commonwealth.


Earlier in the day, de Blasio toured a school for special-needs children and spoke to teachers and employees. Public education has been a sector that's suffered severe cuts imposed by the Fiscal Control Board, the entity created by the U.S. Congress to fix the island's debt problems.

Mayor @BilldeBlasio told us he learned how this school for special needs children recovered from María and how its future is uncertain given the austerity measures imposed by the Fiscal Control Board. More to come on @NY1 pic.twitter.com/e07YKrY38A


"This is a school where the budget cuts have hit them very severely and a lot of the workers may not be here very soon," de Blasio said.

De Blasio also went back to the community of Caño Martín Peña, which has no proper sewage system, and a canal that needs dredging.

Back in 2014, de Blasio promised to ask the Army Corps of Engineers to fix it. Now, he's promising to do the same. Did he ever do it? Why should they trust him now?

"We reached out and got no action," the mayor said. "We have to put more pressure on. The reason that they should believe, people, is because we are still in this fight together."

De Blasio said last week that if he doesn't make the cut for the next debate in October, he will likely end his run. He is hoping that raising issues like Puerto Rico will improve his fundraising and poll numbers.

Puerto Ricans on the island will have the chance to vote for the Democratic nominee for president on March 29. When it comes to voting in the general election, however, the U.S. territory is not allowed to participate.