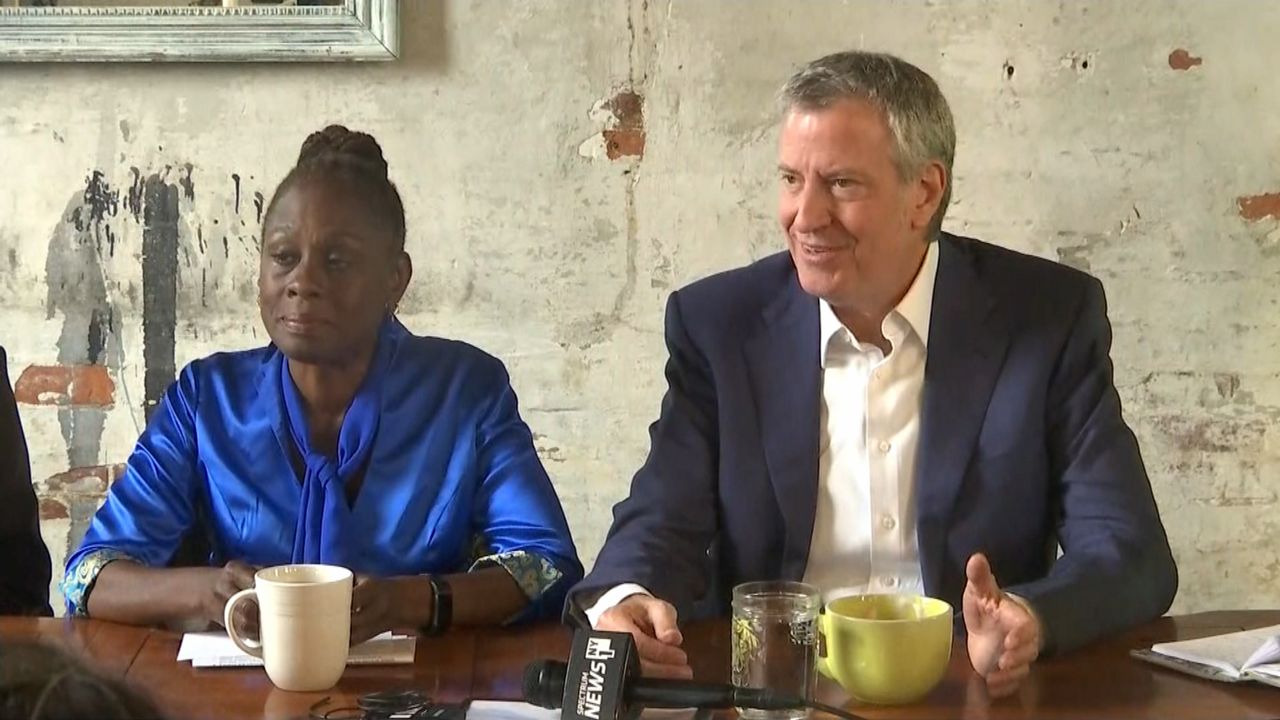 Mayor de Blasio has a lot on his plate these days between running the biggest city in the country and toying with the idea of running for president.

Nevertheless, he touched down in South Carolina this weekend to tout his progressive credentials in the early primary state.

It’s the second trip for him in two weeks, where he's been trying to raise his profile in states that could pick the Democratic nominee in 2020.

On Saturday, he started his day with a breakfast with a local Democratic group.

Afterwards, he held a roundtable discussion on criminal justice issues and went to a house party with local Democratic heavy hitters.

It was a packed schedule for someone who hasn’t fully committed to running. The mayor and his wife, Chirlane McCray, say it’s a decision they have to make as a family.

“A simple concept: sooner rather than later,” Mayor de Blasio said, adding to his wife’s point.  “Obviously, there is a clock running, but the bottom line is…we understand something like this is a huge, huge endeavor. It’s a family decision. But we also know how important it is to go and talk to people, particularly in the states that will be decisive.”

Back home, that program has come under fire lately for lacking transparency.

“I don’t blame anyone for saying, ‘Show us exactly how much money you’re spending and what kind of results you’re getting,’” the mayor said when asked about the criticism the initiative has received from New Yorkers.

New York City issues also followed the mayor around quite literally this weekend in the form of a truck paid for by the Police Benevolent Association. The truck featured an advertisement that read, “Mayor Bill de Blasio is ‘no friend of labor.'" The truck was seen driving around town on Saturday. The union hired someone from Georgia to drive it.

For now, though, Mayor de Blasio will keep his focus on South Carolina as he continues to flirt with the idea of running for president.