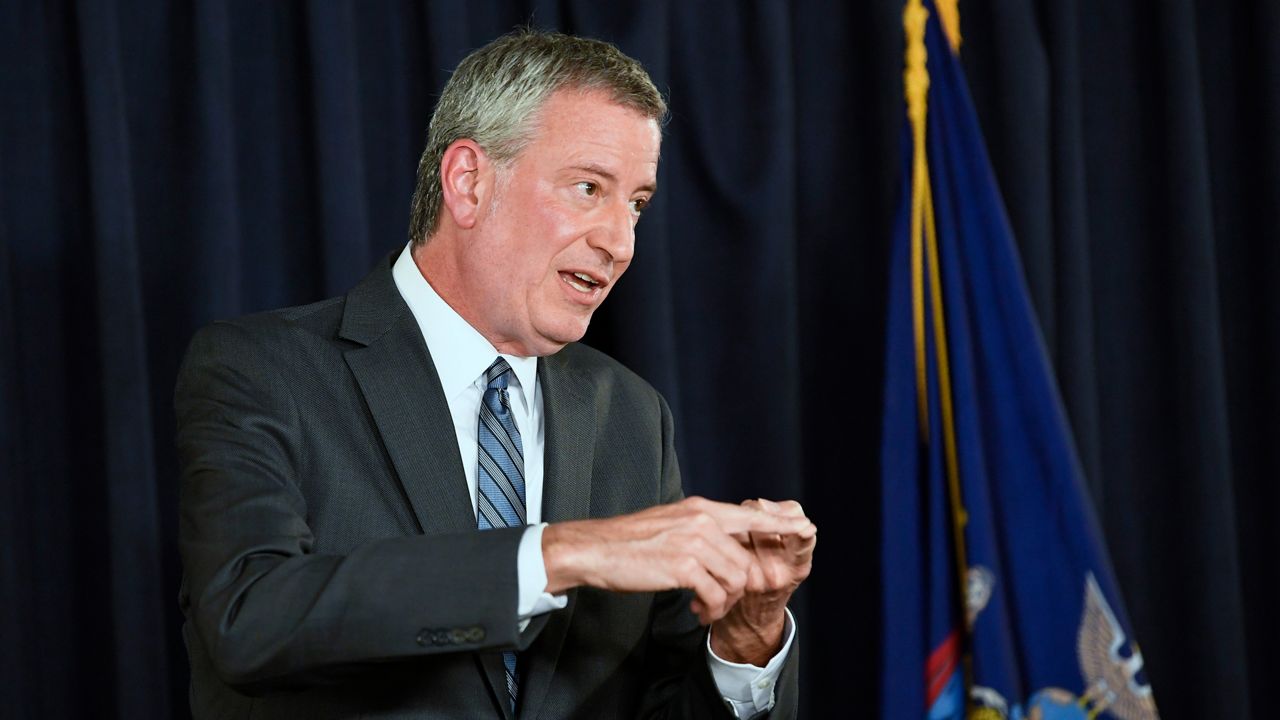 De Blasio is Using a PAC to Flirt with a Presidential Run. It Had a Different Original Purpose.

Mayor Bill de Blasio has been darting across the country, spreading his political message in states with early presidential nominating contests.

It's all paid for thanks to his new political action committee (PAC): Fairness PAC.

According to the most recent public filings, the mayor's PAC raised $610,574 and spent $559,201 through the end of last year. A chunk of that cash went to consultants and some went to candidates across the country, such as $6,600 that went to Stacey Abrams, a Democrat who nearly won the governor's race in Georgia in 2018.

At the time, de Blasio was not saying he was going to run for president. He said he wanted to boost fellow progressives.

"When you think about people around the country, obviously some of them would like me to come in and campaign with them. Others, their first need is for resources," de Blasio said on Inside City Hall last year. "And if that's what they need most, that's what I am going to help them to do."

Last year, de Blasio solicited more than $1.1 million in donations for campaigns across the country. Of course, some of those campaigns were in states with early presidential primaries or caucuses.

At the same time, his political action committee was sending $25,000 to Democratic Party committees in both South Carolina and in Iowa, the same states he would visit months later.

Those close to the PAC say it was established for de Blasio to spread his progressive message, not run for president.

But now, the same political action committee is being used to pay for de Blasio and the city's first lady to crisscross the country with a handful of staff and flirt with that very idea. (A look at the three most recent trips de Blasio has taken to states with early nominating contests in the presidential race).

We won't know how much these trips cost until this summer, when the next filing deadline comes.

But we do know where the mayor got the cash last year. An analysis of campaign finance filings by NY1 found tens of thousands of dollars came from lawyers and the real estate industry.

The mayor's team says de Blasio promised to not accept money from people who are doing business with the city.

But just two years ago, de Blasio faced a federal investigation into his fundraising for the first political action committee he set up. Much of that centered on the mayor raising money from people who were looking for city business or favors.

Some who have contributed to de Blasio's new PAC clearly have interests before the city.

Joseph, Sonia, and Tunie Dushey — three members of the Dushey family that owns Jenel Development — together gave $15,000 to the mayor's PAC last year. According to city records, three other relatives — Abraham, David, and Samuel Dushey — are registered as doing business with the city. At the time of the donations, the company was in the process of getting building permits to construct a luxury tower in downtown Brooklyn.

One member of the Dushey family told NY1 he didn't remember giving to de Blasio's PAC specifically, adding that he contributes to many political campaigns.