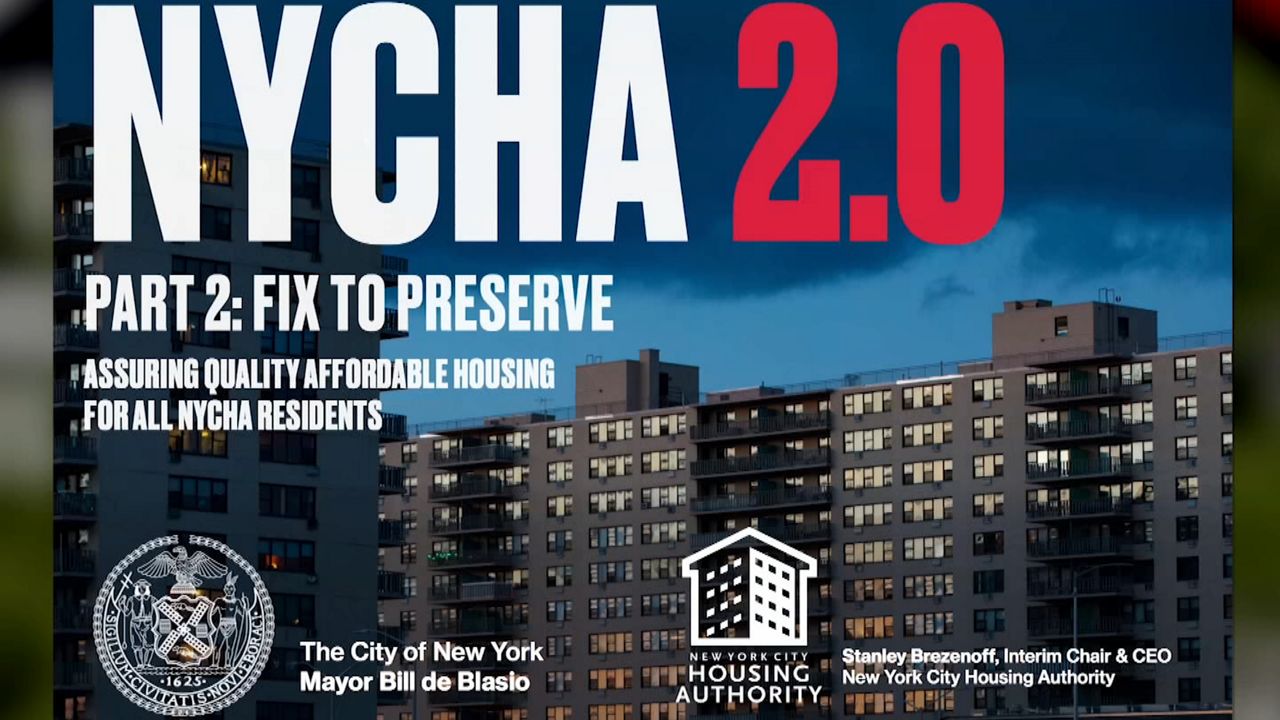 De Blasio Releases a New Plan to Fix NYCHA, But Will a Judge Hand Over the Agency to the Feds?

First, he was releasing yet another plan to fix the struggling New York City Housing Authority (NYCHA), trying to reverse decades of neglect. This one would pay for about $24 billion worth of repairs over the next 10 years. The housing authority says the need is $32 billion.

And yet another new “plan” for @NYCHA. Marathon pressers from @NYCMayor about to start ahead of Friday’s court deadline for @NYCHA @HUDNY_NJ @SDNYnews to tell judge what they will do to save public housing pic.twitter.com/c5pItaLJec

A PLAN TO HAVE PRIVATE DEVELOPERS MANAGE SOME NYCHA UNITS

Once again, @NYCMayor saying massive expansion of @HUDNY_NJ rad program is not privatizing public housing. So what is it? Well private developers take over the development for a 99-year lease. City still owns land.

The city hasn't specified which exact housing units will see all these changes.

Next elements of new @NYCHA plan are to develop on underutilized @NYCHA land (like parking lots) and then sell air rights in other places. That new development will be mixed income housing (70% market rate) pic.twitter.com/TzNCfkGxu2

.@AliciaGlen isn’t giving reporters specific locations where this will all happen https://t.co/P7Uxgkjbka

The city has, for months, been accelerating the use of the private sector to repair thousands of NYCHA units, and previously announced plans to lease other NYCHA land for controlled private development.

The Rental Assistance Demonstration (RAD) program allows non-profits or private developers to take over the maintenance and operation of a building. The RAD program allows private companies to collect rent, which remains the same percentage of tenants' salaries. But private companies are seen as better at sussing out hidden accounts that could change the price.

The firms also have control over their labor force, while NYCHA employees are unionized.

Also on Wednesday, the mayor was announcing a labor deal with the Teamsters, who, under the agreement, will begin to have NYCHA employees do work on nights and weekends.

A LOOMING COURT DEADLINE THAT COULD CHANGE NYCHA'S FATE

Both of these announcements come just two days before the city, the U.S. Attorney's office, and the federal government must submit a report to a federal judge who rejected a proposed consent decree last month. That decree between multiple levels of government would have installed a federal monitor and provided some pathway for NYCHA to repair its crumbling infrastructure.

The judge said it didn't go far enough. Now, some wonder whether a federal takeover, called a receivership, is in the works.

The mayor certainly hopes not. He told us on Wednesday: "Although we understand in the court process that's always a possibility, and we understand the federal government always has the opportunity to do that administratively. Everyone is talking."

So far, we have not seen many details about what the administration will tell the judge Friday. All they're telling us is that they hope all parties can reach a consensus.