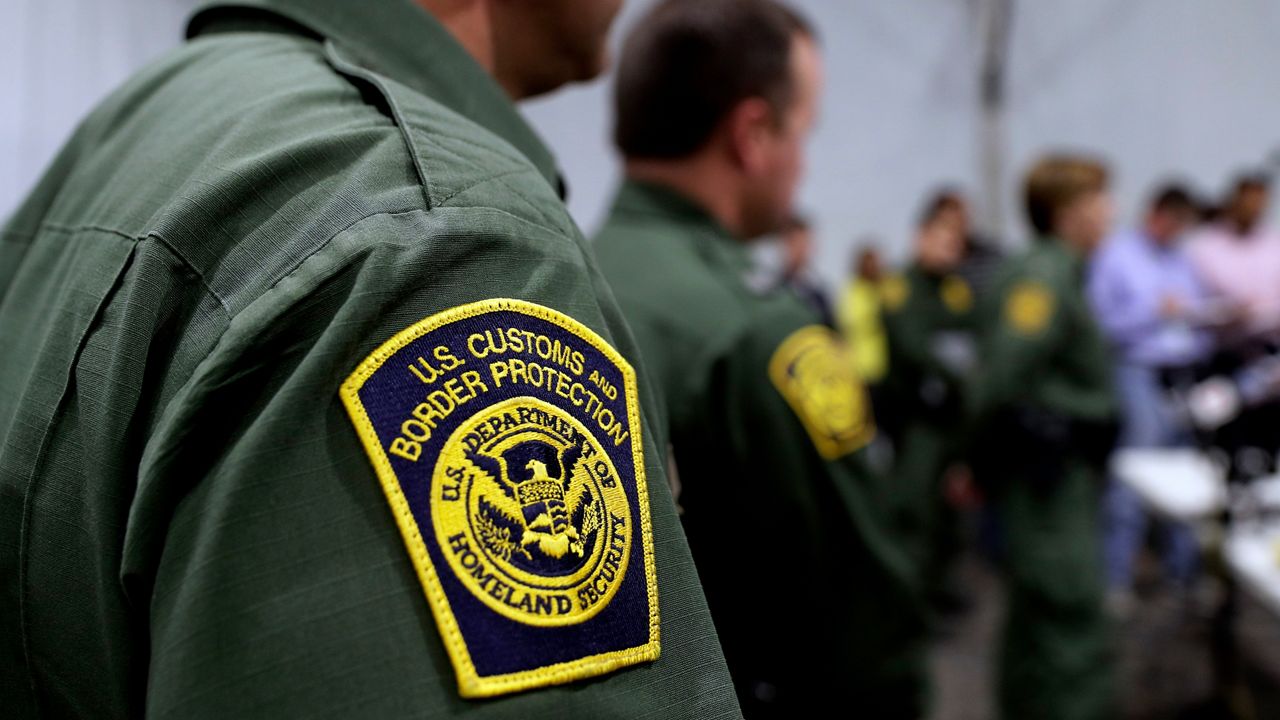 A May 2, 2019, file photo of Border Patrol agents near the Donna International Bridge in Donna, Texas. Eric Gay/AP.

The Trump administration is deploying Customs and Border Patrol agents to "sanctuary cities," federal immigration officials said Friday, in an escalation of President Donald Trump's clash with New York and other such cities.

The deployment of Customs and Border Patrol agents, some with tactical training, to the interior of the country is unusual and represents another escalation in the confrontation between the Trump administration and the local jurisdictions over immigration.

Acting Immigration and Customs Enforcement (ICE) Director Matthew Albence said additional forces are needed because people without legal authorization to be in the country are being released from local jails in sanctuary cities and counties before his agents can take them into custody.

ICE then has to make "at large arrests" of these immigrants who have been released, Albence said in a statement announcing the move.

"This effort requires a significant amount of additional time and resources," he said. "When sanctuary cities release these criminals back to the street, it increases the occurrence of preventable crimes, and more importantly, preventable victims."

The acting director did not disclose when or where the agents would be deployed but an official, speaking on condition of anonymity to disclose details not provided in the statement, said they would include major sanctuary cities such as San Francisco, New York, Chicago, Atlanta, Boston, and Detroit.

Albence also did not provide details on the specific types of agents being deployed, but the official said they would come from varied U.S. locations and would include officers with tactical training that is typically intended to prepare them for potential confrontations with traffickers and other criminals.

In the 2020 #SOTU, @realDonaldTrump attacked NYC for not cooperating with administrative immigration subpoenas.

He blames New York's "sanctuary city" policies for the death of a 92-year-old woman in #Queens. The suspect is an undocumented immigrant. #NY1Politics pic.twitter.com/r14wsDIA3f

This move is designed to increase ICE arrests by at least 35 percent in a number of sanctuary cities, including New York, according to The New York Times.

This deployment of agents will reportedly run through May.

Immigrant advocates dismissed the deployment as a political move by Trump to excite anti-immigration elements among his supporters and intimidate communities that have adopted sanctuary policies to ensure people cooperate with local law enforcement regardless of whether they are in the country illegally or not.

Shah, senior advocacy and policy counsel for the ACLU, said she was concerned about use of the military-like Border Patrol Tactical Unit in a civilian setting.

"We could see CBP officers who aren't trained for interior immigration enforcement using excessive force, emboldening ICE agents to do the same and escalating situations," she said.

The deployment comes as the president and others in his administration look to increase pressure on a sanctuary city movement that has expanded since he took office.

More than 700 counties have now declined to continue holding people sought by ICE and more than 160 have prohibited officers from even asking people about their immigration status, according to the Immigrant Legal Resource Center.

Supporters of sanctuary policies say people will be less likely to report crime or to be a witness if they believe they could be deported for doing so. "Our relationships with our police and sheriff's departments have become stronger because of these policies," said Angelica Salas, executive director of the Coalition for Humane Immigrant Rights of Los Angeles.

Albence and others in the administration say sanctuary policies interfere with legitimate law enforcement efforts.

"It is truly alarming that President Trump is moving resources away from the border just to ratchet up his cruel immigration agenda, throw meat to his base, and inflict revenge on states that don't do what he says," said Thompson, a Mississippi Democrat.

The Justice Department this week filed one lawsuit against New Jersey for prohibiting state and local law enforcement from sharing information about inmates in the U.S. illegally and another Washington state's King County over a policy that prohibits the Department of Homeland Security from using the King County International Airport-Boeing Field for deportation flights.

Last week, the Department of Homeland Security said it would bar New York residents from trusted traveler programs such as Global Entry because of state law that prohibits immigration agents from accessing motor vehicle records.

Trump has been trying since he took office to punish sanctuary cities. In 2017, Jeff Sessions, then attorney general, said such cities would not receive grant money unless they gave federal immigration authorities access to jails and provide advance notice when someone in the country illegally is about to be released from prison. A federal judge blocked the punishment from being enforced, and the cities got the money.