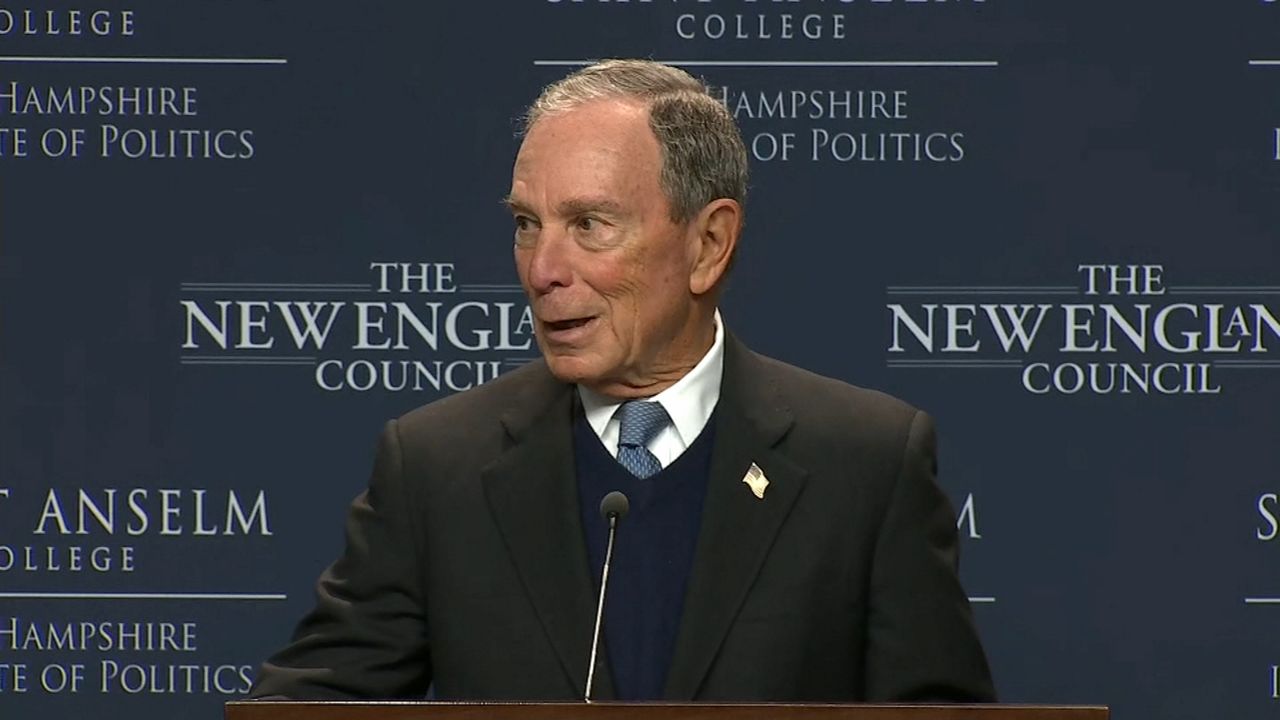 Even though Michael Bloomberg is thinking of running for president as a Democrat, he never ran on the party's line in his three campaigns as mayor — which could be a reason that not every elected official was urging him to join the already-crowded campaign.

“So, obviously another New Yorker into the race. Obviously, there is going to be a lot of excitement, there’s buzz in this room with regards to former mayor of the city of New York Michael Bloomberg getting into this race,” said New York Attorney General Tish James. “We’ll see if this country has an appetite for another billionaire.”

Others were mildly more encouraging.

“Michael Bloomberg has a tremendous track record of success that he can run on as a mayor for 12 years,” said Representative Hakeem Jeffries. “He moved America forward in the context of moving the biggest city in the United States of America forward. And so he has a strong case to make and he should be welcome to the field.”

Some more liberal Democrats said Bloomberg doesn’t really have a lane for his candidacy.

Others pointed to Bloomberg fatigue and his 12 year record, which is hardly unblemished.

“Michael Bloomberg did some things as mayor that certainly I strongly disagree with including monitoring the Muslim community and allowing the NYPD to do that,” said State Senator Luis Sepulveda

But at least a few lawmakers were quite welcoming of Bloomberg because one of his signature issues is gun violence.

“Mayor Bloomberg is very strong on gun violence,” said Brooklyn Assemblywoman Latrice Walker.” As you know, there was a mass shooting in my district on July 27th of this year. And the number of shootings are constantly on the rise. So I know that he is going to take that same vigor and drive that he has exhibited this far to the White House.”

Some lawmakers tell us privately that they’ve heard this too many times before. That Bloomberg often floats trip balloons about running, only to pull back. This time may be different of course, but people are skeptical.