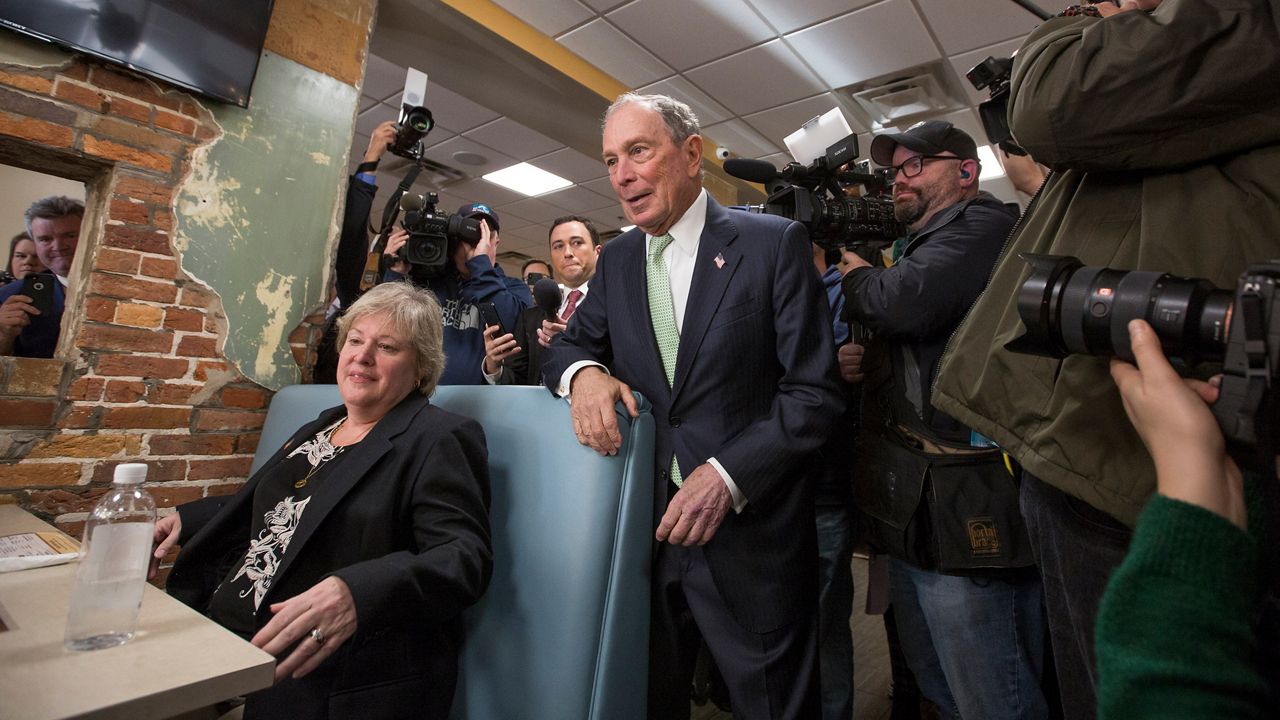 A day in to his presidential campaign and Mayor Mike Bloomberg is still going for decaf.

He chose the seaside city of Norfolk, Virginia, as his first campaign stop, a state that recently flipped from red to blue.

"Southeastern Virginia proves that with the right candidate, we can turn areas from red to blue," Bloomberg said.

Bloomberg spent millions of dollars this year on state legislative races in Virginia, cash that helped flip the state legislature Democratic for the first time in decades.

It's also a Super Tuesday state, which is what the Bloomberg campaign is focusing on.

For his first campaign trip, he did a meet-and-great at a diner.

Norfolk resident Linda Kaufman: I think he can advertise enough to make his name well enough known, and people depend on name recognition for the vote.

Gross: So you think the money makes a difference?

Kaufman: I think in this case, yes, because Trump has already raised so much money.

Bloomberg then gave a 10-minute speech in a downtown hotel, explaining his rationale for running. He took a handful of questions, like on his stop-and-frisk apology.

"I've worked very hard to make sure that we tackled discrimination wherever I saw it," the former mayor said. "New York City has a record that's not perfect but I think we should be proud of in terms of making it a city that's open to everyone."

And then on impeachment:

"If I were a congressman, I would vote for impeachment," he said.

And on whether he thought other Democratic candidates were weak and couldn't beat President Donald Trump:

"There is a greater risk of having Donald Trump elected than there was before," Bloomberg said. "And in the end, I looked in the mirror and said, 'I just cannot let this happen.'"

"If President Trump wins another term in office, we may never recover from the damage that he can do," @MikeBloomberg says in his first public remarks on 2020 campaign trail.

As expected, Bloomberg is making defeating @realDonaldTrump a central part of his campaign. #NY1Politics pic.twitter.com/MSGb2Xl2Rw

Other candidates have been slamming Bloomberg's entry, especially his decision to spend more than $30 million on television ads in the first week alone.

"If you get out and knock on one thousand doors, he'll just spend another $37 million to flood the airwaves," Democratic Massachusetts Sen. Elizabeth Warren said at a campaign event. "That's how he plans to buy a nomination in the Democratic Party."

"For years, I've been using my resources for the things that matter to me," Bloomberg said. "I was lucky enough to build a successful company. It has been very successful, and I've used all of it to give back to help America."

Bloomberg says he wants to talk directly to the public — a public that's about to see a lot more of the former three-term mayor.

We still don't know how often Bloomberg will hit the campaign trail personally, but we do know he's heading off to Phoenix, Arizona, on Tuesday.