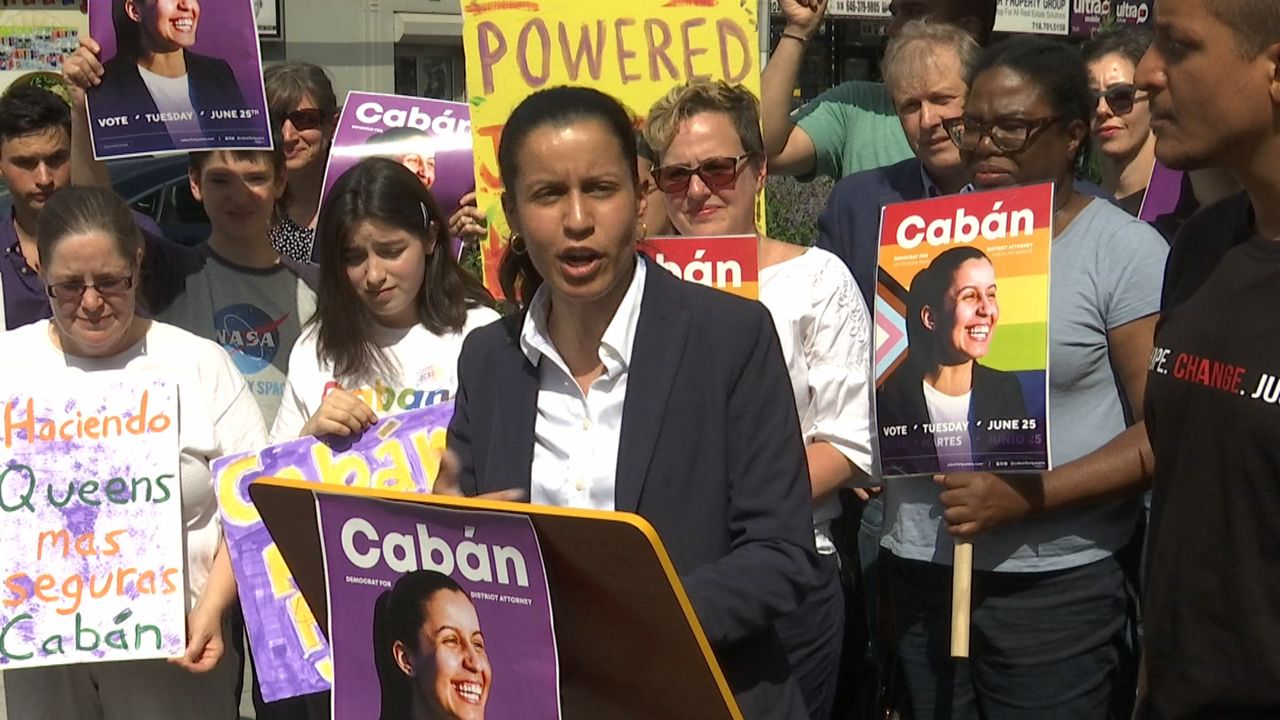 A couple of presidential candidates are weighing in on the Democratic primary for Queens district attorney, endorsing a candidate espousing policies popular with progressives around the United States.

As you heard first on NY1 on Wednesday, Vermont Sen. Bernie Sanders is supporting Tiffany Cabán's campaign. Another Democrat, Massachusetts Sen. Elizabeth Warren, has also endorsed the public defender. Both praised Cabán's agenda of reform and compared her to other progressive DA's around the country.

Cabán was a guest on Mornings On 1 earlier Wednesday and said she had the ability to form an effective coalition and responded to critics who said she lacked experience.

"This campaign has shown a really good example of what some of those transferable skills look like," Cabán said. "Having, you know, hundreds of volunteers, plenty of full-time staff — and these are really important skills to have going forward. And it's about coalition building, it's about being able to build a team that can really execute your vision."

Cabán has earned several high-profile endorsements in the past month.

The Queens DA candidates have been debating how to implement criminal justice reforms becoming popular around the United States, such as ending cash bail and reducing jail populations — and they have debated how far the policies should go.

With just days to go in the race, battle lines have been drawn between establishment figures and the same young progressive voters who turned out last year to support Ocasio-Cortez in her congressional primary in Queens.

"Cabán's strength, most people think, is in western Queens — places like Astoria and Long Island City — AOC's [Alexandria Ocasio-Cortez] congressional district, which in earlier years didn't turn out very well, but last year it did," consultant Jerry Skurnik said. "The question really is, Was last year a fluke, or is that the new reality?"

But the high-profile endorsements out of Washington landed with a thud back in Queens. County Chair Congressman Greg Meeks is a high-profile supporter of the Melinda Katz campaign. He issued a searing statement, slamming Sanders and Warren, saying, "I don't know who they spoke with, but clearly they did not speak with the Elected Officials of Queens County, or the people who elected them."

Queens County chair @RepGregoryMeeks turns up the heat on the Queens DA race: He’s dismissing the @SenSanders and @ewarren endorsements for @CabanForQueens today. Meeks slams them for “patronizing African American voters” and says they did not speak to him about endorsing pic.twitter.com/UMMilKFpMb


Meeks noted Katz's support among black leaders, concluding "African American voters are tired of the patronizing and tired of the arrogance. If they want to be the President for all Americans, I suggest they speak with us before they decide to speak for us."

Katz has been endorsed by several of the city's most powerful unions, including 32BJ SEIU, the United Federation of Teachers (UFT), and 1199SEIU. 32BJ alone counts 20,000 members in the borough of Queens.

"I think what really matters," said 32BJ SEIU Political Director Alison Hirsh. "is the voters in Queens. So I have the outmost respect for Senators Warren and Sanders, but I don't think their endorsement is going to have a material impact on what is going to happen on Tuesday."

Katz supporters say they are focused on turnout, especially is the northeast and southeast parts of the borough.

"Melinda has teachers, she has health care workers, she has hotel workers — she has New York City, that's who runs New York City as a whole," Queens Councilman Donovan Richards said. "So when people use the word 'establishment,' I think that they are overplaying their hand to a large degree."

Whether big name endorsements or the power of local unions can help sway the race won't be determined until Primary Day. Seven Democrats will appear on the primary ballot. Low turnout is expected at the polls. Whoever wins that election Tuesday is expected to win the general election November 5.