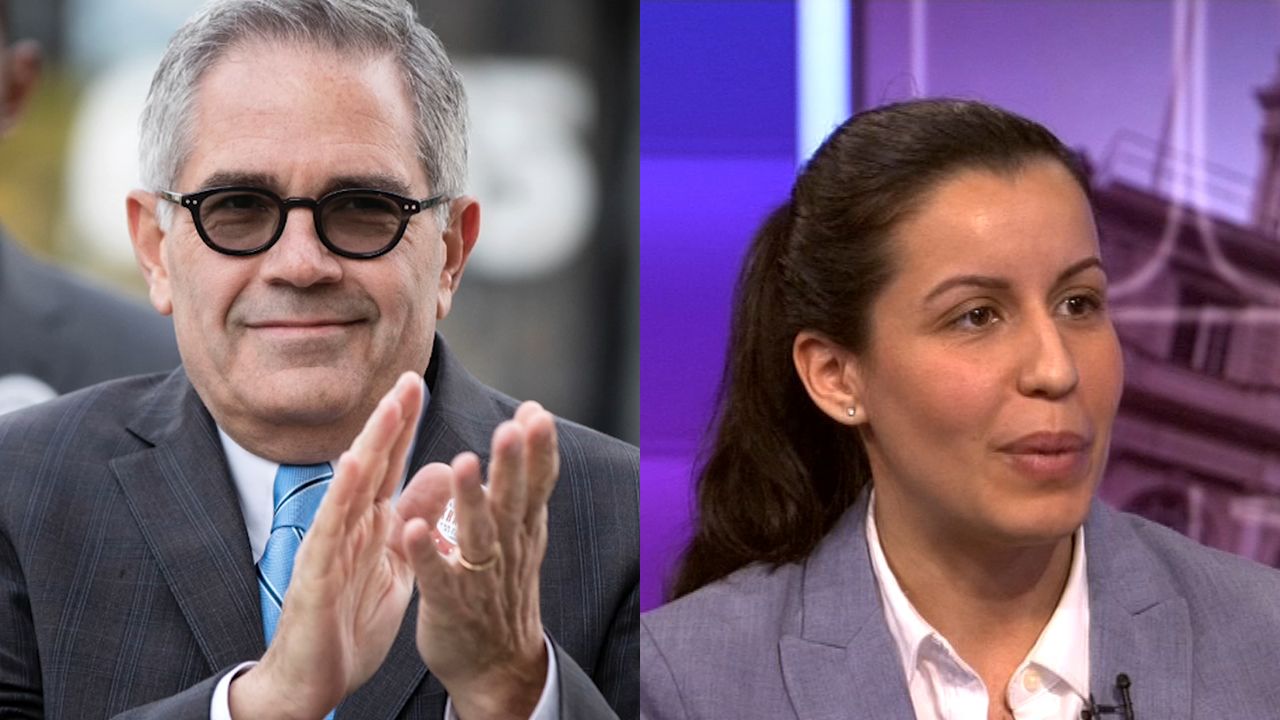 Philadelphia District Attorney Larry Krasner has gained national prominence since he won an upset victory in 2017. With a background as a public defender and civil rights attorney, Krasner has implemented an aggressive agenda of criminal justice reform, and he sees a kindred spirit in Tiffany Cabán.

"It has been clear that this was the real progressive candidate who had the real history, had the life's work, had walked the walk, and wasn't just talking the talk in an election cycle," Krasner said at a news conference Thursday announcing his endorsement.

Cabán has won support from a growing roster of progressive groups and elected officials, including Rep. Alexandria Ocasio-Cortez.

She was also backed Thursday by Akeem Browder, brother of Kalief Browder, who spent three years on Rikers Island on a minor charge and later committed took his own life.

"If we had the kinds of district attorneys' offices that we deserved, Kalief would still be here with us," Cabán said at the news conference.

But Cabán remains an outsider candidate, which she highlighted in her first campaign ad posted online Thursday.

She also went after the perceived frontrunner in the race, Queens Borough President Melinda Katz.

"She will keep the status quo, take money from real estate and protect the machine," Cabán said about Katz in the ad.

Cabán was the only candidate screened by the Queens County Bar Association who was not found to be "qualified," a fact that was noted by the Katz campaign Thursday. A campaign spokesperson added in a statement: "The outsiders and billionaires supporting her reckless campaign are doing all they can to distract from that but the people of Queens won't be fooled."

Krasner believes Cabán can defy the odds. "We have seen this before. We saw it with Barack Obama, when people were very excited. They knew that they had something new and important that was going on, and they turned out to vote," Krasner said. "What you're going to see here is that Tiffany Cabán wins because a ton of new votes turn out."

All seven candidates on the ballot will have a chance to distinguish themselves from the rest of the field at our NY1 debate next Tuesday. Voters will then go to the polls Tuesday, June 25.