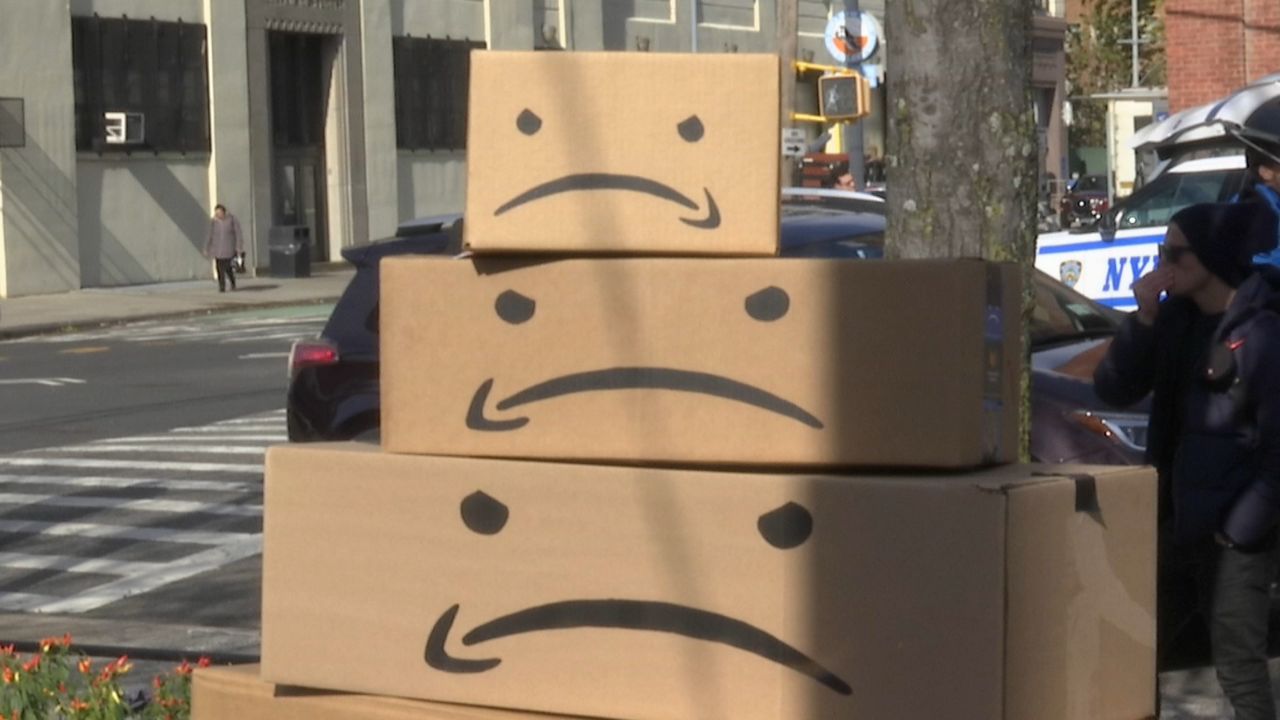 A coalition of community groups gathered Monday at the Queensbridge Houses to celebrate the Amazon deal falling through.

"We protested, we marched, we took actions, we had community meetings upon community meetings, we assembled, we organized, and we democratized," said Donnelly Rodriguez of advocacy group Justice for All. "Through those efforts, we were able to oust Amazon."

The fight over Amazon was so divisive, it even split the labor community. Supporting Amazon were the trade unions, which were going to do a lot of the building for Amazon, and Local 32BJ, the building service workers' union. But the union that supports retail workers was solidly against the HQ2 plan.

"The good news is that an emboldened activist-left has shown that it knows how to win. The bad news is that it also shows catastrophically bad judgment about what to fight for in the first place," Hector Figueroa, the president of 32BJ, wrote in a Daily News op-ed.

The retail workers helped fund the opposition to Amazon, contracting with community groups, such as a "New York Communities for Change" and "Make the Road," to organize against the plan.

"We pay nobody to protest. We support many organizations where there's a shared vision, and we did not change what we were doing as a response to Amazon," a spokesperson for the Retail, Wholesale and Department Store Union (RWDSU) said in a statement.

Opponents of Amazon helped feed a perception that the company was being handed $3 billion from the city and state. In fact, that was not the case. It would have only been available in the form of tax cuts, should the company locate to Queens.

But throughout the campaign against Amazon, those opposed to the deal continued to conflate tax breaks with money that could easily be spent elsewhere.

"Yet the mayor and the governor somehow managed to find $3 billion — I repeat: $3 billion — to give to Amazon," Sabrina Jalal of the advocacy group Committee Against Anti-Asian Violence said at the rally Monday.

Opponents of the Amazon deal didn't do much to correct that misconception which many protesters held.