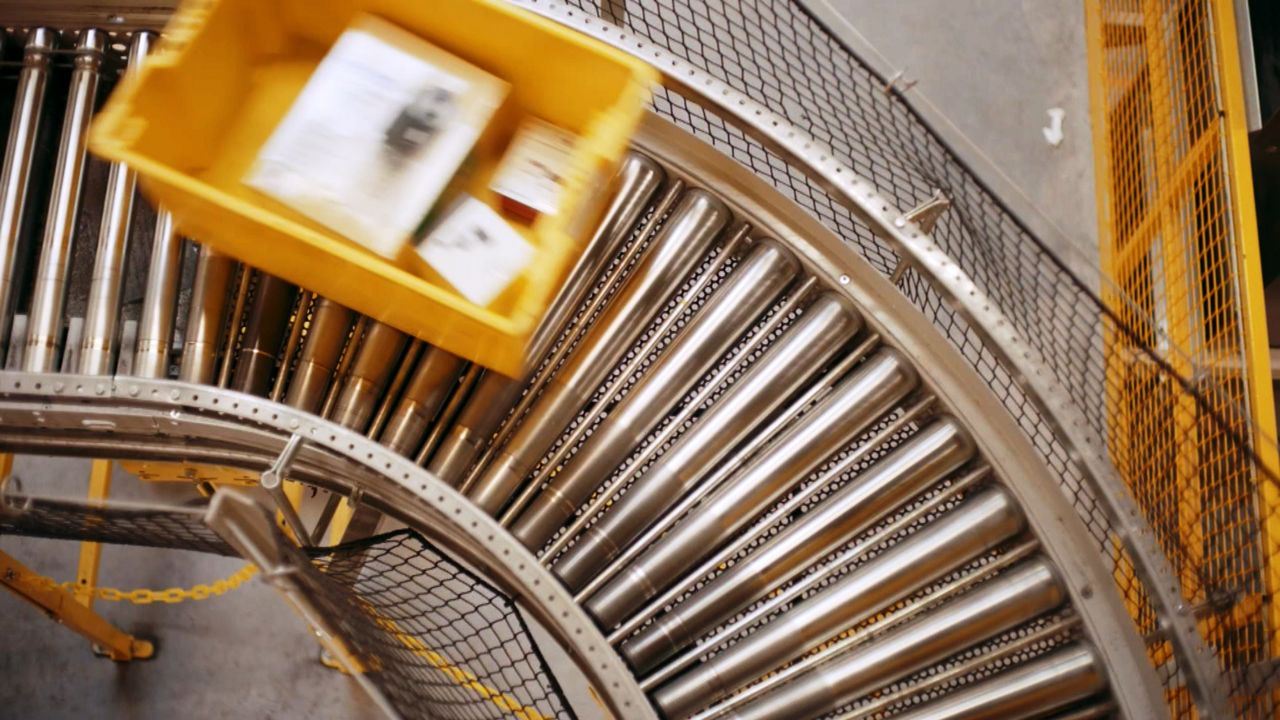 NEW YORK - Amazon abruptly dropped plans Thursday to locate a campus for its new headquarters in the Long Island City neighborhood of Queens.

NOT THE APPLE OF AMAZON'S EYE

Amazon was expected to occupy up to 500,000 square feet at 1 Court Square in 2019 and work to construct more than 4 million square feet of commercial space on the Long Island City waterfront over the next 10 years.

But the company said in a blog post on its website that "a number of state and local politicians have made it clear that they oppose our presence and will not work with us to build the type of relationships that are required to go forward with the project we and many others envisioned in Long Island City."

In the blog post, the company said it will not reopen its HQ2 search at this time, and will proceed with plans in Arlington, Virginia and Nashville, Tennessee. The Arlington site is expected to be the same size as the New York one, with 25,000 employees. The Nashville office is expected to have 5,000.

It never ceases to amaze me how the loud voices of a few, could destroy the chance at a better life for so many. @amazon had big plans in store for the borough of Queens, and we blew it!

The deal — which New York Gov. Andrew Cuomo and New York City Mayor Bill de Blasio brokered after competing against more than 200 other metropolitan areas across the continent — was expected to create 25,000 jobs in New York over 10 years.

But the HQ2 plan faced opposition from community groups and members of the City Council. Critics took issue with the deal including billions of dollars in tax incentives for Amazon. The city and state planned to give the company nearly $3 billion in tax breaks.

The list of grievances against the project grew as the months wore on, with critics complaining about Amazon's stance on unions, and some Long Island City residents fretting that the company's arrival would drive up rents and other costs.

The reversal by Amazon happened only about three months after the mayor, governor, and the online giant announced the plan. But there were reports that the opposition from New York advocates and politicians was wearing on Amazon. Sources told NY1 last Friday that the company appeared to be nearing its breaking point over the plan due to, in part, the backlash. Six days later, the company seemingly had enough.

Cuomo blamed a small group of politicians who "put their own narrow political interests above their community" for Amazon's decision.

"The New York State Senate has done tremendous damage," Cuomo's statement reads, in part. "They should be held accountable for this lost economic opportunity."

De Blasio, meanwhile, who previously criticized local elected officials for their harsh stances on the HQ2 deal, put the blame on Amazon on Thursday.

"We made an agreement with them. They chose New York City. We were keeping the agreement. Guess what? Some community activists wanted to see something else," de Blasio said at a speech at Harvard later in the evening. "That's part of life."

"Instead of an actual dialogue," the mayor continued. "to try and resolve those issues, we get a call this morning saying, 'We're taking our ball and we're going home.' I've never seen anything like it."

Queens State Sen. Michael Gianaris, who was the state Senate's pick to sit on the obscure Public Authorities Control Board (PACB), a potential roadblock to the deal, called the company's decision to scrap the deal a win for New York City, but said he never committed to voting against it.

#Queens State Sen. @SenGianaris, a vocal critic of Amazon, was lawmakers' pick to sit on a board that could have spelled trouble for the HQ2 deal. He calls the company's decision to scrap the plan a win for #NYC, but he says he never committed to voting against it. #NY1Politics pic.twitter.com/QR4zEJJVnf

Queens Councilman Jimmy Van Bramer, who was one of the more outspoken people against the deal and represents Long Island City in the City Council, spoke to NY1 after the news of Amazon's decision was revealed. He said Amazon's corporate culture "is inconsistent with our New York values."

Bronx Borough President Ruben Diaz Jr., also an opponent, responded to the announcement on Twitter by criticizing Amazon for not providing "equivalent concessions" in exchange for the subsidies.

It's unfortunate that @amazon was unwilling to grasp the concept that massive taxpayer subsidies require equivalent concessions to the people providing them. This is a simple aphorism: if you want charity, you have to be charitable. #HQ2 #OrganizeAmazonhttps://t.co/NG8slTiVxr

WHAT NEW YORK WOULD HAVE GIVEN AND RECEIVED

To attract Amazon, the city and state planned to give the company a combined $3 billion in tax breaks. This was one of the major complaints by opponents of the project who felt it would amount to a corporate handout.

Proponents of the project, including Cuomo and de Blasio, said for every $1 Amazon received in incentives, the city and state would have received $9 in return.

"The total state and city revenue that will be produced is estimated at $27.5 billion," Cuomo said at the November news conference announcing the deal. "The revenue-to-incentive ratio is 9-to-1 — that is the highest rate of return for an economic incentive program that the state has ever offered."

In addition, Amazon was to donate space on its campus for a tech startup incubator and for use by artists and industrial businesses. The company was also to donate a site for a new public school for either elementary or middle grades. In its announcement, Amazon said it would also invest in infrastructure improvements and new green spaces. All told, that was expected to add up to a $2.5 billion direct investment from the company.

Still, there were plenty of concerns. Critics of the project, including Van Bramer, said the overtaxed subway system couldn't handle thousands of extra riders every day. It's unclear whether any of Amazon's infrastructure investment would have gone toward improving transit in the neighborhood.

It is unclear whether the New York City Council had any power to scuttle the deal. But City Council members held hearings at which they grilled Amazon officials about the company's labor practices, its contract with U.S. Immigration and Customs Enforcement (ICE) to provide facial recognition technology, and other issues.

Protesters interrupt the Amazon hearing and Speaker Corey Johnson says he will clear the mezzanine if it happens again. pic.twitter.com/Hvoju0Nc8H

City and state lawmakers, including some who signed earlier letters calling for the online giant to move to the city, were also angered at being cut out of a deal that was negotiated without their input, and criticized both the process and Amazon subsidies.

A Quinnipiac University poll released in December found New York City voters supported having an Amazon headquarters 57 percent to 26 percent. But they were divided over the incentives: 46 percent in favor, 44 percent against.

Andrew Ousley, a business owner who lives near the proposed site, said he had been considering moving out before Amazon moved in.

"Now that they're not coming, I'm more likely to stay and see how the neighborhood continues to grow and evolve in a more organic fashion," he said.

WHAT SUPPORTERS HAD TO SAY

Construction industry groups and some local business leaders had urged the public and officials to get behind the plan.

Eric Benaim, a realty executive who gets most of his sales and rentals in Long Island City, had led a petition in support of Amazon, drawing 4,000 signatures.

"I woke up this morning and I had no clue this would happen. Zero. This news is a shock, and I'm devastated," he said.

"This is, quite honestly, one of the saddest days in New York City's history," a Long Island City business owner said, arguing it was "beyond crazy that there could be any situation where Amazon coming to New York could be viewed a negative by anybody."

"This is, quite honestly, one of the saddest days in New York City's history." A Long Island City business owner told NY1's @MylesMill that it is "beyond crazy that there could be any situation where Amazon coming to New York could be viewed a negative by anybody." pic.twitter.com/ZWHISdfhLW

A local business owner heckled Van Bramer during a rally praising the demise of the HQ2 deal a few hours after the news. That business owner told the councilman that Amazon not coming to New York City would hurt Queens and deprive Long Island City of needed investments.

"You are a grandstanding politician! You don't believe what you're saying! Where are you going to get the jobs? Where? Jimmy, you haven't created one job in your entire life!" the business owner said. "Jimmy 'Van Job Killer!' Tens of thousands of jobs! Gone! Shame on you, Jimmy!"

"Jimmy, you are a grandstanding politician, you don't believe what you're saying. Where are you going to get the jobs. Where?" Another New Yorker reacts to the news #Amazon is pulling out of the HQ2 deal. https://t.co/mNB2SlHLpu pic.twitter.com/rJMg0I3OAP