Two of the containers have already been installed in Times Square. (NY1/Richard Agostinoni)

'We heard you': NYC rolls out new bins to curb trash, stymie rats

The piles of curbside trash bags currently serving as “all-you-can-eat buffets” for the city’s rats will soon be off the menu, officials said Wednesday.

The city is installing padlocked containers throughout the five boroughs that will store street and sidewalk trash, Mayor Eric Adams said at a news conference in Times Square.


The $1.3 million initiative is an expansion of a pilot program focused on cleaning up streets and stopping “the dodging of black bags and rats and spillage,” Adams said.

The city will partner with Business Improvement Districts to select sites for the containers based on “neighborhood needs,” Meera Joshi, Adams’ deputy mayor of operations, said at the news briefing. 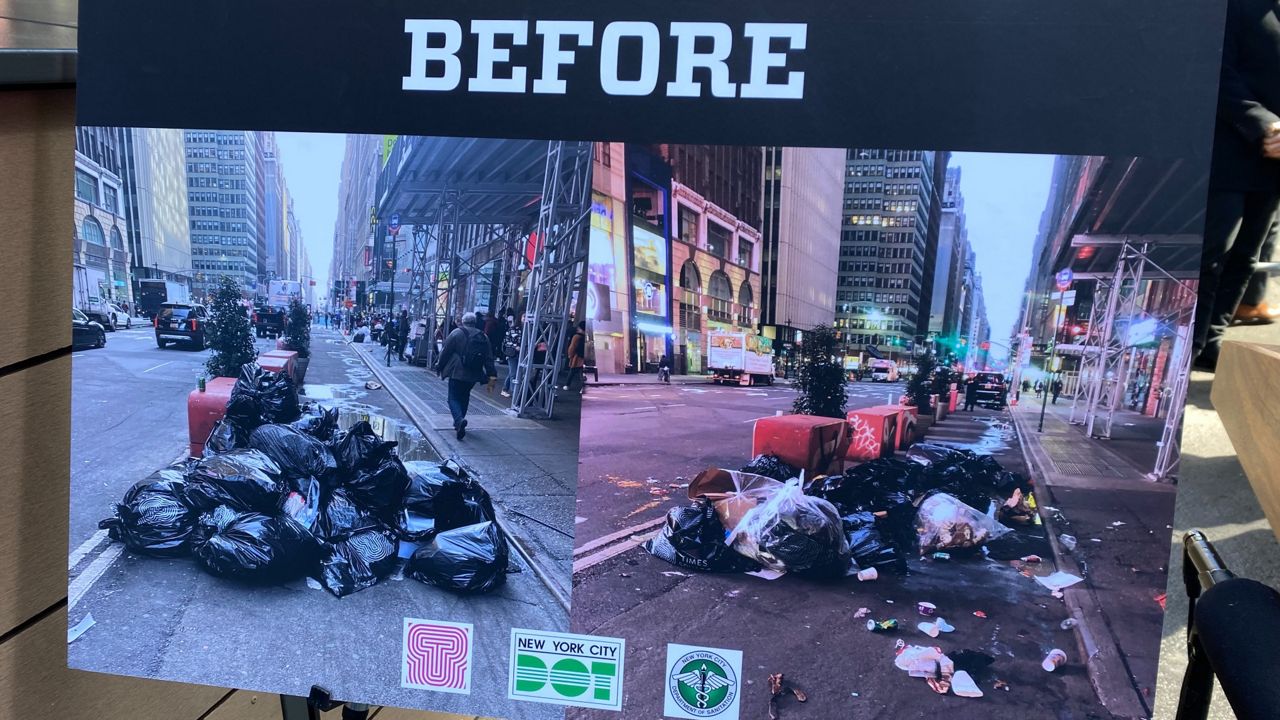 “All five boroughs will have some semblance of these beautiful containers in their community,” Adams said. “They’re impressive, they’re clean, they’re out of the way, and containers will reduce some of the problems that we have when you see the black bags all over the city.”

Two of the containers have already been installed in Times Square, at West 41st Street and Seventh Avenue and West 43rd Street and Eighth Avenue, the mayor said in a press release.

Adams did not say how many containers the city plans to install. NY1 has reached out to City Hall for comment. 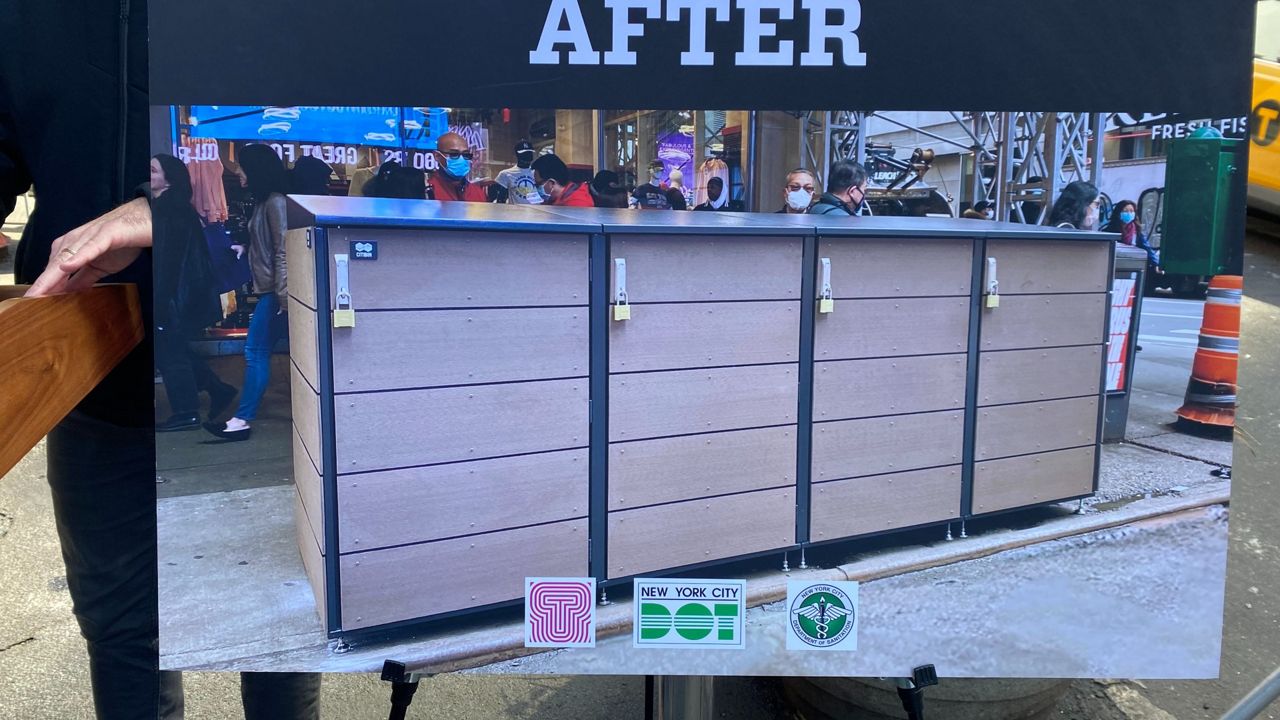 More than 100 rats met their demise inside battery-operated traps during the monthlong initiative, Adams said at the time.

Speaking at the news conference on Wednesday, the city’s new sanitation commissioner, Jessica Tisch, said the Department of Sanitation would be “announcing more containerization projects in the months ahead.”

“These sealed containers are in a spot where bags of litter basket waste used to sit on the curb for hours, providing a free all-you-can-eat buffet for rats,” she said. “Whether residential, commercial or litter basket trash, we want to find out what works, what doesn’t, and finally give New Yorkers the clean curbs that they deserve.”