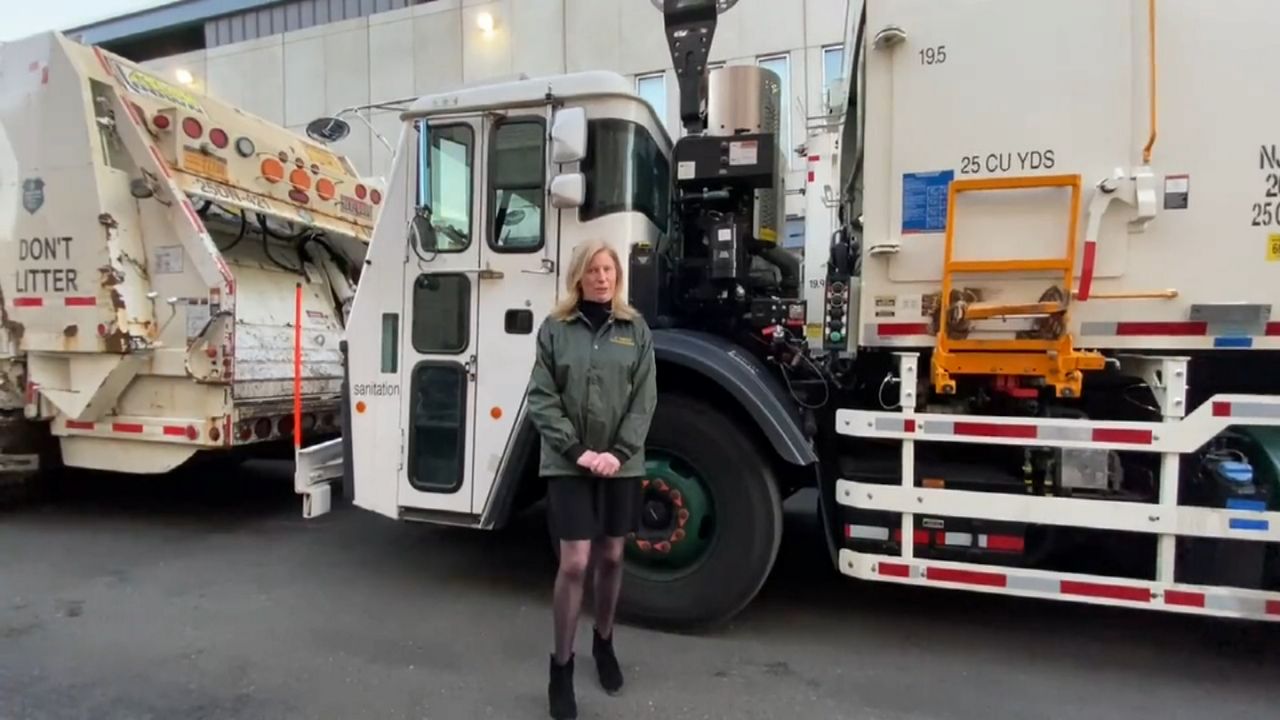 Jessica Tisch was selected by Mayor Eric Adams to be the city's new sanitation commissioner. (DSNY via Twitter)

NEW YORK — Jessica Tisch, the former head of the city’s Department of Information Technology and Telecommunications, has been named the next sanitation commissioner, Mayor Eric Adams announced Monday.

She will replace Ed Grayson, who retired last week after 23 years with the department.

This morning @NYCMayor announced the appointment of Jessica Tisch as commissioner of the New York City Department of Sanitation. Welcome to #NewYorksStrongest! pic.twitter.com/y3JhaEv0Ty

“Jessica’s knowledge, experience, and unwavering commitment to New York City cannot be overstated,” said Adams. “Put plainly, Jessica is a ‘Get Stuff Done’ leader, who has delivered continuous results on behalf of all New Yorkers throughout her career.”

“From revolutionizing policing technology in the NYPD, to overseeing critical pandemic programs to support New Yorkers in need, Jessica’s work has touched millions.”

As the commissioner of DoITT, Tisch ran the largest municipal IT organization in the country and played a vital part in the city’s COVID-19 pandemic response, the mayor’s office said in a press release.

Tisch also helped in building out 5G service across the city, quadrupled DoITT’s spending with minority and women owned businesses, rolled out text-to-911, helped get Wi-Fi in all homeless shelters that serve families with children and more.

Prior to leading DoITT, she served as deputy commissioner of information technology at the NYPD, “where she spearheaded efforts to use technology to transform the NYPD's fundamental business processes.”

As the new commissioner of DSNY, Tisch will manage all of New York City’s waste collection, recycling and disposal. She will also oversee street cleaning efforts and snow removal on 6,500 miles of streets.