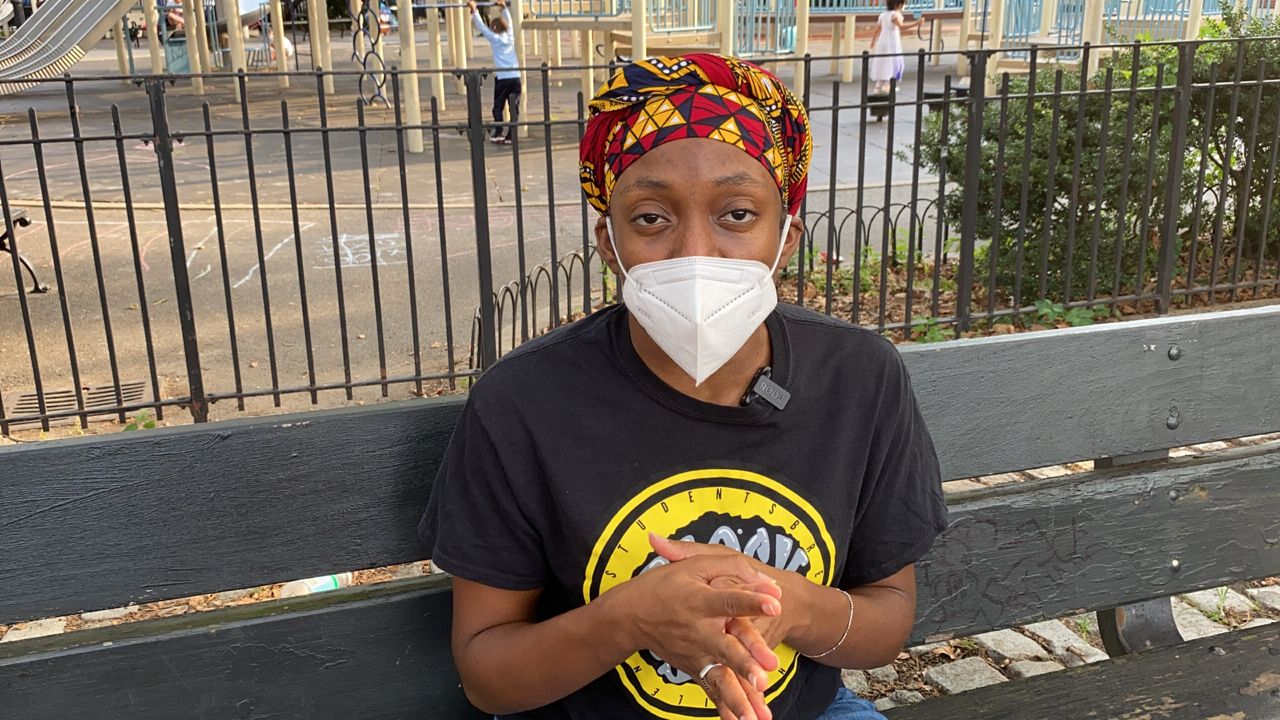 Tajh Sutton, a mother of two public school students, is keeping her children home from school due to coronavirus concerns. Photo by Jillian Jorgenson.

Some parents won't take 'no remote option' for an answer

When students streamed into public schools on Monday morning, Tajh Sutton’s two children weren’t among them.

“It's not that I don't want to send my kids to school — I would love nothing more for them to reunite with their teachers and and their peers, you know. But I'm not gonna risk their health for them to do that,” Sutton said.

So, Sutton kept her children home, part of what she’s calling a strike for remote learning. She has no intention of sending them to class any time soon, or of seeking out other online options.

“I don't want to have to send my child to an online school. I don't want to enroll them in a private school or charter school. Many of us who are considering striking have been fighting for public education for years,” she said.

Sutton is the president of her District 14’s Community Education Council, and a member of several other parent groups focused on equity in city schools. She’s been sharing resources online for parents who, like her, are refusing to return to classrooms.

“Parents want to keep their children home, but they're terrified that their families are going to be broken up by ACS if they even try it,” she said.

City officials have said the children’s services agency may be involved if a child is being deprived of an education.

Other than home instruction for medically fragile children, in-person instruction is the only option being offered.

Parents can send a letter of intent to home-school their child, but doing so will result in being unenrolled from their public school.

“We're all getting these canned responses from the Department of Education, that basically state that they can't offer remote resources because everyone is supposed to be in the building, right, which I find really unfair,” Sutton said.

“This is a department of education that is talking about cultural responsiveness and being trauma informed, and you have thousands and thousands of families saying, ‘I don't feel safe, can you help me?’ And the general response of most administrators has been, 'No, I cannot, you need to send your kid to school,’” she said.

That was essentially the response from her son’s middle school. Her daughter’s elementary school teacher was more understanding.

“She is willing to work with my family and myself, just to provide my daughter resources,” she said.

It’s unclear how many parents are following Sutton’s lead. Attendance on the first day of school was about 82%. The city won’t share the total number of students registered for class.

Sutton says that unless the city makes significant changes to its safety measures in schools, she’s going to keep holding out for a public school remote option.

“Nobody's gonna bully me into the decisions that I make from my child. And I'm prepared to go to war with ACS or anyone else who feels like they're going to force my hand,” she said.