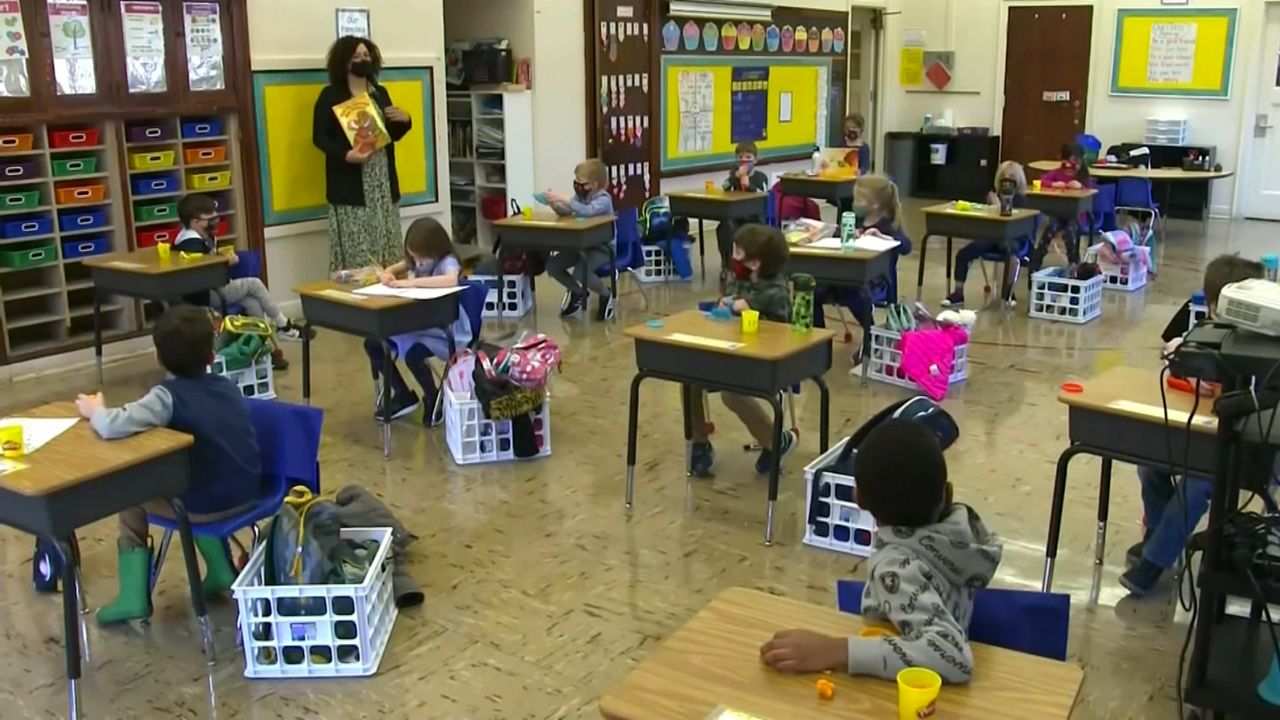 There's no remote option this year, and some parents remain fearful of sending their children to school. File photo by Spectrum News NY1.

What happens if parents don't send children to school? ACS could get involved, city says

Public schools reopen on Monday, but some parents do not feel ready to send their children to class.

That different approach could include contacting the Administration for Children's Services, or ACS, which investigates claims of abuse and neglect.

"ACS is our partner, and ACS is very clear that their goal is the same as ours, and that is to help get our babies into school,” Schools Chancellor Meisha Porter said. “The only time that ACS will intervene is if there's a clear intent to keep a child from being educated, period. Which is a very different thing, to deprive a child of an education.”

To that end, both the mayor and chancellor emphasized wanting to work with parents over the first few weeks of the school year to build their confidence in the system. The mayor has long argued that last year, schools were safer than anywhere else children may go.

"We know that being out in a community during the day is much less safe than being in a school with all these protections, all this cleaning, all this ventilation. So I say to all parents, as someone, myself, was a public school parent, best place for kids to be is in school,” de Blasio said.

Still, the delta variant is more transmissible, and the number of children infected with COVID has sharply risen around the nation. At the same time, classrooms will be more crowded this year, and students will be tested less often. That's got many parents still asking for a remote option with just days to go. While more than half of students opted to stay home last year, the mayor says he's confident they'll return to class next week.

"I do think you'll see a small number of parents who would take a little bit of wait and see, at first, and then they'll bring in their kid, pretty quickly after the beginning of the school year. But I think the vast majority are going to show up on day one and are ready,” de Blasio said.