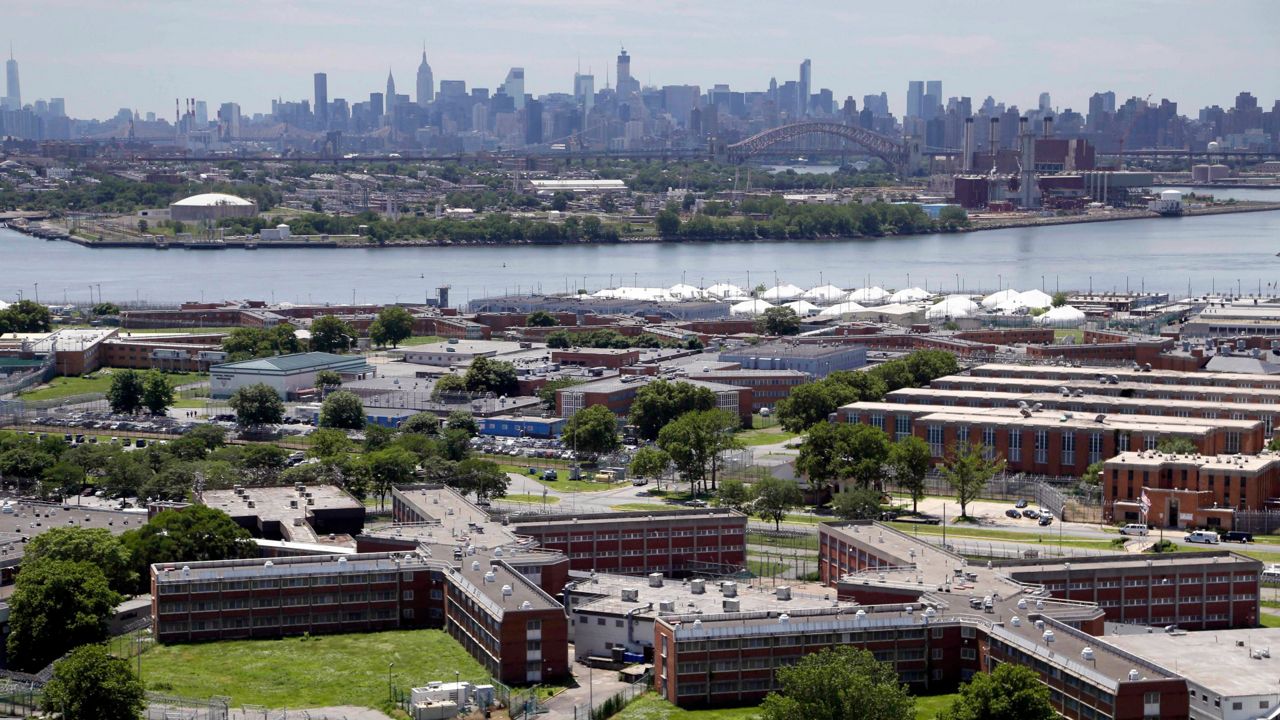 Mayor Bill de Blasio announced a five-point ‘Emergency Relief Rikers Plan’ to address the rising concerns over inhumane conditions at Rikers Island, where there have been five suicides in the last nine months and 10 deaths in the last year.

“We have a situation that's just not acceptable and has to change fundamentally,” de Blasio said at his press briefing on Tuesday.

The relief plan includes emergency contracting to address urgent needs like broken doors and cleaning issues; shifting New York Police Department officers to work in courts instead of Department of Corrections officers so that DOC officers can be back at Rikers; suspending Department of Corrections staff members who are AWOL for 30 days without pay, expanding medical evaluation capacity by using contractors to evaluate officers; requiring officers who are out sick for more than one day to either be evaluated by a doctor or provide "appropriate documentation," with officers who do not comply being suspended for 30 days without pay; and speeding up the intake process to reduce crowding.

While the mayor said most of the issues at the jail complex could be attributed to the COVID-19 pandemic, some issues have predated the pandemic as well.

De Blasio also called for the implementation of aspects of the Less is More Act, which was passed by both houses of the legislature but not signed by the governor. He called for the speeding up of both court cases and transfers of inmates between state inmates, as well as the use of supervised release for nonviolent offenders.

Calls for immediate reforms have been raised recently in the jail complex, which is home to nearly 6,000 detainees and thousands of officers.

Thousands of officers in the Department of Corrections have stopped reporting for duty in recent months. Many have been calling in sick are absent without official leave.

On Monday, elected officials toured the Rikers Island to get a firsthand look at the issues. They described detainees trapped on an island with trash and wastewater on the floors, no medical care or basic services and losing hope fast.

She told NY1 de Blasio’s plan doesn’t address the severity of the problem and “hides the ball” on what can be done to get and keep people out of jail.

“This is like trying to bail out water with buckets when the reality is that the time for lifeboats is here,” Cabán said. "You got to put people on the lifeboats. You got to get them off the island. You have to save lives.”

The plan was panned by advocates for the detainees as well as for the correction officers.

The Legal Aid Society’s Tina Luongo said the goal should be to decarcerate.

“City Hall could immediately release more than 250 people serving less than a year for low-level crimes, requiring them to serve the remainder of their short sentences on work-release,” Luongo said.

“The mayor is a modern day dictator who is out to punish our members, who have been assaulted in record numbers because he refuses to keep them safe,” he said.

Reporting from Gloria Pazmino and Emily Ngo was used in this story.