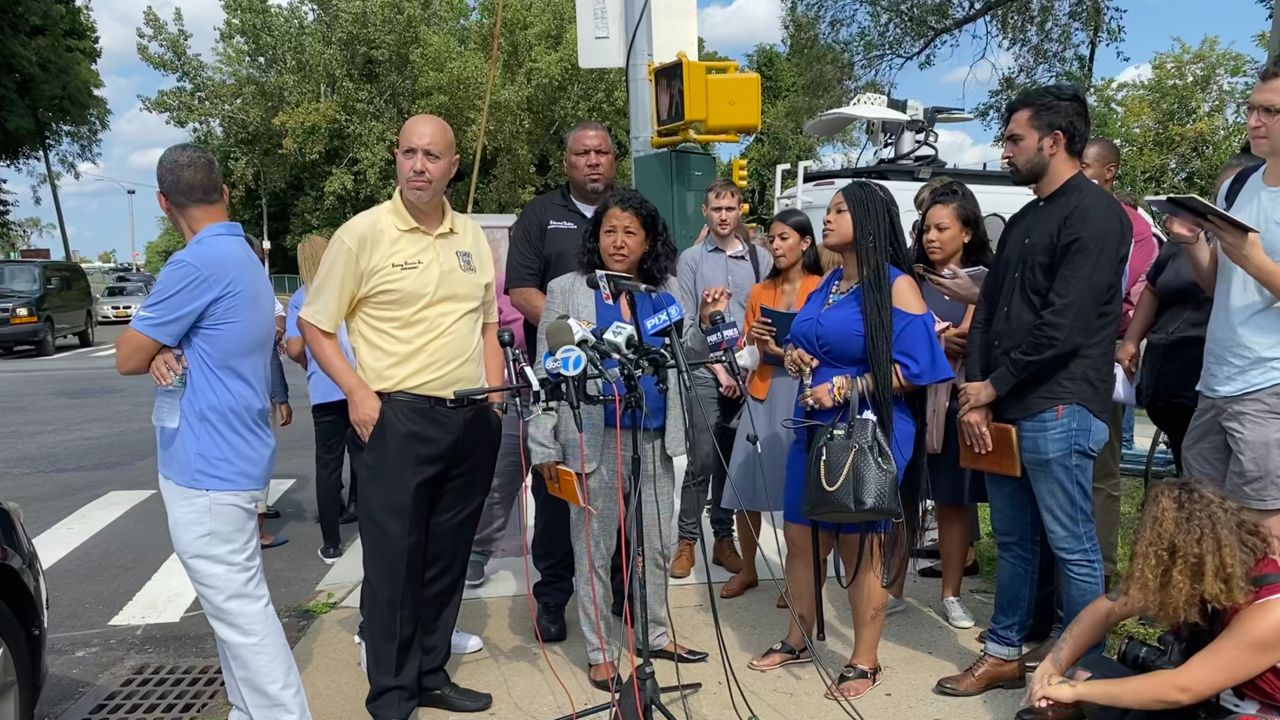 Visiting in shifts, a delegation of elected officials went to Rikers Island Monday and met with detainees there who described horrifying living conditions. Photo by Emily Ngo.

Visiting in shifts, a group of elected officials made up mostly left-leaning state legislators toured the Rikers Island jail complex on Monday to see for themselves conditions they called inhumane.

Some were visibly shaken by the horrors they witnessed.

“I just witnessed an attempted suicide. ‘Miss, come here.’ Jumped up there and tried to hang themselves. Me and Senator Ramos were right there,” State Assemb. Jessica González-Rojas said.

The lawmakers described the some 6,000 detainees as trapped on an island with trash and wastewater on the floors, limited to no medical care or basic services and losing hope fast.

Correction officers are stretched thin, working triple shifts and calling out of work by the thousands.

Their union president told NY1 the situation is untenable.

“We need 2,000 more correction officers. And the cells have to be fixed. They have to break up the gang-populated areas where they’re housing inmates by their same gang affiliation. It puts us at a disadvantage,” Benny Boscio, president of the Correction Officers’ Benevolent Association, said.

His members jostled during the news conference with lawmakers and detainee advocates, including public defenders, though they did agree on some points.

“Can we please stand together to hold the mayor accountable?” asked Victoria Phillips of the Jails Action Coalition.

“The mayor has to be held accountable,” Boscio agreed.

Mayor Bill de Blasio said earlier in the day that City Hall is talking regularly with the correction officers union.

“I wish it was more of a two-way street. But that never stops us. We’re going to keep trying to keep the officers safe, the folks who are incarcerated safe, everyone safe and move the system forward,” he said.

Those denouncing the jail complex’s deplorable living conditions want prosecutors and judges to use their discretion to send fewer people to jails and to release more people from jails, the mayor to use his authority to grant work release to some serving sentences and Gov. Kathy Hochul to sign the “Less is More” Act to keep those with technical or non-criminal parole violations out of Rikers.

Asked when Hochul would sign the legislation, her press secretary Hazel Crampton-Hays said, “Governor Hochul is deeply concerned about the situation in city jails and exploring options, including reviewing legislation, to keep New Yorkers safe.”

Advocates say the immediate enactment of the "Less is More Act" would mean 400 fewer detainees at this jail complex, with 1,000 people eligible.