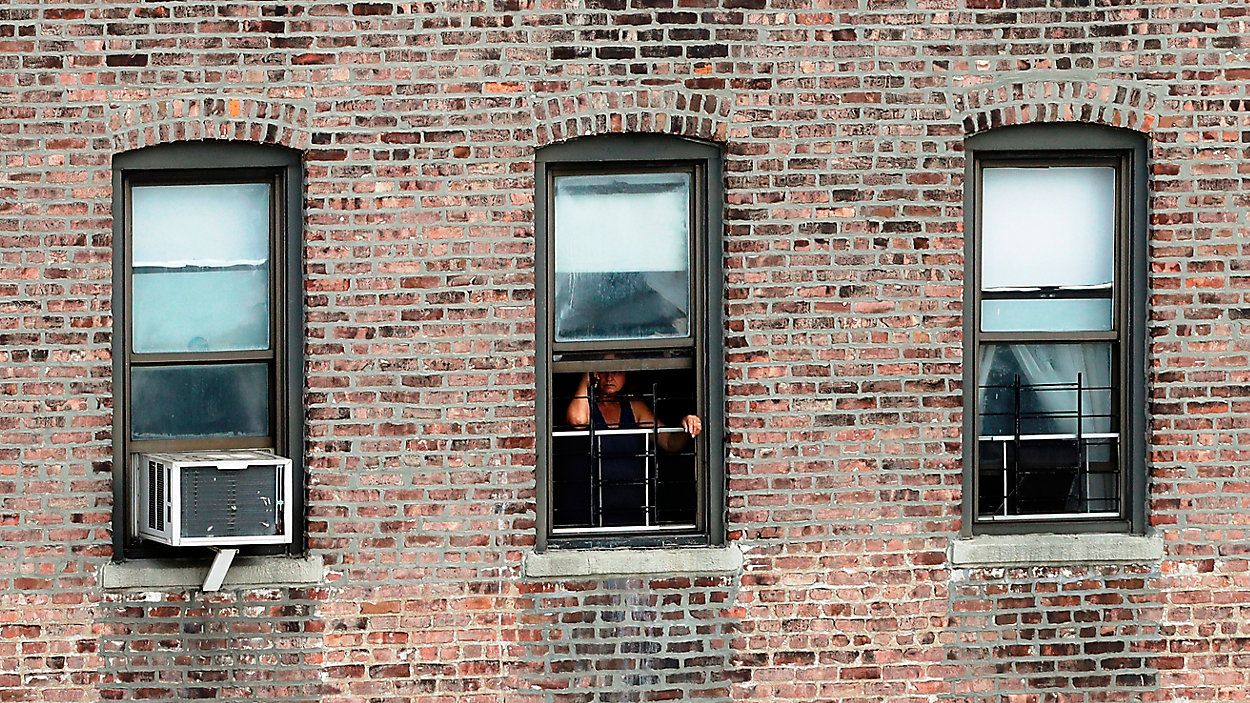 NEW YORK - We first met America Baniagua in early August. The senior, who has health issues and is on a fixed income, was waiting more than three months for the free air conditioning unit she was promised.

In May, Mayor Bill de Blasio announced the city would spend $55 million on 74,000 air conditioning units for low-income seniors.

With summer over, the mayor’s office says it has distributed 72,500 units, but 2,850 seniors are still waiting.


Baniagua got a unit, but not from the city. After NY1 interviewed her, the nonprofit, Stanley M. Isaacs Neighborhood Center, provided it.

"The calendar keeps turning and we have seniors who are saying, ‘I have a chronic health condition. I need an air conditioner,’” explained Stanley Isaacs Neighborhood Center Executive Director Gregory Morris.

The Issacs Center spent almost $30,000 on AC units for 75 seniors on the Upper West Side.

“It’s my understanding that there were actually more folks who were actually eligible who didn’t receive [them,]” said Morris, who explained that what he sees as the city's "top down” dictates are a chronic problem.

He contends that the city didn’t ask the center or others like it which people were in need, before acting unilaterally. He explained it took repeated requests for the city to consider its feedback, a waste of time and resources.

The same thing happened in the GetFood program, which provides meals to home-bound seniors in the pandemic. The city didn't initially ask the nonprofit organizations that work with seniors who need food assistance.

“We are physically embedded in the community," said Morris. "We know what the vulnerabilities are for older adults, for children, for families."

In April, NY1 introduced you to Regina Loicano, who had fallen through the cracks. She was afraid to leave her apartment and unable to get registered for meal deliveries. So, she was living on cat food.

"I get it," said Morris. "This is a very challenging moment in our history. It’s unimaginable, and yet the city hasn’t leaned on folks like us who are within the community to help try to resolve problems, and I think that has been perplexing to say the least, but I think it also does more harm than good.”

The city responded, saying it has been in regular communication with its network of providers and had 72,500 units installed in one summer, while nobody else in the country has even attempted a program like this.

In a statement, a spokesperson for the mayor wrote, "It’s a monumental undertaking – one that hasn’t been done before, and isn’t being done anywhere else. We're installing more units every day, and we won’t rest until all qualified applicants get the free unit they need."

Now, though, with the temperature dropping, the Isaacs Center is worried about heat, hoping the city improves its communication and coordination.