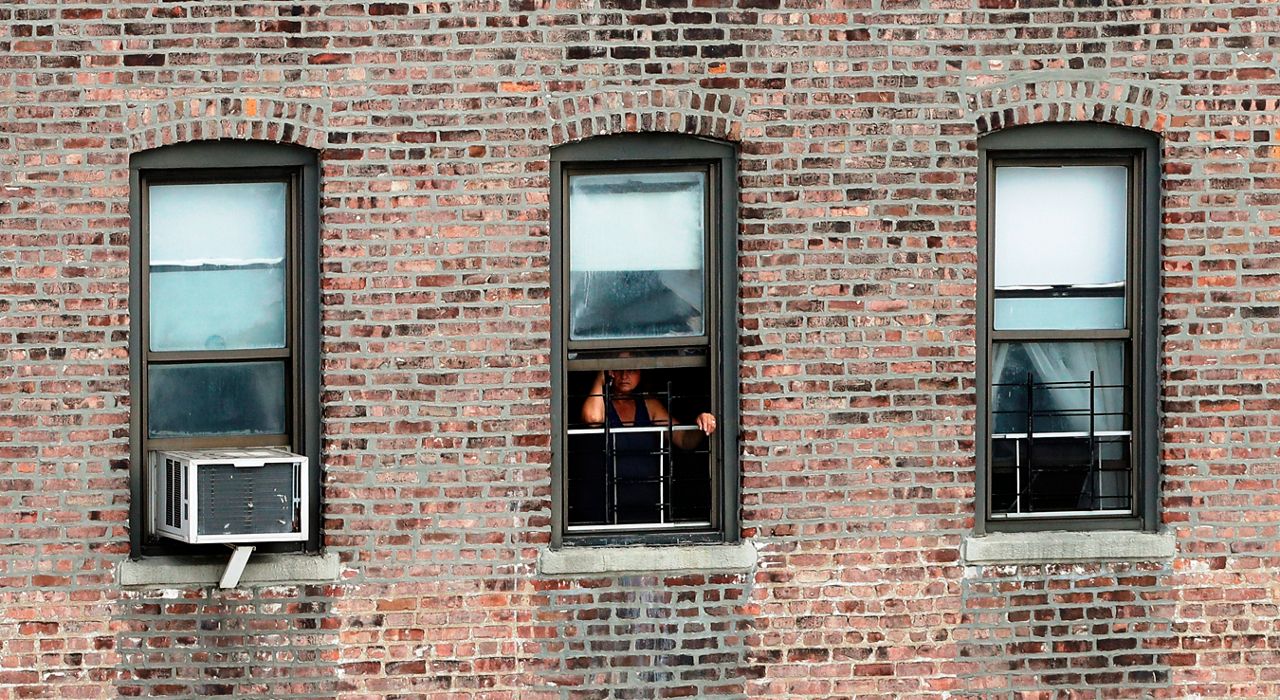 With the city’s public swimming pools not opening this year, and with many New Yorkers expected to stay home this summer, Mayor de Blasio has announced a COVID-19 heat wave plan to protect vulnerable New Yorkers, especially low-income seniors.

“Knowing that low income seniors are the most vulnerable, we’re going to start an initiative right away to get them air conditioners,” said Mayor de Blasio.

In announcing the city’s COVID-19 heat wave plan Friday, the Mayor stressed three key components, “First, protect the health and safety of the most vulnerable. Second, give New Yorkers safe, positive cooling options, different in many cases than what we’ve known in the past. Third, prevent power outages and God forbid they happen, be able to respond to them quickly.”

To protect seniors from getting heat stroke or dehydration, which can disproportionately impact older adults, the city has set aside $55 million to provide more than 74,000 air conditioners to city residents who are at least 60 years old, earn less than 60% of the state’s median income, and who do not have AC at their home.

Eligible seniors will be identified by various city agencies and case managers, with about 22,000 being set aside for seniors in NYCHA housing.

92-year old Holly Parker of Woodside lives in public housing and does not have AC.

She and her home health aide, Allison Mitchell, are hopeful that Parker will be selected to receive a free one.

When asked, “Would you use the air conditioner?” Parker replied, “Yeah, we could use that!”

Mitchell, who was taking Parker for a walk Friday afternoon, said the air conditioning unit “would help her tremendously. The elderly, they need to be in an environment to the right temperature. For her and that building there, it’s hot. It’s very hot in the daytime!”

To offset the expenses of running those ACs, Mayor de Blasio says the city is asking the Public Service Commission for $72 million to help pay the utility bills for around 450,000 vulnerable New Yorkers.

Meantime, the city is in the process of selecting sports venues, auditoriums and other large spaces that could serve as cooling centers in high-risk communities.

The Mayor says these centers would enforce safe social distancing and that and personal protective equipment would be handed out.