Dench’s respiratory machine could have been powered by a backup generator when the city faced the second largest power outage Consolidated Edison has ever reported.

Her Red Hook West building is among hundreds to which the New York Housing Authority (NYCHA) promised an emergency power supply in the years after Superstorm Sandy ravaged the development in 2012.

In fact, when Mayor Bill de Blasio secured $3 billion in federal funds in 2015 to repair NYCHA developments hit hardest by Superstorm Sandy, he chose the Red Hook Houses to make his announcement.

But five years later, out of the 214 NYCHA buildings slated to receive generators through its Resiliency & Recovery plan, the total number of operational machines is 25.

And none of those are in the Red Hook Houses.

“It’s not right how government authority figures are failing on their jobs,” Dench said. “There’s going to be a catastrophe at some point.” Since the December 2015 arrival of the Federal Emergency Relief Administration’s $3.1 billion grant — designated to fund storm protections for about 200 buildings — only eight out of the 33 developments allocated generators have them up and running, NYCHA records show.

“NYCHA is currently working to bring this capacity to 33 NYCHA developments” a spokesperson said. “And we expect to have work completed by 2023.”

That gives NYCHA less than 3 years to install 189 back-up generators.

NYCHA cites the breadth and complexity of the project for delays in implementing repairs, noting its already invested $2 billion in infrastructural improvements that include the 25 backup generators.

"We are currently coordinating with a host of vendors and multiple utility companies to make this historic investment on behalf of our residents a reality," the spokesperson said.

NYCHA — which had spent just 41.1 percent of its $3.1 billion FEMA funds as of May 2019, according to a City Comptroller’s office report — has missed its deadlines before.

Red Hook’s Sandy $550 million rehabilitation didn’t being until August 2017, more than a year after the scheduled April 2016 start date and two years after de Blasio promised them FEMA funding.

The Brooklyn development is still relying on temporary boilers, installed after Sandy hit, for heat and hot water, Dench said.

And when Tropical Storm Isaias blew out the power Tuesday afternoon at about 2:30 p.m., it took NYCHA eight hours to notify residents what their eyes had told them hours before. 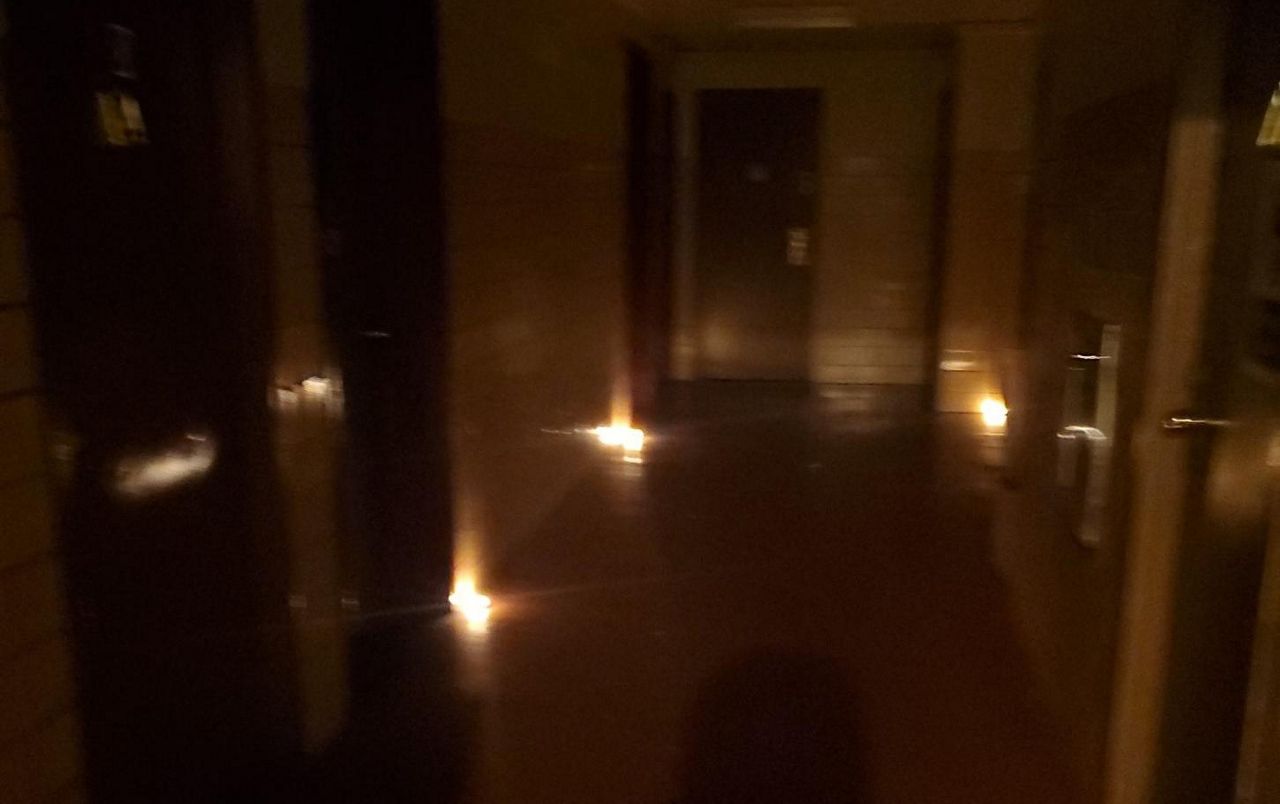 Not one NYCHA representative contacted Dench, who suffers mild paralysis that makes it difficult for her to breathe, to make sure she was okay, she said.

“They know I’m disabled,” Dench said. “Why wasn’t NYCHA checking up on the disabled people with no power?”

"The power outage underscored the need for readiness plans to be up-to-date with local input because, in these instances, community members are often first responders caring for our vulnerable neighbors," Velasquez said in a statement.

"The Congresswoman will continue pressing NYCHA to be well prepared in the future and in touch with local residents."

Communication might not have been necessary had the backup generators been installed. But progress has been stalled by a massive overhaul of the Red Hook Houses that residents say has created a dangerous, unnavigable maze.

"They tore up everything," Dench said. "But they never installed the generators."

Among residents raising the alarm is tenant organizer Nahisha McCoy, who has been trying for years to get NYCHA to address concerns.

“I’m so used to NYCHA’s neglect,” McCoy said. “These buildings will never be ready.” But it’s not the work being done that troubles McCoy, it’s the work that isn’t.

McCoy worries the new back-up generators will only increase risk for residents when hooked up to building wiring that hasn’t been updated since the 1930s and 1950s.

“There’s so busy fixing the outside in case of storm but they need to fix the inside,” McCoy said. “You’re going to connect new wiring to old wiring and it’s going to cause fires.”

While NYCHA’s at it, McCoy added, they might address the “mold and lead and filth.”

The darkened hallways and roaring winds brought back nightmarish memories of watching her husband and son brave the flooding water outside the Red Hook House in an attempt to find their car, and help the family escape.

The water was at chest level when her husband lost his footing, disappeared under the water, and almost lost his life, McCoy said.

“That’s something you never forget,” McCoy said. “Red Hook houses cannot take another storm at all.”