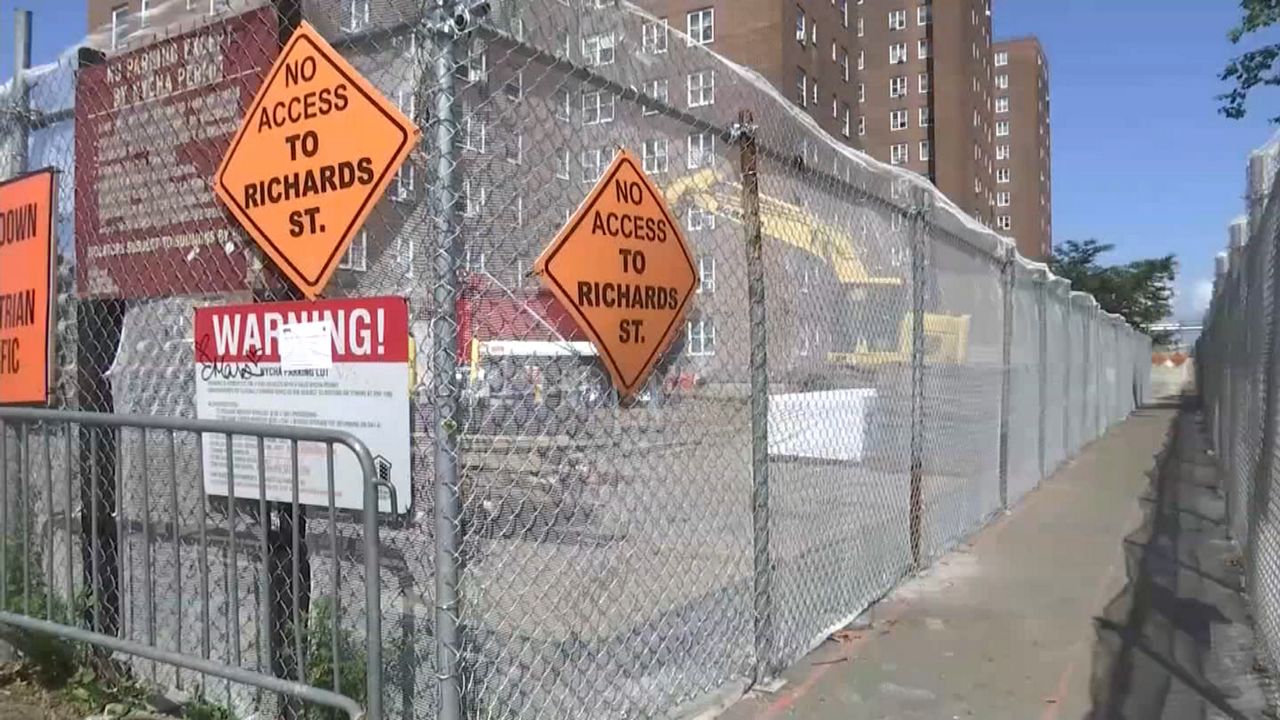 For Red Hook Residents, Hurricane Sandy is Still a Crisis

It's a maze of construction fencing at the Red Hook Houses.

Many paths through Brooklyn's largest public housing complex are blocked, sidewalk space is limited and shared with construction crews. The work is all part of a Sandy reconstruction project that's underway nearly eight years after the superstorm swept through.

"This place is a wreck," said another.

Open areas are filled with mounds of dirt, one of them on top of a children's playground.

"This is the summertime, where are they supposed to play at?" resident Toni James asked. “They dug up everything for these children. This is unacceptable."

Many benches have also been removed. And dozens of trees chopped down across the 40-acre site.

"Many of the elderly sat down on the benches under the tree to get air or just to have a break from the house," one tenant said.

The $550 million recovery and resiliency project began in 2017 with roof replacements. Work is now being done on the heating and hot water system. There will be emergency back up power in place too.

The citys Housing Authority said the upgrades will provide protection against future flooding and improve the quality of life here. But residents said they were never consulted about the onslaught of projects rolled out at once.

"You didn't come to me. I'm here," said Tenant Association President Liilie Marshall.  “You cannot just go around me. We live here."

Marshall said the posting of explanatory signs by NYCHA is not an adequate substitute for the community outreach, especially to the large numbers of senior residents who live here.

"Little shoddy sidewalks for these people to walk on. What if someone falls? This is crazy," said Marshall.

"I know work needs to be done, but they're doing it all at the same time," said resident Valerie Hill. “You're making it hard to maneuver around, especially people in wheelchairs."

NYCHA defends its outreach to residents, saying it will build new playgrounds and hopes to replace every tree that has been removed.

The construction is expected to last through 2023.