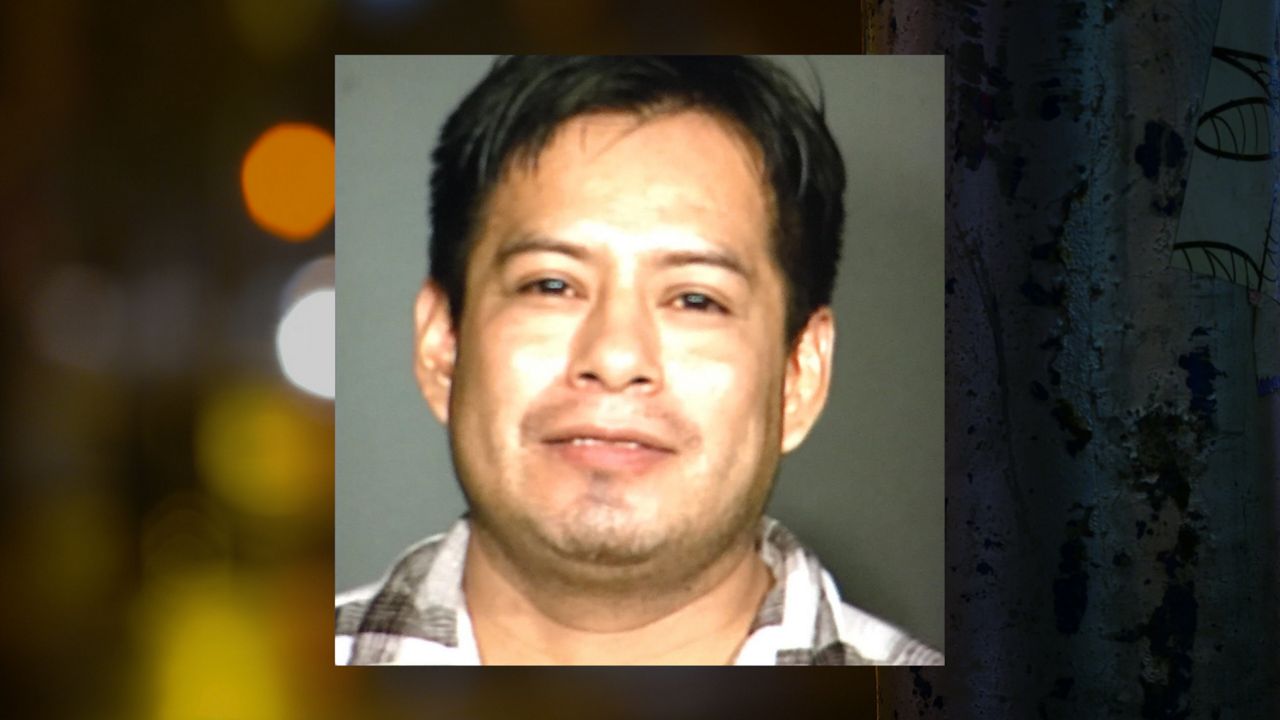 Florencio Moran: Murdered While Sleeping on the Street, a Family Still Not Found

Five men who went to sleep on the streets of Chinatown were beaten in the middle of the night in the beginning of October. Four of them died. They all fit into the fabric of our community in some way or another. In a special series, Courtney Gross takes a look at the lives that were lost — the victims of a tragedy that has shed light on the dangers of living and sleeping on New York City's streets. This is part four of her four-part series.

October 5 was a chilly and windy night. Florencio Moran went to sleep on East Broadway alongside two other men. That's where he was beaten to death.

Moran was the youngest of the four victims, struck down in the middle of the night for using the street as a place to sleep. He was just 39 years old.

Little is known about him. We only have one picture. He was the last victim to be identified. It took officials nearly two weeks to get his name. They are still searching for his family.

We know he was from Mexico, from the state of Guerrero. The Mexican consulate is looking for relatives. So far, no luck.

Moran had friends, a family of sorts, men who banded together in Chinatown and slept on the streets. Luis Rodriguez was closest to him. (Luis Rodriguez (right) sits on a park bench in Manhattan with another homeless man, preparing for a night on the streets.)

"Florencio was my good friend,” said Rodriguez. “I have known him for about that time, for about two years that I have been in the streets."

His group of friends could often be found at a small park in lower Manhattan in the evening hours.

"We would just hang out,” said Rodriguez. “Have a couple drinks, hang out. I met him ‘cause he used to like going to the casino. Just like hanging out, making money, that's how I met him."

They drank together. They took buses to casinos in Pennsylvania together. They slept on the streets together. A life often in the dark, veiled from society as we know it.

We're told Moran at one point wanted to be a professional boxer — dreams dashed, Rodriguez said, by a string of bad luck.

"You wonder how some people just have the worst luck. For some reason or another, they have a terrible life," said Rodriguez.

Abraham Bautista also spent time with Moran on the street. He knew few details about the man he once was. "He was my friend and we also sometimes, we share a beer,” Bautista said. “Every time they see me and run to me and ask me for money to get more beer. We never talk about family. We talk about someday going back to Mexico, but we never had a date."

Moran's story isn't unusual. Anonymity is the language of the streets, where sometimes the homeless simply graze by the services they need.

"We bring meals to people living on the streets, so basically it's the lowest threshold way to provide food for folks,” said Giselle Routhier, who works with the Coalition for the Homeless. “We go to where people are and hand out hot meals. So it turns out we knew almost all the gentleman that were killed or injured in this instance a few weeks ago, because we feed them every night.

"What folks may be doing to survive on the streets, or to deal with problems or trauma they are facing in their lives, may not differ from the kind of coping mechanisms that people who have a home face, but they are forced to do it in public, right? They don't have the privacy of their own home to cope with the issues they are facing. So at the end of the day, the issue that needs to be solved is homelessness and their access to a safe, private space." We know Moran was offered help from city officials at one point years ago — part of the outreach officials do. But he refused, choosing the streets instead.