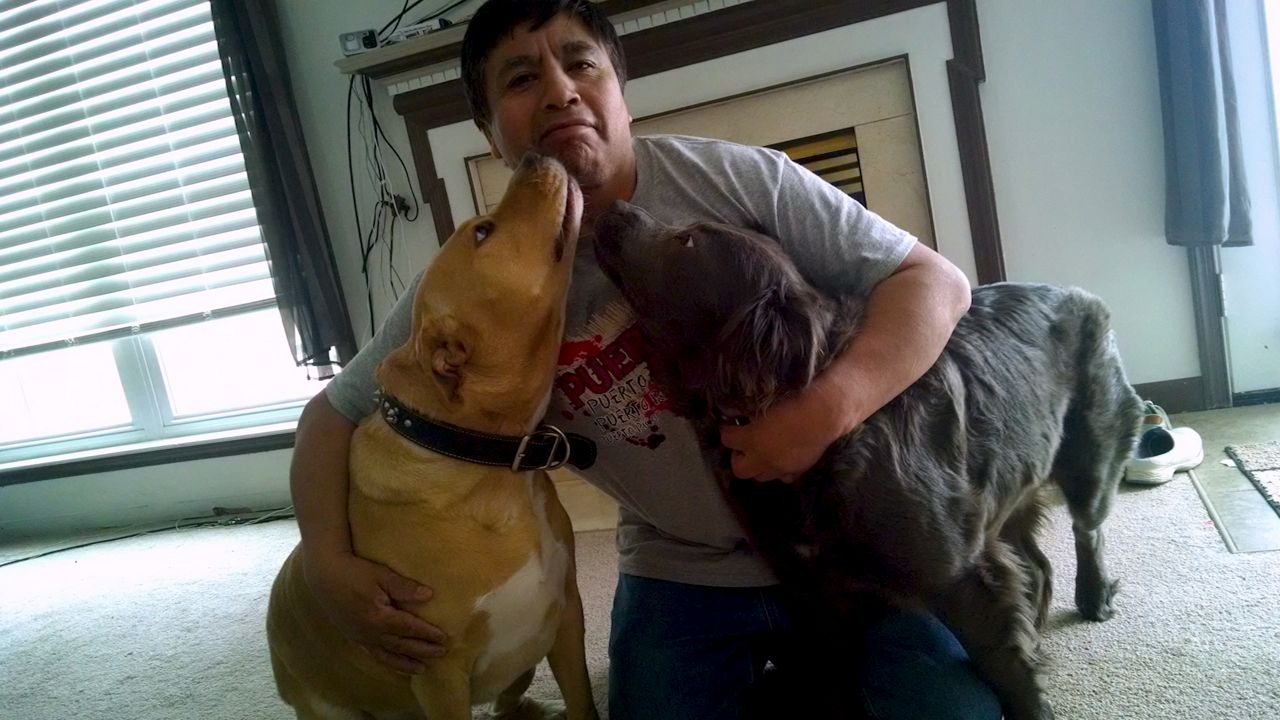 Nazario Vazquez Villegas: Why a Man Who Had a Home to Go to Died While Sleeping on the Streets of Chinatown

Five men who went to sleep on the streets of Chinatown were beaten in the middle of the night in the beginning of October. Four of them died. They all fit into the fabric of our community in some way or another. In a special series, Courtney Gross takes a look at the lives that were lost — the victims of a tragedy that has shed light on the dangers of living and sleeping on New York City's streets. This is part one of her four part series.

You could have found Nazario Vazquez Villegas somewhere in Chinatown in the last few weeks of his life, perhaps waiting for a bus that would take him to a casino in New Jersey or Pennsylvania.

His affinity for a quick buck and this neighborhood is what may have cut his life short, leading him to lay down on the sidewalk in the early morning of October 5, where just after 1:30 a.m., Villegas was beaten to death in his sleep. (A memorial for Vazquez cropped up on the sidewalk in Chinatown where he was murdered on October 5. New Yorkers left candles, flowers, and an assortment of food he enjoyed.)

He opted for the street that night instead of his house and his bed. His daughter, Maria Vazquez, told NY1 that his home was actually on Staten Island, perhaps too long of a ride away from the streets of Chinatown.

"This is, was my father’s room and is my kids' room,” Maria said. “This is my kids' bed and this is where my father stayed. This was his space." Her father’s presence in the house, Maria tells us, was off and on.

"He traveled to the casinos. He would come and go. He said he would go to a church, where they would give them permission to shower," Maria said.

Sometimes, her father wouldn't come home for days at a time, but for the most part, she said, he would check in. That changed for the last three weeks of her father's life. She did not hear from him during that time.

"That’s what I don’t understand,” Maria said while fighting back tears inside her home, flanked by pictures of her father. “And it burns me inside, and I just don’t understand. I don’t understand why he didn’t come home. He didn’t deserve that, him nor the others. People say they were from the streets, but I think all human beings have rights. How do you say that word?” Maria asks herself, searching for the right way to put it. (Maria Vazquez inside her house on Staten Island, standing next to the vigil she created in honor of her late father, Nazario Vazquez Villegas.)

"We matter. They also matter because we’re human beings. They weren’t animals. Not even an animal is treated badly, because animals also have rights," Maria continues. "Then, why them? Because they’re in the street? Because they had too much to drink? Because they made the decision to stay there to sleep? They deserved that? They didn’t deserve that."

It's unclear why Villegas did not return home in the final weeks of his life. We know many of the homeless men in this area saw him often, though.

"He liked to stay in the street, sometimes he go in the shelter and sleep, and then at nighttime he would go to the casino,” said Oscar Garcia, a homeless man who knew Villegas  “He liked to gamble...me too. We drink together. Everywhere. Queens. Brooklyn. Everyone here, we know him together. We're homeless."

We also know he would stay at the New York Mission, opting for one of their beds instead of the one on Staten Island.

A perplexing transience, his friends prefer to call him a free spirit.

"I think it was the wrong time and the wrong place, because like I say, he was friendly, very kind,” said Hugo Galicia, a friend of Villegas. “He liked the free life; he never went and stayed in the same place. He liked new places."

That free spirit is what brought him to this country in the first place. He crossed the border illegally about 15 years ago.

He grew up in a small town about 35 miles south of Mexico City, where as an adult he was known for wheeling around a small taco truck.

He had six children, four of whom still live in Mexico.

In the United States, he was undocumented, which meant working odd jobs at everything from a factory to a restaurant and a pool store.

His daughter told us Villegas recently talked about returning to Mexico. He exhausted his time in the United States, she said, and he did all he wanted to do.

After a farewell in Brooklyn last month, Villegas did return to Mexico. He was buried there in his hometown on October 18.