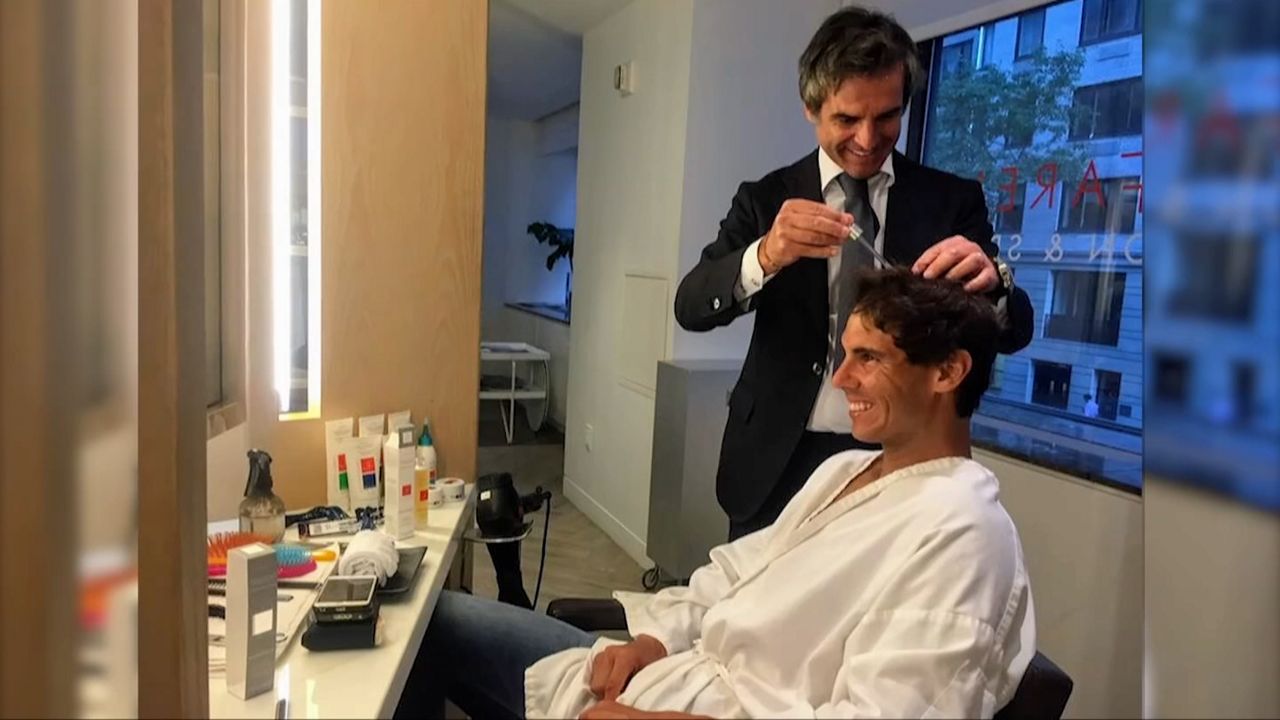 One Hair Stylist's Mission: Make Sure the Stars of the US Open Look Their Best

Meet Julien Farel, hairstylists to the stars and tennis pros. (For a decade, Julien Farel has been responsible for making sure tennis stars look their best — right at the US Open. Nicholas Wetzel/NY1.)

"It's all about the energy for the player," said the owner of Julien Farel Restore Salon and Spa.

For the past 13 years, Farel has operated the salon inside Arthur Ashe Stadium, giving tennis players a little pregame R and R before they hit the courts.

"I think for them it's about feeling good and not thinking. Like, 'Okay my hair looks good. I just have to focus on my game,'" Farel said.

With tens of thousands watching in the stands and the possibility of millions more watching at home, the players want to look their best. Farel says men want a fresh haircut and women gravitate towards braided styles — to help keep their hair out of their face, a look I can appreciate too.

Belgian tennis player Kimmer Coppejans says it's a little bit of comfort during a strenuous few weeks, and one of the US Open's best-kept secrets.

"I think they're doing everything they can to make us feel at home," Coppejans said. "It's great to get away from the tennis and get your hair done at the US Open itself."

Speaking of secrets, Farel isn't spilling the tea he hears from his clients, but he has a few favorite stories to share:

"The first time I cut Rafael Nadal's hair from long to short in 2009, he won the tournament!" Farel said. "That was big deal. That was a haircut win."

Farel has been so inspired by his athletic clients, he's even designed a haircare line with them in mind.

"An athlete, especially a tennis player, washes their hair like two to three times a day," the stylist said. "They need something extremely gentle."

While catering to 50 players a day can be busy for Farel, it's hardly work.

This pop-up salon is just for tennis players and some VIP guests. But if you want the Julian Farel treatment, he also owns a salon on Park Avenue.