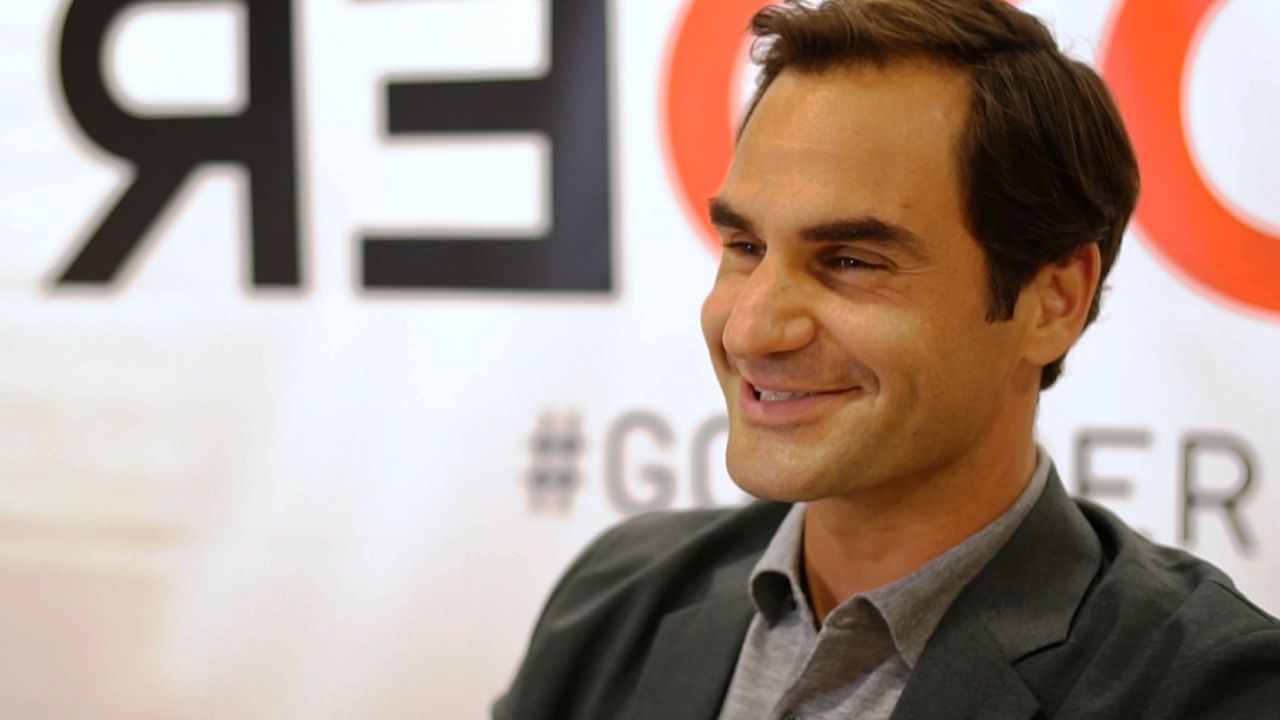 One on One with Roger Federer

NEW YORK - There are few signs that Roger Federer is slowing down, or even aging for that matter. After another incredible run at Wimbledon, where he just barely lost a five-hour heartbreaker against Novak Djokovic, Federer still looks as good as he’s ever looked.

A few months later, at age 38, Federer is back in Queens, where he hopes to win his sixth U.S. Open title.

“I’m really ready for the U.S. Open; I know this court suits me very well,” he said during an interview with NY1.

It’s not just the playing service that suits him. According to the superstar, he loves the New York crowds, too. “The stadium, the feel in general, the energy, the New York fans that I can draw from … [I] just got to play aggressive tennis.”

But before he takes the world stage Monday, Federer managed to find some time to meet with some of his fans at the UNIQLO flagship store in Midtown. He unveiled his new U.S. Open wardrobe, and also answered some questions after the session.

A confession from @rogerfederer: he hasn't taken the subway 🚃 in a long time. But he tells us he's ready for it as part of the @usopen experience.

Federer was mostly unfazed by some of the more intimate and probing questions, particularly the ones centering around how much long he can continue to play at such a high level.

“I’m expecting some tough [questions], and some, ‘What did he just say; what are you asking me?’ But I try to answer them the best way possible and, at the end of the day, you just got to stay yourself,” Federer said, a smiling inching its way across his face.

Media fanfare aside, Federer still thinks playing in front of throngs of tennis fans in Ashe Stadium is the ultimate experience.

“[It’s the] biggest stadium we have in the world, the switch from day to night. I like the fans in New York. They’re very loud. Once you get them started, you can’t stop them,” he said.

At 38 years old, @rogerfederer is entering unprecedented territory in the realm of professional tennis — most players his age don't compete for Grand Slams every year.

So, we asked him what the future holds for him as he nears his 40s. https://t.co/DzxMU1wxpM pic.twitter.com/NuNdHELFJl

At some point, though, things will stop for Federer. There will be a life after tennis, but he says that chapter hasn’t been written yet.

“You do wonder sometimes how much more is left. How much more of the lemon can you sort of squeeze out. Every drop?  Does it have to be every drop?” Federer said. “I really enjoy being on the road. [My] body is good, my mind still strong, and I feel I can still compete with the best. So as long as I feel this way, I think I can still play. And what’s to come next, I don’t want to think too far ahead because, if I do, I feel like I’m halfway there.”