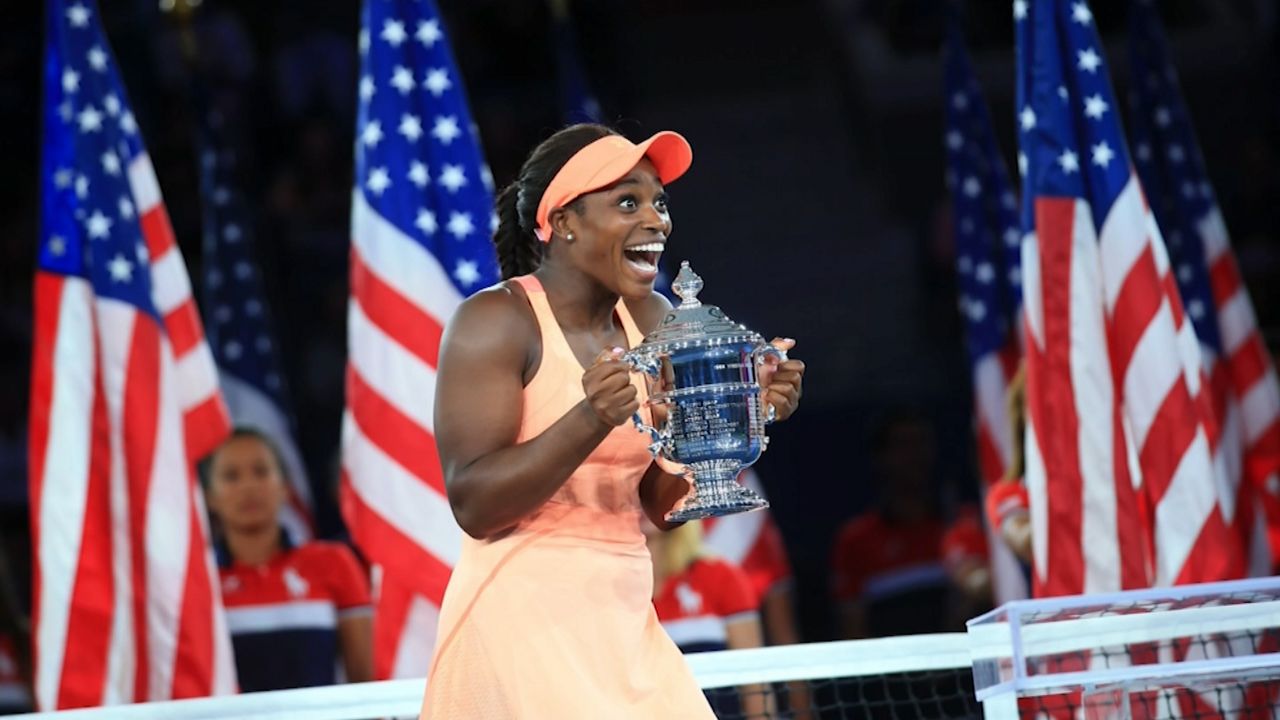 All of the tennis players looking on are thinking the same thing, ‘how do I get that forehand and that backhand?’

That's because they are watching 2017 U.S. Open Champion Sloane Stephens in action in a clinic sponsored by Mercedes-Benz where she met up with some aspiring young tennis players too.

"They are all so sweet and you know it's nice to see their passion and love for the game," said Stephens.

Stephens, seeded 11th in this year’s U.S. Open main draw which begins Monday, volunteered to be my doubles partner during a spirited game of king of the court .

Roger rushed the net a little early. Still fun though, aside from having to partner with me, Stephens says she enjoys playing here in Queens, as displayed by her victory two years ago over friend Madison Keys in the final.

"As an American winning in New York is probably in Tennis, I'd say in my career, that's the only thing I really ever wanted to do, and I think that dream coming true is incredible," said Stephens.

Stephens says she also enjoys the time here in town when she is not on the court, visiting favorite restaurants, seeing show, movies and tourist attractions.

"I like to be active and go out and see new things and eat new things, I feel like every time I come here there's some part of New York I have never been to or never seen, so it's nice to get out and explore," said Stephens.

On the court, Stephens has high hopes for this year’s open.

"I love playing here in New York so just being able to get a few matches here and play as best I possibly can is the goal and I'm looking forward to it," said Stephens.

While you might not get to play with Sloane Stephens, there's plenty of great stuff going on this weekend at the tennis center as fan week continues.

To find out more head to usopen.org.

And of course the main draw starts on Monday.