That figure includes 12% of New Yorkers who say they don’t plan to receive the vaccine, and 11% who are not sure if they’ll choose to receive it. 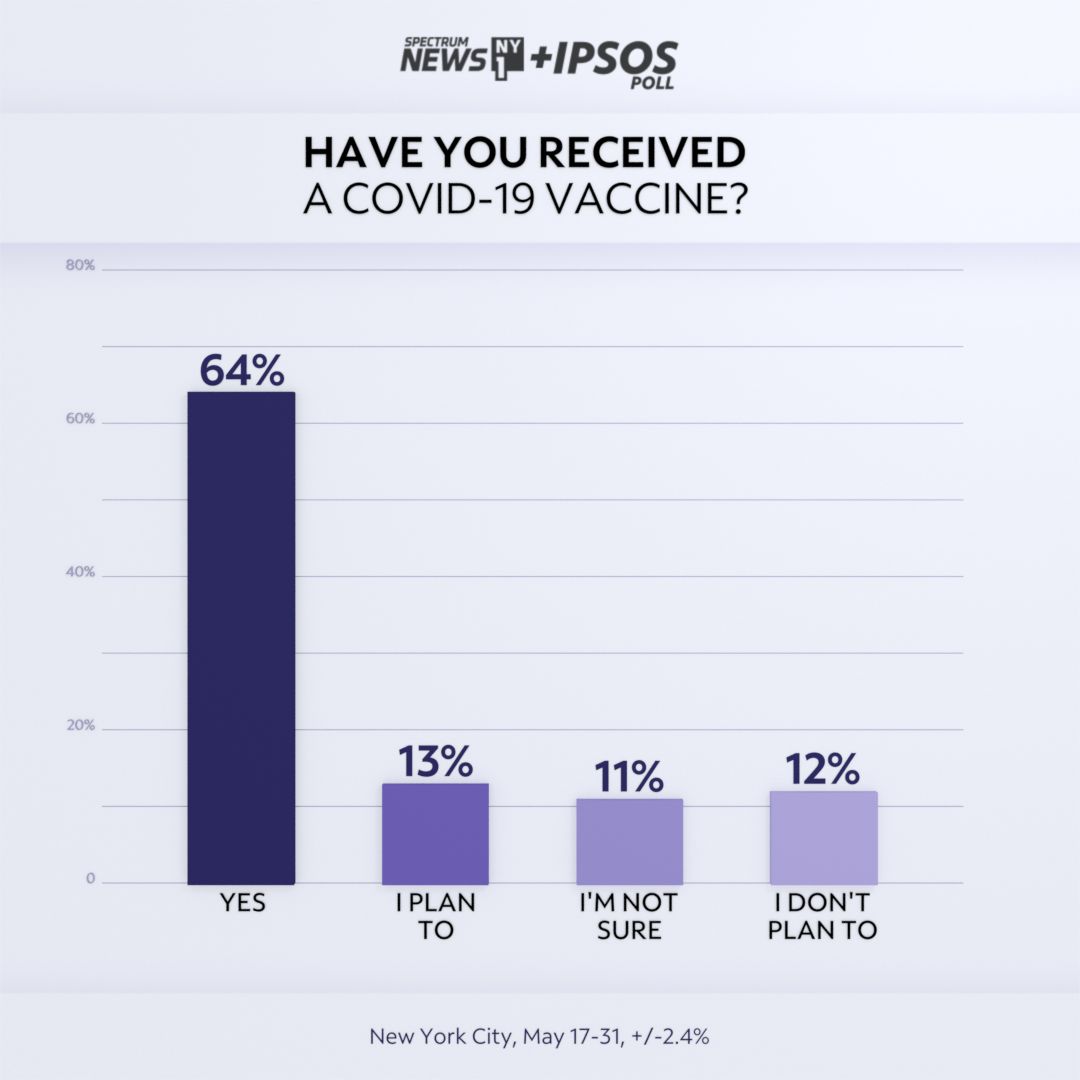 The combined total is largely unchanged from our last poll in early April, when the figure was 25%. 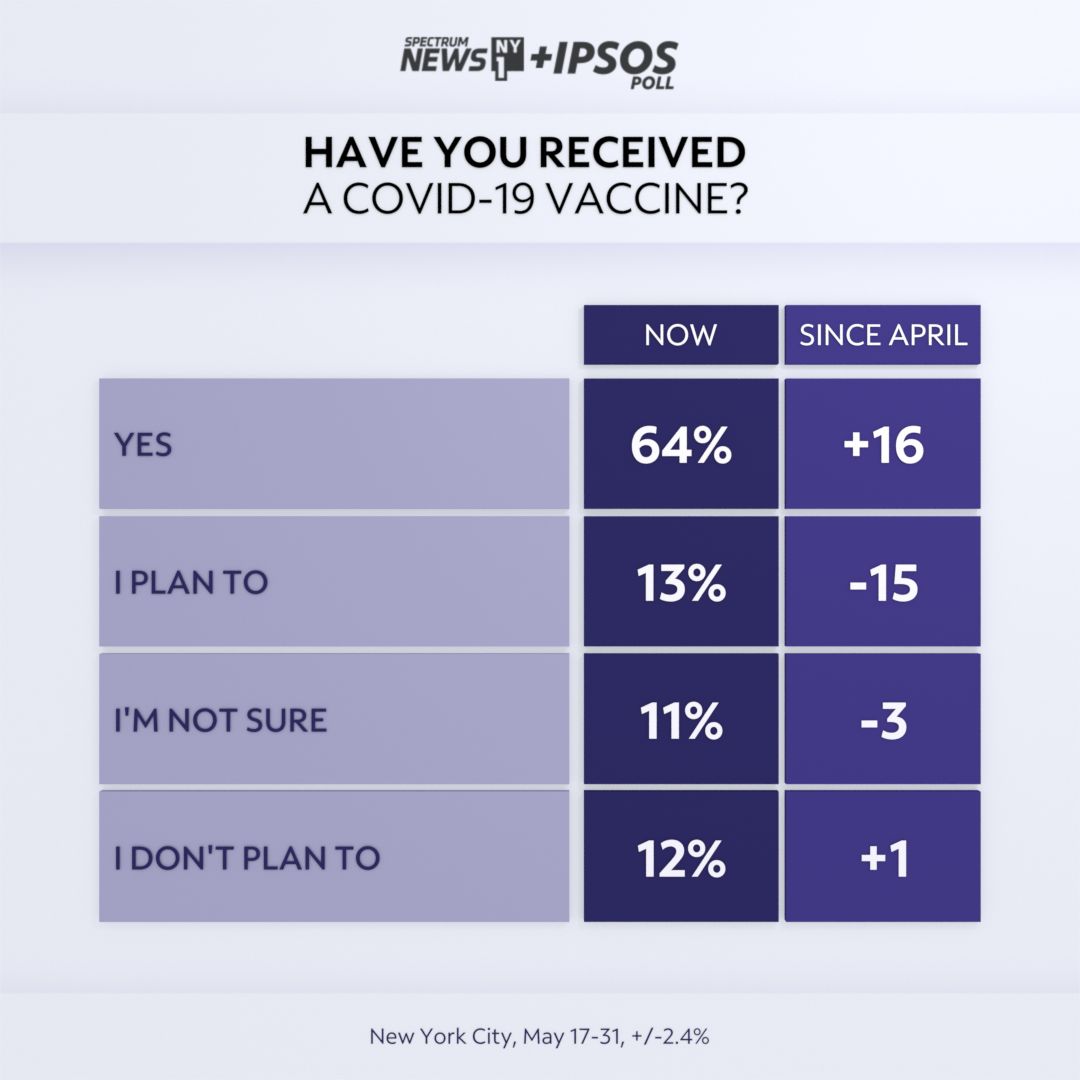 Meanwhile, nearly two-thirds of New Yorkers, 64%, said they’ve received at least one dose of the vaccine, including 52% who are fully vaccinated.

“This is something that we’re seeing both at the national level as well as here in New York,” said Mallory Newall, research director for Ipsos. “We’re sort of reaching that point where mass vaccination is starting to maybe slow down a little bit.”

Still, the 11% who are “not sure” would seem to indicate that minds can be changed.

“You have people that perhaps with a sustained information campaign, they could be persuaded to get vaccinated,” she said.